A timeline of the "Good Morning America" co-anchor relationship scandal

As Amy Robach and T.J. Holmes are temporarily dropped from "GMA3," a look back at the messy "distraction" 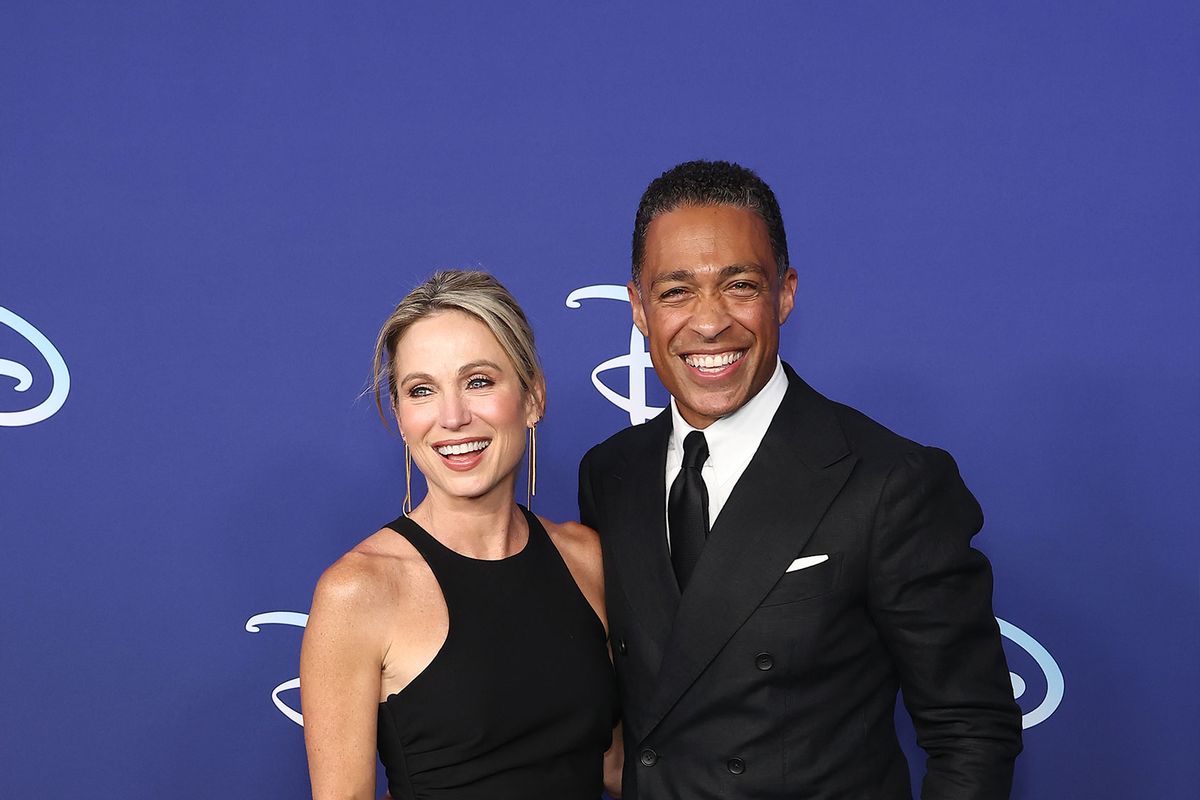 Old videos going viral. Instagram accounts going dark or scrubbed of photos. Wedding rings on and off. What is happening at "Good Morning America" with a rumored affair between co-hosts Amy Robach and T.J. Holmes?

Robach and Holmes, who are both married to other people, have been temporarily taken off the air as anchors on the afternoon spinoff "GMA3," the popular third hour of "Good Morning America," which is how they first met. This comes after sources told Entertainment Tonight on Friday that the co-anchors would "not face disciplinary action because they are two consenting co-workers, who are equals, in a relationship."

That all went out the window three days later when, according to Yahoo Entertainment, Kim Gordon, President of ABC News "told employees during an editorial call on Monday that while Holmes and Robach's consensual relationship 'is not a violation of company policy,' the network is trying to 'work through what's best' for the organization as the pair's relationship has become a distraction."

Salon breaks down a timeline of the events and allegations involving the two from their first meeting to now.

In March 2020, Robach started hosting a daytime program initially focused on the pandemic. That program eventually became "GMA3," with Robach as co-host. In September of that year, Holmes joined Robach as co-anchor of the program. According to Entertainment Tonight, the co-hosts "bonded over their love of running." By 2021, they became regular workout partners, even training together for the New York City Marathon, which they both finished (though Robach ran it alongside her husband, actor Andrew Shue of "Melrose Place" fame). "I was very proud of him," Robach said on "GMA3," speaking about Holmes running the marathon.

In the wake of affair allegations, a TikTok posted by "Good Morning America" in March of this year has gone viral. In it, the two co-hosts, both clad in workout gear, share running tips while joking on a loveseat together, Robach playfully swatting Holmes' arm several times.

An Instagram post Holmes wrote to his wife in March 2020 has also received newfound viral fame. Holmes is (still, as of this writing) married to attorney Marilee Fiebig and has three small children; Robach is (still) married to Shue. In Holmes' post, as reported by Cosmopolitan and others, he praises his wife for staying married to him for a decade "despite my best efforts . . . I gave her plenty of reasons, excuses, and opportunities to walk her fine ass out the doooooooor." The caption, which Holmes posted on his wedding anniversary, also says, "If she gave me another 10 weeks, I should consider myself lucky. If she puts up with me another 10 days, I'd be grateful."

About a year into their tenure as co-hosts, rumors began to fly about the two perhaps being more than simply friends, due to the palpable rapport they displayed on the air. "We were discussing our running plans . . . we were not focused on the show," Robach says in a clip where the two start a segment laughing and seemingly unprepared to talk to their guest. In other segments, they tease each other while doing cooking bits. As People wrote, "the pair's chemistry had been on display in the newsroom for a while."

Some onlookers felt that things escalated between the two when they were tasked with several bouts of royal reporting. The nature of being a daytime news show co-host is having multiple assignments in the field, often doing wacky stunts such as an open-air building ascent. Robach and Holmes were assigned to cover Queen Elizabeth II's Jubilee in mid-2022 and then the monarch's funeral later in the fall. They traveled together to London for these work-related events.

Several outlets have reported Robach and Holmes both left their spouses for each other during the summer of 2022, though exact dates seem to differ.

On Nov. 30, the Daily Mail published a series of photos of Robach and Holmes together. In the photos, the two look casual, holding coffee. There's another photo of them sitting close together at a bar, with full glasses of white wine before them, Robach looking down in laughter while Holmes leans over her. There's a close-up of the two of them holding hands in the back of a car, and a photo where Holmes touches Robach as she bends to the trunk of a car.

Glamour describes the images as "the kind of photos that seem like they could come only from a private investigator (who else is going to tail two news anchors upstate and hide in the bushes to snap photos of their car?), but who would have hired a PI? A spouse who then sold the images? A reporter for the Daily Mail?"

In the wake of the photos, both Holmes and Robach deactivated their Instagram accounts. On Dec. 1, Shue removed all the photos of his wife from his Instagram account, the same morning Robach and Holmes arrived on the set of "GMA3" together and one day after Robach missed her co-anchoring duties (skipping the show the day the Daily Mail photos dropped). On the Nov. 30 show, Holmes wore his wedding ring. By the next day, it was gone. According to Entertainment Tonight, Robach had stopped wearing her wedding ring on the air earlier in October.

The co-hosts' suspension from the show is being described as temporary as the network scrambles to figure out how to handle the whiff of possible infidelities from the popular anchors of a family show. While some viewers expressed disbelief and disapproval, others were swayed by the onscreen presence of Holmes and Robach together. Jezebel opined that the "co-hosts are receiving a level of support heretofore unfathomable for potential cheaters."

On the Dec. 1 show, when Holmes said, "Who's looking forward to the weekend?" Robach raised her hand and said, "Me."