Climbing trees helped our ancestors evolve to walk on two legs rather than four, study suggests 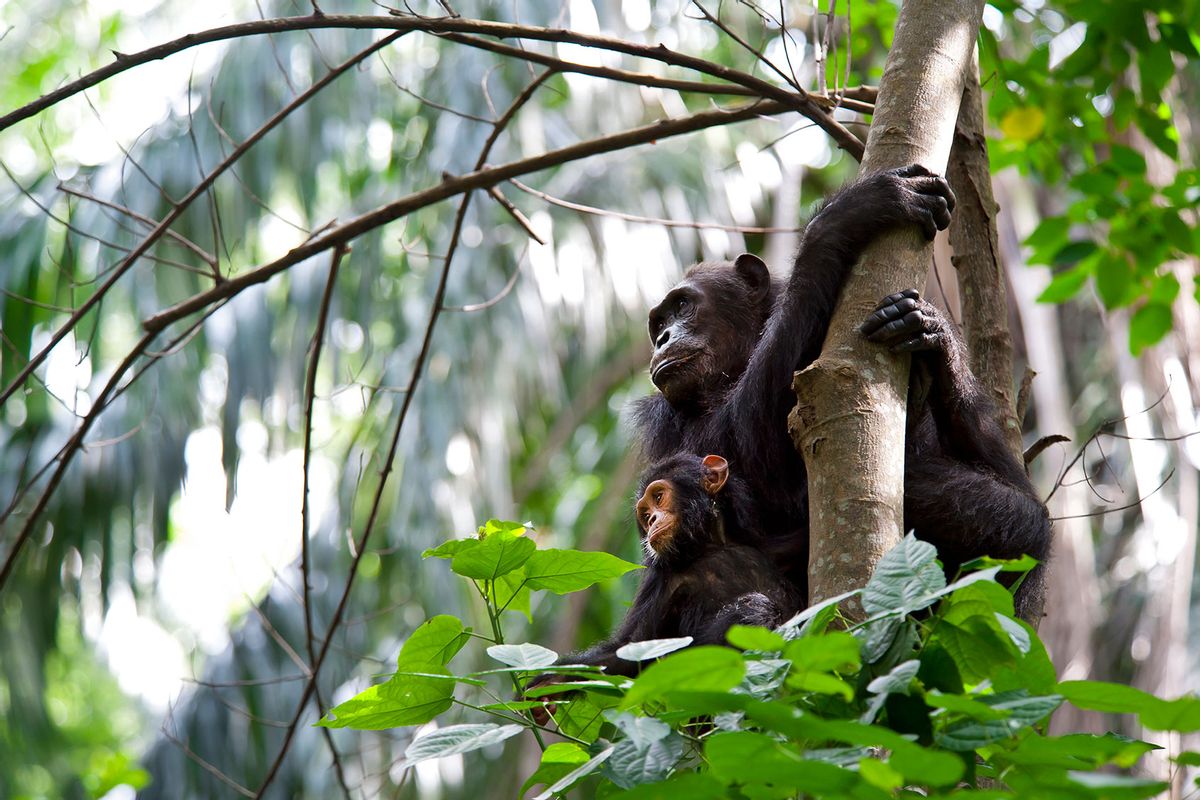 When a toddler takes its first steps, it's a formative experience for both parent and child. Walking upright is an inherent part of being human. And for centuries, scientists have been asking how primates, including us, evolved this ability,

It's a much bigger question than it seems. Most animals, including most mammals, are quadrupeds (or greater — many arthropods and insects have six or more legs). We, and a few other primates, are bipedal — meaning we walk on two feet rather than four. Understanding why we took on this trait can tell us more about how humans evolved, including our brain development. Because bipedalism allows for greater conservation of energy, not to mention freeing up our arms to carry tools, some anthropologists believe this behavior contributed to our brain size.

One of the prevailing theories on how humans evolved bipedalism has to do with climate change. Only this time we're not talking about anthropogenic (human-caused) climate change. Between 2.5 and 10 million years ago, the plains of Africa, the continent where humans first originated, were most likely forests.

But something happened that turned these jungles into vast grassy woodlands, or the African savanna we know today. One intriguing theory is that millions of years ago, an exploding star light-years away pummeled Earth with cosmic radiation in the form of X-rays, gamma rays and ultraviolet rays. This would have stirred up intense lightning storms that caused massive wildfires. Over and over, as the forests thinned out, it drove our evolution. The benefits of bipedalism were twofold: the ability to move more quickly between trees (where it's more safe) and increased capacity to see over tall grasses, to avoid predators.

Unfortunately, it's difficult to test this theory, because all of this happened so long ago. But a new paper in the journal Science Advances argues this theory might be wrong, based on observations of chimpanzee behavior. Instead, humans most likely learned to walk upright while still in the trees.

Researchers from the University College London, University of Kent, and Duke University spent hours studying the behavior of wild eastern chimpanzees (Pan troglodytes schweinfurthii) in the Issa Valley of western Tanzania, a country on the East Coast of Africa. This region is considered a "savanna-mosaic" because the landscape is a patchwork of dry, open land with few trees and occasional clumps of dense forest. This habitat is considered very similar to the ecosystems our earliest human ancestors came about.

Chimps exhibited bipedalism less than one percent of the time. But more than 80 percent of these occurrences took place in the trees. This suggests that bipedal behavior could have been more likely to evolve in forests.

"We naturally assumed that because Issa has fewer trees than typical tropical forests, where most chimpanzees live, we would see individuals more often on the ground than in the trees," Dr. Alex Piel, one of the study authors and an associate professor at UCL's department of anthropology, said in a statement. "Moreover, because so many of the traditional drivers of bipedalism (such as carrying objects or seeing over tall grass, for example) are associated with being on the ground, we thought we'd naturally see more bipedalism here as well. However, this is not what we found."

"Our study suggests that the retreat of forests in the late Miocene-Pliocene era around five million years ago and the more open savanna habitats were in fact not a catalyst for the evolution of bipedalism," Piel added. "Instead, trees probably remained essential to its evolution – with the search for food-producing trees a likely a driver of this trait."

Over 15 months, the researchers cataloged more than 13,700 instances of 13 adult chimpanzees (seven males and six females) moving around, as well as whether they were moving through trees or on the ground. Then, they compared this to instances of bipedalism. Typically, chimpanzees walk around on all fours, a behavior called "knuckle walking." But chimps also practice bipedalism, just not as often.

In this study, the chimps exhibited bipedalism less than one percent of the time. But more than 80 percent of these occurrences took place in the trees. This suggests that bipedal behavior could have been more likely to evolve in forests than savanna.

"Unfortunately, the traditional idea of fewer trees equals more terrestriality (land dwelling) just isn't borne out with the Issa data," Dr. Fiona Stewart, another study author and research fellow at UCL, said in the same statement. "What we need to focus on now is how and why these chimpanzees spend so much time in the trees — and that is what we'll focus on next on our way to piecing together this complex evolutionary puzzle."

Of course, chimpanzees are not humans. We did not evolve from them and they did not evolve from us. However, we did share a common ancestor many millions of years ago, and we are still pretty similar genetically. But at some point, our evolutionary trees branched off. So perhaps the conclusions we can draw from this data are limited. Nonetheless, when it comes to bipedalism, this research suggests we should reconsider where this important trait originated.