For decades, the search for extraterrestrial life was a fringe pursuit; now, experts are taking it seriously 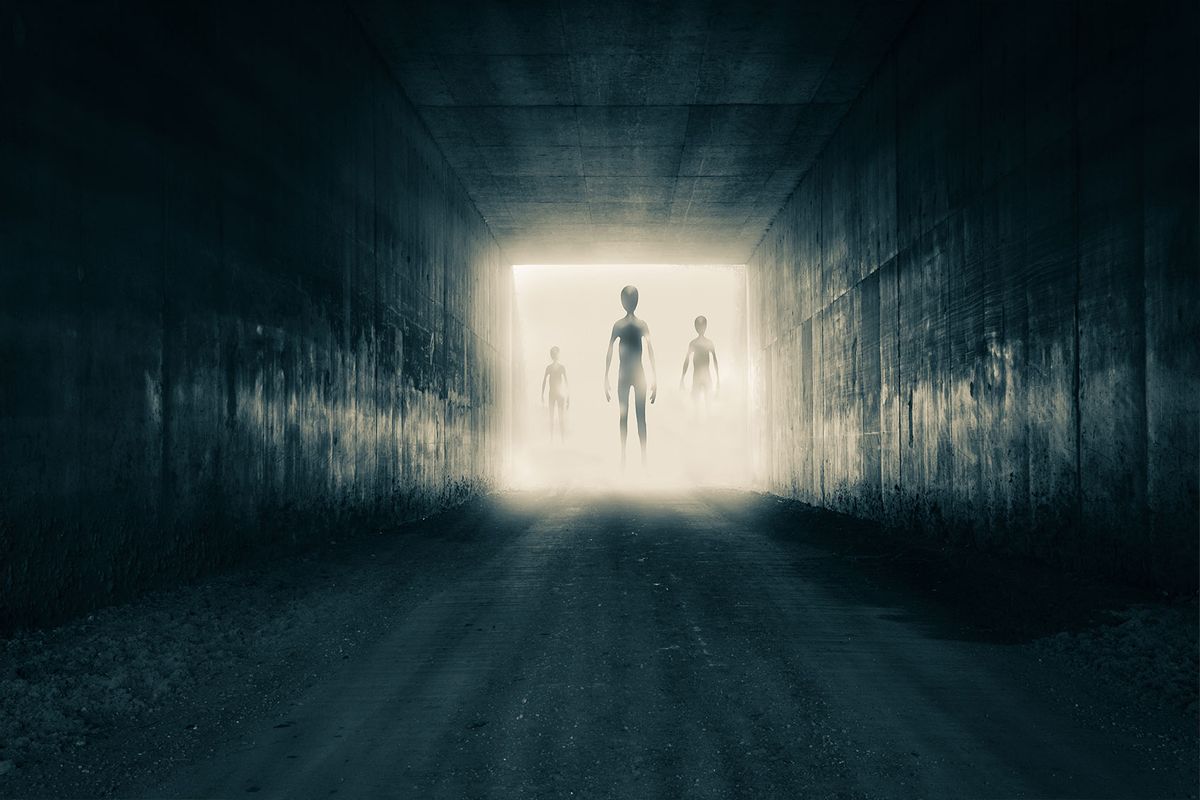 It is unusual enough for a theoretical physicist to be a celebrity, but Dr. Avi Loeb's situation takes the strange factor one step further. Speaking to Salon about the seismic shift in public opinion about the search for extraterrestrial life, Loeb offhandedly mentioned that he has a considerable fan base in Iran. Given that Loeb is Israeli, I could not help but comment on the beauty of seeing potential geopolitical and religious hostility surmounted in the name of scientific curiosity. Loeb enthusiastically agreed.

"It underlines the fact that this is a subject that unites," Loeb told Salon.

"There is this third dimension of space which offers so much more exciting information and perspective that we tend to ignore."

It also emphasizes the fact that 2022 was an interesting year overall for the search for extraterrestrial life. Once considered the realm of cranks and fringe conspiracy theorists, respectable institutions and scientists — including the Pentagon and physicists like Loeb, a Harvard University professor who specializes in astrophysics and cosmology — took a sober and serious look at stray bits of evidence that might point to extraterrestrial intelligence at work in the universe.

Dr. Scott Hubbard, a physicist who engaged in space-related research for more than 45 years, including 20 years with NASA, used a scene from the 1977 film "Close Encounters of the Third Kind" to illustrate how this is happening. In that movie, a commercial airline pilot spots mysterious lights but with comical awkwardness admits he would not be comfortable reporting his legitimate UFO sighting.

NASA is convening a panel to study unidentified flying objects. What do they hope to find?

"For a long time, it could be career limiting for people who are trained pilots or in a position of some authority to give a report that looked like that," Hubbard explained.

That is why he regards it as a very big deal that the Director of National Intelligence and NASA announced in June that they are convening a panel to publicly report on what humanity knows for sure about UFOs. Experts in aeronautics, data analysis and a range of other disciplines are convening to examine declassified information about all manner of unidentified flying objects. The panel is reacting in part to video recordings made by Pentagon pilots, some of which have been released to the public, and all of which seem to show UFOs in the sky. They are not by any stretch arguing that these in themselves prove that extraterrestrial life exists; they are rather setting out to make practical suggestions about matters like national security and protecting aircraft.

"Given the paucity of observations, our first task is simply to gather the most robust set of data that we can," astrophysicist David Spergel, who is leading the independent study team, said in the official NASA statement at the time. "We will be identifying what data – from civilians, government, non-profits, companies – exists, what else we should try to collect, and how to best analyze it."

Loeb, who told Salon that he had suggested a panel along these lines to NASA in June 2021, was informed by NASA that he will not be invited to participate because of a conflict of interest involving his own organization The Galileo Project, which is also studying UAPs (a term for "unidentified aerial phenomena"). Like the NASA panel, The Galileo Project hopes to release its findings in the middle of next year. Unlike the NASA panel, The Galileo Project is also planning a sea expedition to CNEOS 2014-01-08, a two-foot long space object that crashed in the ocean in 2014. In 2022, the US government confirmed for the first time that the meteor — which landed a hundred miles off the coast of Papua New Guinea and exploded — came from outside the solar system.

"The release of the light curve of the fireball there indicated that this object was tougher than all other space rocks that were cataloged by the US government," Loeb told Salon. "So that means that whatever its origin is, it must be different than the solar system, because all of these other space rocks are likely to have originated from the solar system." Loeb has hired "world class experts" from past ocean expeditions to reserve a boat and hopes to collect fragments from the meteor by May 2023. His expedition has been gathering steam as 2022 comes to a close.

Yet despite the promise of CNEOS 2014-01-08, 2022 was also a year for pointing out more mundane explanations for UFO sightings. In Loeb's case, this happened when he debunked the notion that UAPs spotted over Ukraine after it was invaded by Russia might be otherworldly in origin.

The search for extraterrestrial life was not limited to anonymous interstellar objects that made their way to Earth. One of the prime candidates for extraterrestrial life in our solar system is Europa, an icy moon of Jupiter that in photographs resembles a cue ball covered in scratches. Reviewing data from NASA's Galileo orbiter, whose mission ended in 2003, scientists learned that the briny oceans beneath Europa's icy crust are not alone. The moon is likely also home to innumerable saltwater lakes, raising even further the possibility that life exists on the Jupiter-adjacent body. The lakes and oceans alike are teeming with vital ingredients that could lead to the creation of biological entities.

"The Perseverance mission on Mars is well along in collecting the samples that will ultimately be returned to Earth and... it looks as though these are loaded with organic materials which could be what I call the fingerprints of life."

"Since those early indications that under the thick ice crust there was briny, salty water, and the detection of what appeared to be organic materials seeping out through fissures and cracks, Europa has been an object of intense interest in what is called the astrobiology community," Hubbard told Salon.

It is not only Europa that gives humanity hope for life beyond the limits of our atmosphere. Mars may have harbored life at some point, and more intense study of the planet might eventually reveal that secret history.

"I would like to add that the Perseverance mission on Mars is well along in collecting the samples that will ultimately be returned to Earth, and from the instruments on the Perseverance rover, it looks as though these are loaded with organic materials which could be what I call the fingerprints of life," Hubbard told Salon.

In similar Mars-related news, 2022 was the year in which a scientific paper raised the possibility that the red planet was once teeming with life — but that climate change caused by archaic life forms put a stop to that. Specifically the scientists argued that life may have flourished in Martian regoliths by being suffused with salt water and protected from ultraviolet and cosmic radiation. The subsequent microbes would have consumed hydrogen and carbon dioxide and then belched out methane, eventually changing the atmosphere of their planet.

"The predicted atmospheric composition shift caused by methanogenesis would have triggered a global cooling event, ending potential early warm conditions, compromising surface habitability and forcing the biosphere deep into the Earth crust," wrote the authors of the paper for the journal Nature Astronomy.

As the astronomy world enters 2023, the prospect of historic announcements about UFOs and extraterrestrial life means there is reason to have hope for the future as well as apprehension.

"What I often say is that we tend to focus on this two dimensional surface of the rock that we were born on, that's the Earth," Loeb told Salon. "There is this third dimension of space which offers so much more exciting information and perspective that we tend to ignore. We don't look up. And of course, if we do discover a gadget from another civilization that is far more advanced than we are, then it'll bring a better perspective to our life as well as educate us about science and technology in ways that we don't possess."