The best TV title sequences of 2022, from dance numbers to dystopic workday dreams

Our favorite shows make us want to jump right in, but these openers made us ignore that "skip intro" button 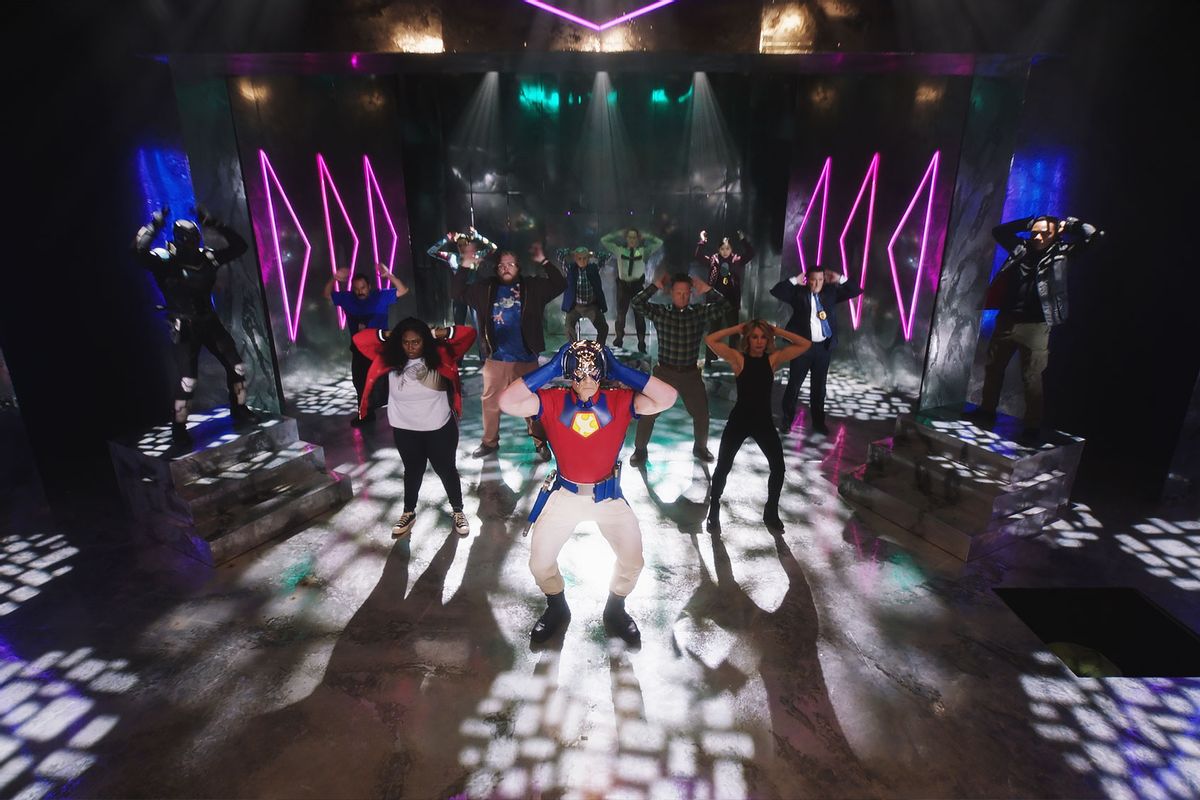 Defining excellence in a title credits sequence should be easy in the streaming era. Now that it's possible to skip a show's opening text and images with the click of that "Skip Intro" button, any credits you'd willingly sit through each time should qualify as a winner. Right?

If only! That innovation has only upped the creative stakes for producers to the point that now, in 2022, we have a surfeit of shows with aggressively toothsome opening sequences. Some of that greatness heavily bites other titles, mind you – which isn't a crime.

Giving art world fans something to swoon over in the Magritte-influenced opener to "Irma Vep" or the Saul Bass-flavored titles for "The Afterparty" is a blessing. Where the too-familiar opening titles for "House of the Dragon" may have underwhelmed, the homage paid to it at the top of "Guillermo Del Toro's Cabinet of Curiosities" was magical. The courtroom illustrator-influenced drawings for "She-Hulk: Attorney at Law" captured the tongue-in-cheek sparkle of its tone.

We could go on, but instead, let's look at the title sequences that rose above the best examples of the art form for reasons beyond visual appeal and examine why we savored each of them every time they crossed our screens.

The 6 best TV episodes of the year, from beignet bites to a deadly dance
06
"Our Flag Means Death," HBO Max.

Top expressions of creativity don't always employ elaborate digital effects polished by a team of illustrators. Sometimes the best ones look like they were made by human hands, using tangible and possibly found objects to capture the story's essence. In the case of this droll comedy about a wealthy 18th-century gentleman turned bungling buccaneer, that requires visualizing many different feelings.

From one week to the next, viewers could never be sure whether the title would appear on a flag, which it did a couple of times, or be rendered in seaweed or children's toys, or carved into wood or a skull or a dead man's chest. Each was practically created by the art department save for one week's title, where it's engraved on the moon.  These moments are sweet and brief enough to view skipping them as a crime worse than piracy.

Salon spoke with Katrina Crawford and Mark Bashore of studio Plains of Yonder regarding the meticulously placed symbolism throughout the wallpaper-inspired opening credits of Season 1. In the second season, the pair goes even deeper and more intricate by taking inspiration from the Italian setting to paint ominous hints and clues within their homage to classic paintings and frescoes.

Passionate analysts likely recognized a few crossover images from the first season; in each of them, monkeys feature prominently, but only in the second season they're fancily dressed. They also may have recognized a few personality Easter eggs insinuated in images such as the backbiting bird on the card listing Aubrey Plaza's credit, corresponding to the mood of her prickly vacationer Harper. And there are scenes of dominance entwined with sexuality: rutting goats, lovers spied in bed together. One, however, achieves the height of its enjoyability only after the season finale. We won't specify why beyond saying: beware of cats toting fish.

Some shows seem to take their franchise familiarity for granted to the point of approaching their credits sequences as an afterthought, acknowledging that we're there for the universe and not the details. That is not the case with the opener to "Strange New Worlds," a series that boldly dared to expand the U.S.S. Enterprise's voyage to tell the story of Captain Kirk's mentor and predecessor Christopher Pike. Given that the show hired Anson Mount to establish Pike as the universe's No.1 Space Zaddy, it's all but required that the credits equal his ability to get us all tingly.

That they do through Jeff Russo's opening theme, which incorporates notes from the original series' melody with dreamy images of prismatic colored nebulas, jewel-like asteroid belts, and other mesmerizing sights along the Enterprise's cruising path. Together this sequence taps into the fandom's bottomless well of affection and memory while promising to honor the classic's spirit with an unexpectedly fresh vision.

The Internet is brimming with dancers choreographing moves to their favorite TV themes, so if James Gunn's decision to provide a dance for everyone to emulate, set to Wig Wam's glam rock extravaganza "Do You Wanna Taste It," is the definition of fan service.

Charissa Barton's choreography does something special, which is creating a crisp dance number out of a succession of moves that amount to truly terrible dancing. But it's also a dance that anyone can learn quickly. (Even Eagly gets a sweet moment.) Curiously, that wasn't Gunn's intent in playing John Cena in the spotlight position of the opening number. In the first episode of the official "Peacemaker" podcast, Gunn explains that it takes on an ulterior significance as the series progresses. "You'll see as our story gets darker, deeper, and more sad, that the dance itself kind of becomes more sad and more serious and less funny," he tells the hosts.

Even if it doesn't, there's no way you won't want to taste it every time you tune in.

Weeks before the audience was made aware of the true nature of the "severance" process, let alone what Lumon Industries does, we got what Ben Stiller was saying about the fallacy of work-life balance – mainly because we either live in that lie or have in the past. The notion of surgically separating your psyche into "innie" and "outie" identities sounds more oppressive than bearing the workday. An "outie," who only knows life outside of work, doesn't get to experience much of life beyond the few hours that they're awake. But an "innie" never sleeps or creates memories of life beyond the workplace. That describes Hell.

Artist Oliver Latta, who goes by the moniker extraweg, captures that strange existence in his Emmy-winning opening title sequence featuring an eerily accurate likeness of Adam Scott's Mark. Mark's "outie" stumbles through life in his pajamas while his suit-dressed "innie" pilots his body at his cubicle. As the sequence progresses, the two halves find it increasingly impossible to keep out of each other consciousness, and chaos spills into order like an upended cup full of coffee . . . or Marks.

Gorgeously filmed and blessed with an exceptional cast of actors, "Pachinko" stands as one of the year's most satisfying visions. In no way can it be described as light fare, suitable to a story about a Korean family's endurance during the era of Japanese occupation, both in their mother's birthplace and their eventual adopted home country of Japan.

But the jubilant opening credits remind viewers at the top of each episode of the story's unifying outlook in the brightest way possible: the truth that nothing in life is certain or guaranteed. Nestled between archival footage from the past and historic photos, including shots of younger versions of these characters, are scenes of every cast member rapturously dancing to The Grass Roots' 1967 tune "Let's Live For Today" in the aisles of a rose-colored pachinko parlor.

Its marriage of style and genuine exuberance make it impossible to pass up and is a steady reminder that regardless of the struggles we witness this family facing, the chance to live that kind of joy makes it worthwhile.