What to watch on Netflix in December, including Letterman's Zelenskyy interview and a new Pinocchio

From a Christmas classic to an American persistently in Paris, here are some shows and films to close out the year 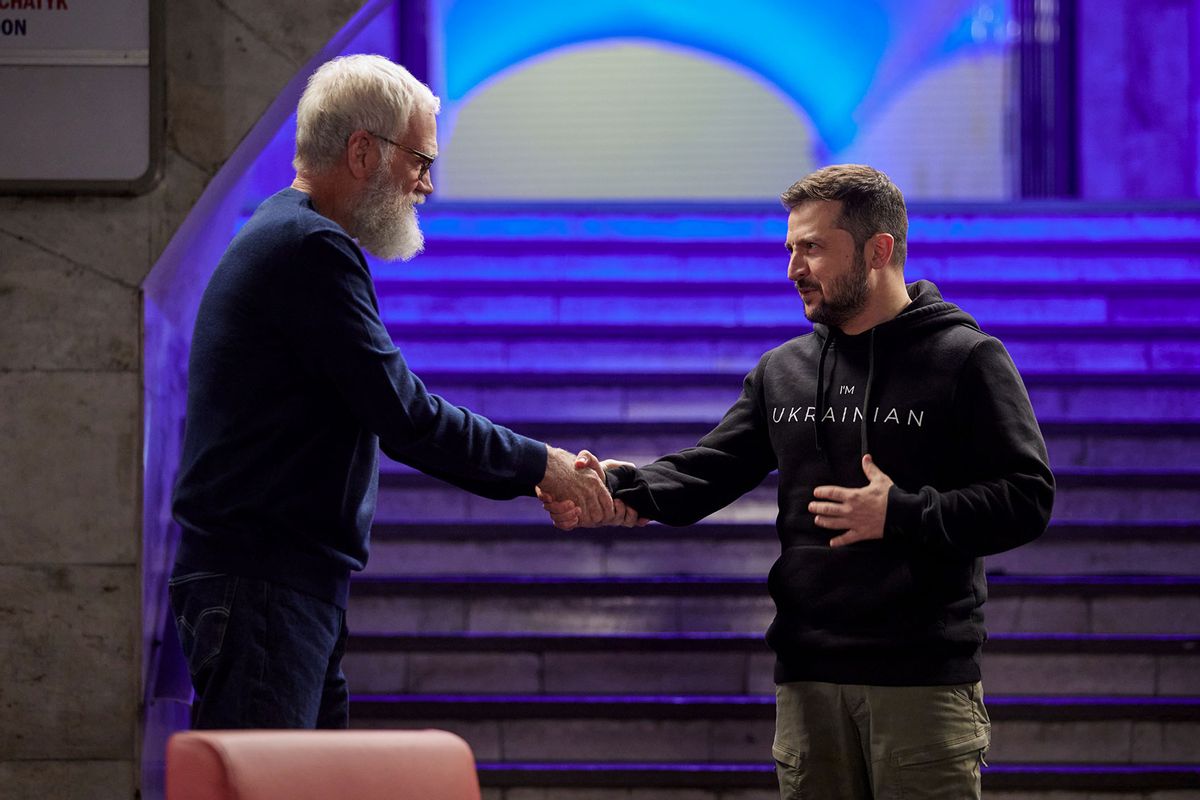 The decorations are up. (Well, they've been out in stores since October, anyway.) The fancy Thanksgiving dishes have been placed away on a high, dusty shelf once more, your relatives have flown home again, you're eating your way through leftovers — and we're finally launching into the last, frenzied month of the year.

With a new month comes a new slate of streaming programing on Netflix, enough shows and films to satisfy everyone on your list, from the naughty to the nice. Wrap gifts in the company of comedian Chelsea Handler, learn something with Robert Downey Jr., or unwind from stressful work deadlines with a romp of rich people figuring out a puzzle as "Glass Onion: A Knives Out Mystery" finally arrives in our homes. And though the streaming service has dipped more than a toe into the deep snowy field of Christmas films, fortunately not everything upcoming on Netflix is holiday-themed.

From an American fashionista is still in Paris for some reason (she's never leaving, folks) to a holiday classic as interpreted by Luke Evans to David Letterman interviewing Volodymyr Zelenskyy, apparently, Salon highlights some of the new and compelling treats coming to Netflix this December.

Check out our picks for a Netflix December below.

Scammers have been huge in culture lately, from the fictionalized Anna Sorokin of "Inventing Anna" to the true love crimes of "The Tinder Swindler" (say that five times fast). "The Masked Scammer" delves deep into another one, a French con artist who scammed French elite to the tune of millions of euros. The Netflix doc promises to be a little different in that this story not only features interviews with the con man's victims but his accomplices. Très intéressant.

Another adaptation of a classic novel: a socialite, unhappy in her marriage, begins an affair with the gamekeeper on her husband's estate in the country. This is more than simply a torrid affair, however: it's love, and D.H. Lawrence's tale, hugely controversial at the time of its publication, explores the complex emotions and individual awakenings of a powerful, true relationship. If you like your stories sweeping, romantic and tinged with tragedy, this fresh take on "Lady" is for you.

You know the story. Grumpy, selfish Ebenezer Scrooge is visited by three spirits, hell-bent on teaching him the meaning of Christmas. But you've never seen Scrooge like this: specifically, played by Luke Evans in a musical, animated adaptation. Will cruel Scrooge change in time for Christmas morning? Is Tiny Tim dealing with ableism? Can Olivia Colman sing? (She was the queen, so I should think so.) Tune in to find out.

In the documentary "Sr.," Robert Downey Jr. explores the life of his father, cinema pioneering legend Robert Downey Sr. An actor and filmmaker, Downey Sr. became famous for low-budget, often absurd underground films. He wrote and directed "Putney Swope," a satire about the New York advertising world in 1969, and a 5-year-old Downey Jr. made his film debut in an absurdist film by his father, 1970's "Pound."

Stop-motion, a classic tale and Guillermo del Toro? You had us at del Toro. The Oscar winner, creator of "Pan's Labyrinth," "The Shape of Water" and Netflix's new "Guillermo del Toro's Cabinet of Curiosities," reimagines the story of Pinocchio, the puppet who became a boy, in this animated film. With songs by Alexandre Desplat, Roeban Katz, del Toro and Patrick McHale, this adaptation promises to become a cool, magical classic. When it gets dark and chilly at four in the afternoon, nothing says the winter holidays like slightly unnerving children's stories.

Everyone's favorite hapless "ugly American" returns. She knows how to eat in France, at last, and she knows how to love as the Darren Star-created heroine frets between multiple dashing love interests in the city of lights. In this season, she's torn between jobs as well. "Emily in Paris" has never been the most substantial of stories, but as elevated by the performances of Philippine Leroy-Beaulieu, Ashley Park and Bruno Gouery, it's the perfect, cheery background accompaniment to wrapping gifts or cooking dishes chef Gabriel would probably not approve of.

A sequel to the blockbuster hit film "Knives Out," the new "Glass Onion: A Knives Out Mystery" was released in theaters in late November. It comes to Netflix just in time to reward yourself for putting up with your terrible uncle at dinner or getting your holiday shopping all done. The star-studded cast of the witty mystery includes Edward Norton, Janelle Monáe, Kate Hudson, Kathryn Hahn and Daniel Craig in the most delightful wardrobe like a dandified James Bond.

Toss a coin to this "Witcher" prequel, set thousands of years before the popular fantasy show which delighted audiences (and then destroyed them when its hero, played by Henry Cavill, was recast). The prequel is a limited series in the same elven world, featuring the likes of powerhouse "Everything Everywhere All at Once" star Michelle Yeoh and Minnie Driver . . . in elf ears?

A common theme in December programming? People are back, baby. This time, it's Handler in a new stand-up special. In her latest routine, the comedian (and former Netflix talk show host) covers such topics as her decision to not have children (only dogs) and the pitfalls of dating during the pandemic.

Don DeLillo's classic novel, winner of the National Book Award, follows a college professor and his family as they navigate an emergency "airborne toxic event" in their idyllic town, not to mention all the toxic trappings of modern-day life. Given the film treatment by Noah Baumbach, the adaptation, starring Adam Driver with a receding hairline, Don Cheadle and Greta Gerwig with my crimped hair from middle school, promises to be rife with family drama, dark humor and the search for meaning in an increasingly meaningless and apocalyptic world.

"My Next Guest with David Letterman and Volodymyr Zelenskyy" Coming Soon

Letterman's Netflix specific talk show "My Next Guest Needs No Introduction" is back. This time, the former late night host travels to Kyiv, Ukraine to speak with President Volodymyr Zelenskyy. The conversation promises to be insightful and illuminating, as the popular Zelenskyy has spent nearly a year fighting a war against Russia, who invaded Ukraine in February. Letterman's past president interviews include speaking with Barack Obama.