10 best ways to repurpose Thanksgiving leftovers, according to Reddit

Finishing Thanksgiving leftovers doesn't have to be a chore. Enjoy the extras in these fun Reddit-approved recipes 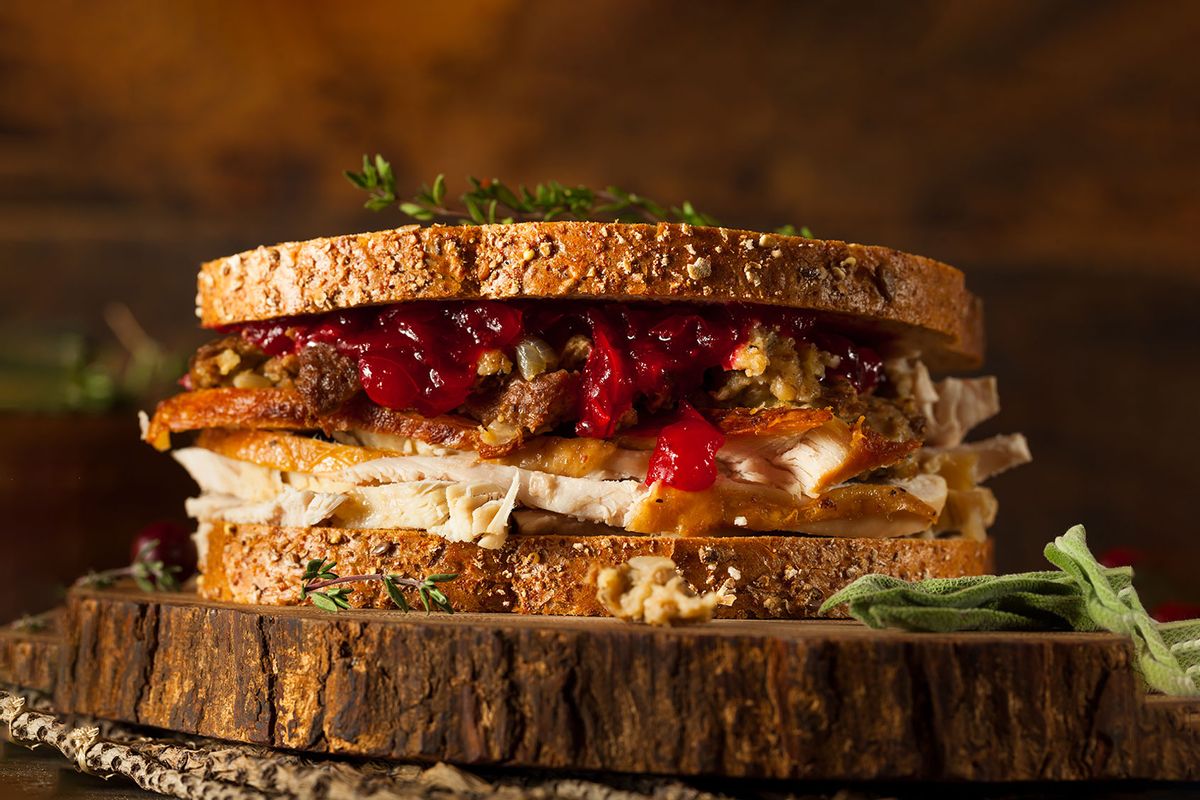 The best part about Thanksgiving is undoubtedly the leftovers. From heaping bowls of mashed potatoes and cranberry sauce to platefuls of sliced turkey and stuffing, a hearty Thanksgiving feast is bound to leave behind extras.

Sure, leftovers can simply be warmed in the microwave and eaten the following days. But the best way to enjoy them is in a variety of repurposed meals. Cranberry sauce can be used as jam in classic PB&J sandwiches. Stuffing, corn, turkey and gravy can be incorporated into an autumnal shepherd's pie. And mashed potatoes can be transformed into bite-sized croquettes.

9 ideas for what to do with Thanksgiving leftovers, Salon-style

Here to inspire your Thanksgiving leftovers concoctions is Reddit's trusty culinary community. Whether you're a fan of savory dishes or sweet treats, the online home cooks have something special just for you:

Per user u/MaxFrost, this quick & simple meal only requires tortilla chips, cheddar cheese and shredded turkey meat. Simply pile on the ingredients, bake them in the oven or warm them in the microwave and then adorn the nachos with additional toppings, like sour cream, extra cheese, jalapeños, cubed avocados or pico de gallo.

"[A] squeeze of lime juice or something similar to brighten it all up," another user suggested additional toppings. "[S]ome green onions would be great on that too…"

This lunchtime staple incorporates a full Thanksgiving dinner into one cohesive sandwich. Take some toasted bread, then cover one side with leftover cranberry sauce. Add a layer of turkey — thinly sliced or shredded meat works best — pan gravy, a layer of mashed potatoes and some roasted root veggies.

"I took it one step further and buttered my 'turkey dinner' sandwich and threw it on the panini press," recommended user u/gabbosob.

User u/In7el3ct's recipe calls for leftover turkey, mashed potatoes, gravy, stuffing and curried cauliflower, which are all fried into one large pancake. To help bind everything together, try adding an egg or two into the mix.

"It's amazing and I suggest everyone here try it at least once," they added.

To make this chowder start by making a roux with sautéed mirepoix, a flavor base made from diced vegetables, in butter and flour. Then add seasoned turkey stock made with leftover pieces of meat, cream and cubed potatoes and cook them until they are tender. Finish the dish off with spices and herbs — like fresh sage, rosemary, or other traditional poultry seasonings, per user u/TheyCallMeSuperChunk — and salt, pepper and a sprinkle of ground cayenne.

Unlike Julia Child's Old-Fashioned Hash, user u/NoraTC's homemade rendition begins with a layer of stuffing on the bottom of a 9x13 baking dish that's browned under the broiler. It's then topped with leftover gravy mixed with chopped hard boiled eggs and cubes of turkey. After baking the dish, it's layered with mashed potatoes and broiled until the hash is slightly browned. The dish is then garnished with French's fried onions and placed under the broiler one last time.

"This is pretty specific to our traditional menu, but is a perfect low key way to revisit the big meal," they wrote.

Canadian Thanksgiving may have taken place last month, but that doesn't mean it's too late to enjoy Canada's most popular street food. User u/swiftb3's recipe for a Thanksgiving-inspired poutine calls for fries, which are then doused with gravy and topped with cheese sauce, cranberry sauce and shredded turkey.

This Puerto Rican soup, suggested by user u/petitbleu, is traditionally made with spiced chicken thighs, but is also amazing with leftover turkey. Alongside the turkey, the soup calls for adobo seasoning, sazon seasoning, sofrito, chicken stock, medium grain white rice and a medley of veggies, like celery, carrots and red bell peppers.

"The flavors in the soup are also really different from 'Thanksgiving flavors,' so it's a welcome change of pace," u/petitbleu wrote.

An easy way to use leftover mashed potatoes is to make homemade gnocchi, which are small Italian dough dumplings made from wheat flour, egg, salt, and potato. User u/ccots instructs to add an egg for every two cups of mash and about a cup of flour, depending on the potatoes' creaminess and consistency. The dough, they say, will probably be "looser" than traditional gnocchi dough, so it's better to pipe the dumplings into boiling water using either a pastry bag or a ziplock bag and scissors.

User u/aleapatthewheel's recipe for Thanksgiving-inspired PB&J sandwiches uses cranberry sauce (mixed with a bit of xanthan gum or cornstarch slurry for added thickness) in lieu of jam. The sandwiches are best made with toasted baguette slices or warm brioche buns for an extra hint of sweetness.

Unsure what to do with leftover slices of pie? Just blend them with ice cream and then top the treat with a generous dollop of whipped cream! User u/ElephantTrash recommends making the shake with pumpkin pie, which is their personal favorite flavor.