These actors weren't just in some of Salon's favorite shows of the year, but they kept us coming back for more 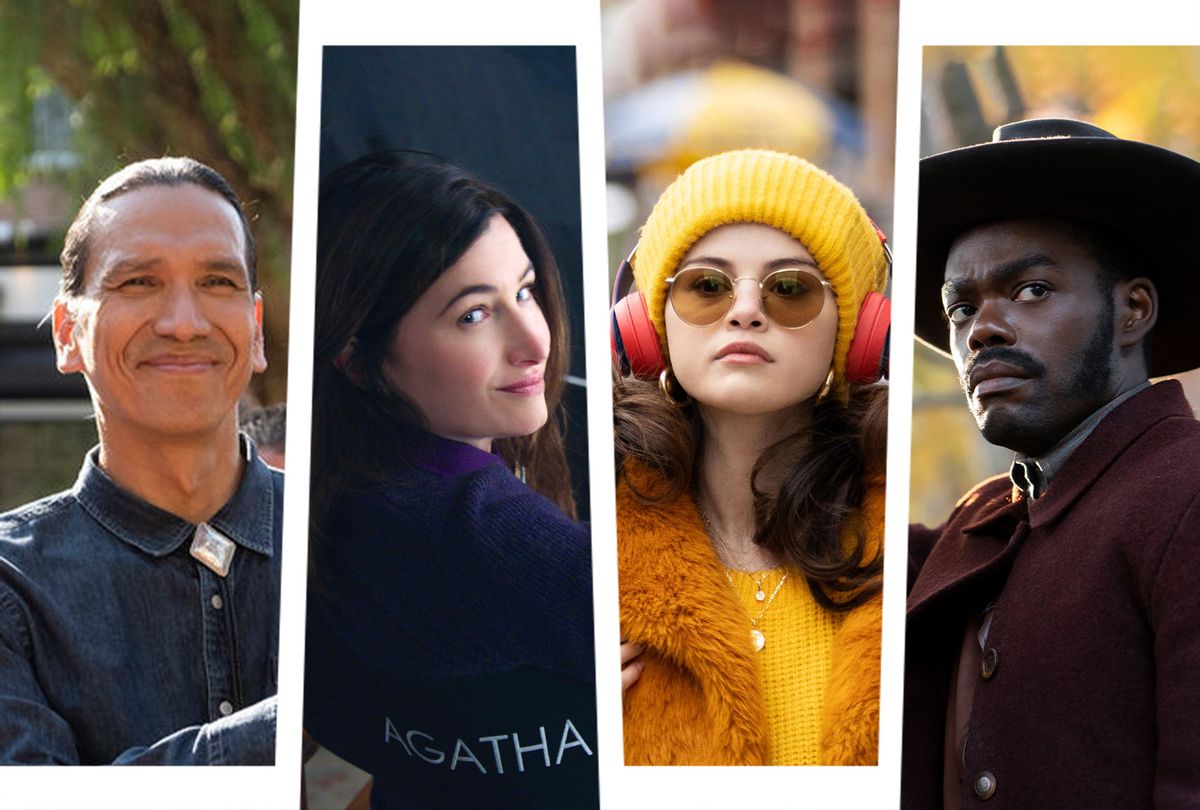 It's no secret that 2021 could've gone better . . . a lot better. Our hopes, which were only tentatively raised on Jan. 1 were dashed five days later. Is it any wonder that we retreated to the relative comfort of our TVs once again?

As the second year of quarantine raged on, escapism was still on the menu ("FBoy Island" anyone?). However, our viewing habits branched out a bit more, thanks to actors who didn't let a pandemic slow them down.

Never underestimate the power of a familiar face, especially on television. Just look at the undiminished popularity of soaps, not just for their addictive storytelling, but for the actors who come into our homes regularly and build a relationship and trust with us.

It's why so many actors we haven't seen in a while make a comeback in heartwarming holiday movies, all the better to reel us in with their comfortable presence. Where they go, we shall follow.

Add to that list these four actors, who've already had a solid resume going for them and didn't need any breakout to win us over. And yet, they continued to deliver, surprising us with new sides we hadn't seen before . . . and many of them delivered yet again in the same year.

Here, Salon presents to you our television MVPs for the year: 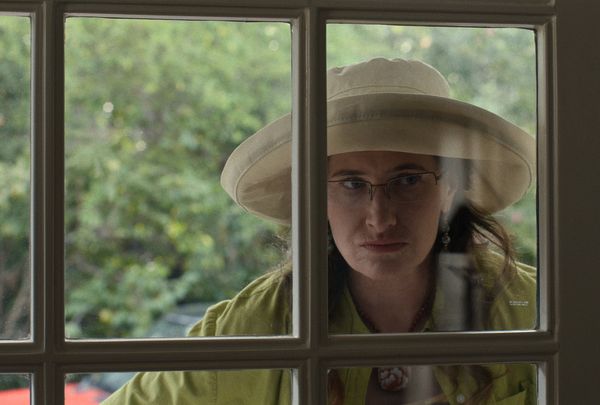 Kathryn Hahn in "The Shrink Next Door" (Apple)It was Kathryn Hahn's year all along. But when isn't that true? Hahn is an eternal scene stealer, always claiming our attention with consistently mordant, bracing performances that are impossible to ignore. Consistently Hahn marks her place as one of the best reason to watch every show she's in, making it no surprise that she's the reason we even remember "WandaVision" ran this year.

Her affinity for scene chewing served her well as the classic nosy sitcom neighbor Agnes, a woman with a knack for showing up at precisely the right wrong time, enough to make us wonder what her deal was. Other performers might have tipped their hand that she was actually Agatha Harkness, a sorceress fierce enough to take over the show. Not Hahn, who makes what could have been a condiment role the star of the sandwich through simple shifts in her physicality or her shiny brass delivery.

Months later she turns around and dives into the role of a protective sister in "The Shrink Next Door," the Apple TV+ drama starring Paul Rudd as a therapist who manipulates Will Ferrell's anxiety-crippled businessman into tossing her aside.

Hahn ignites the plot as Phyllis, who brings Rudd's monster into her brother's life, and disappears a few episodes. Again, we never forget her, and when she circle back at the end of the story with a vindictive hilarious fury it cleanses the palate, returning a light and mercy to a story that gets relentless dark, and quickly.

Naturally she follows this up with a turn in the ABC "Live in Front of a Studio Audience" performance of "The Fact of Life" as the wise-cracking Jo Polniaczek, another spicy mustard role that makes the meal worth consuming. On the horizon is Hahn's return as the wonderfully wicked witch, and the big cheese, in Marvel's "Agatha: House of Harkness." No date's been set, but we already trust that whatever she has stirring has got to be good. – Melanie McFarland 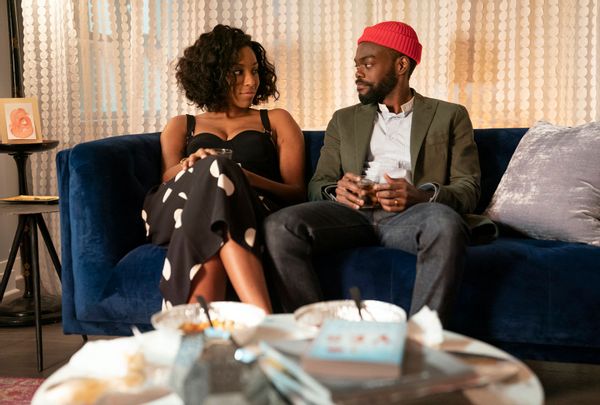 William Jackson Harper already occupied a spot in our hearts before he knocked us head over heels again in two very projects, each casting him as a romantic hero. In "The Underground Railroad" he smolders as Royal, a free Black man who rescues an enslaved woman, Cora, from a heartless bounty hunter who never stops chasing her. Royal brings Cora to his community, and offers her his support, friendship and, eventually his heart, but only when she's ready.

And through Barry Jenkins' interpretation of Colson Whitehead's novel Harper realizes Royal as a lionhearted man who exercises patience and contentedness as the golden virtues they're meant to be while never ceding his strength.

It's such a delicate, fierce performance that it almost feels like whiplash to see Harper follow Royal with Marcus, an "off-brand Hugh Grant" tugging us along on his romantic misadventures in HBO Max's "Love Life."  In Marcus, a man who ruins his marriage to chase after a "what if," Harper resurrects the nervous uncertainty that quivered through the veins of his philosophy professor Chidi Anagonye from"The Good Place," only with a fraction of the wisdom.

But his performance also quietly turns Marcus into a kind vanguard role making space for Black male vulnerability in a genre typically centered in the white female experience.  As disparate in tone and theme as these two projects are each underscores Harper's unique appeal, a gentlemanly masculinity that's sharp and soulful, a calming anchor regardless of whatever is exploding around him. Here's to hoping he'll receive many more dates to romance us in the near future. – MM 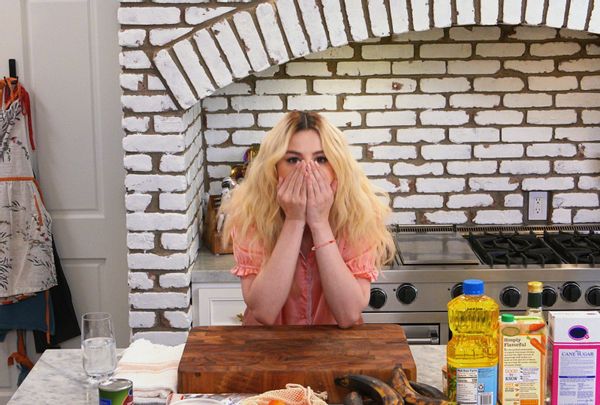 Selena Gomez in "Selena + Chef" (HBO Max)During the pandemic, the world has started to see 29-year-old Selena Gomez differently. While most of us were stuck in our homes, "The Wizards of Waverly Place" veteran decided to film an unscripted show in her kitchen about her attempts to use time in isolation to learn to cook, aided by professional chefs who coach her virtually via screens: "mak[ing] a meal together, apart." As her two small dogs weave around her ankles, and her dark hair falls into her eyes, Gomez, who also produces the show, shocks a French chef with her love of fried Oreos, accidentally lights parchment paper on fire, and reveals herself to be genuine, good-natured company.

Social media might allow some carefully curated insight into celebrities' lives, but on "Selena +Chef," airing on HBO Max, Gomez — who doesn't use her Instagram feed herself — appears as raw as the octopus that makes her gag while chopping. She's real, really funny ("This is what I'm burning today"), and really doing her best. "I'm tryin', I'm tryin' " she sings in the theme song.

This year also saw Gomez's star turn on "Only Murders in the Building," the Hulu show which pairs her with Steve Martin and Martin Short as NYC apartment dwellers who end up making a true crime podcast about their attempts to solve a murder close to home. Not only does Gomez hold her own among the acting legends, her expert deadpan delivery and soulful looks recall the performances of classic film comedians. She's "His Girl Friday" but with more agency and "cool boots."

Gomez has been open about her disabilities — she was diagnosed with Lupus and received a kidney transplant — and mental health, and remains a strong advocate for those issues and others. More than a Disney pop princess, much more than an ex of a famous man, misogynistic labels often attached to young women who are powerhouses of talent, Gomez has always been a force, but 2021 saw her taking control. – Alison Stine 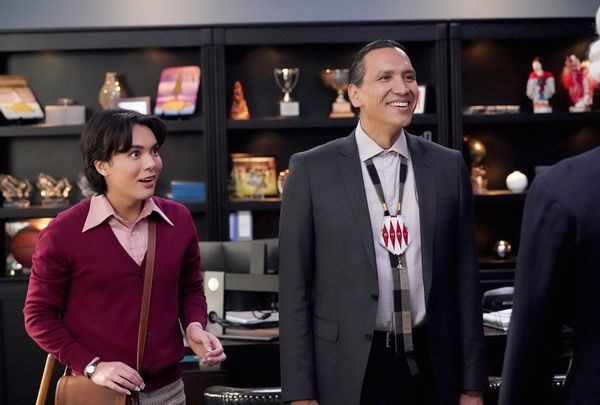 Jesse Leigh and Michael Greyeyes in "Rutherford Falls" (Peacock)The 54-year-old actor has been acting since the early '90s and has been gaining steam ever since, turning in recent recurring roles on "True Detective" and "Fear the Walking Dead," among others. He's almost always portraying Native characters, and they've been steadily been getting steadily more varied and insightful.

Take 2021, which he kicked off in style in Lyle Mitchell Corbine Jr.'s feature debut "Wild Indian," playing a man who has endured but also perpetuates trauma. As a kid, Mawka is involved in a shocking crime, and as an adult has styled himself as Michael, a successful man with a white wife. The film explores the sickness of the soul and repression, which the nuanced Greyeyes delivers with tension and a sense of moral ambiguity in every scene. It's the sort of role in which Greyeyes shines, bringing with his performance an understanding of the many ways people either try to grapple with or reject their past.

Greyeyes didn't stop there, appearing in the Two-Spirit film "Wildhood," an episode of "Star Trek: Discovery" and reprising his role on Apple TV+'s "Home Before Dark." But it's his hilarious and riveting turn on Peacock's comedy "Rutherford Falls" that felt like a revelation. Greyeyes, with his rich voice and imposing demeanor, tends to play grave and serious roles because he can carry their weight while also conveying emotion. Here, he does the same but with so much charm, humor and a cheeky glint in his eye that makes it clear that he's having as much fun playing the part as it is to watch.

In the comedy co-created by Mike Schur ("The Good Place"), Sierra Teller Ornelas ("Superstore") and Ed Helms ("The Office"), Greyeyes plays Terry Thomas, the CEO of the Minishonka casino in the tiny town that bears the name of and still is the home to its colonizers' descendant. Terry has big plans and an even bigger grin, and one cannot help get caught up in his vision to take back what belongs to his Nation, all while he calls out everyone on their bulls**t. Greyeyes makes Terry more than his ambition though, balancing the pride and intense drive with plenty of goofy humanity. He's uncertain how to deal with his anti-capitalist daughter, has a healthy amount of vanity and seeks reassurance from his wife: "I'm cool, right?"

Of course, Greyeyes has always been funny, but we just haven't allowed him to be on a big enough a platform till now. In a way, his blossoming as a comedic powerhouse reflects the shift that has happened in Hollywood suddenly embracing Native comedy. Following "Rutherford Falls" was FX on Hulu's wickedly droll and insightful "Reservation Dogs" and even journalist Kliph Nesteroff's book, "We Had a Little Real Estate Problem: The Unheralded Story of Native Americans & Comedy." The future of Native entertainment isn't just long overdue; it's promising to be joyous as well. – Hanh Nguyen