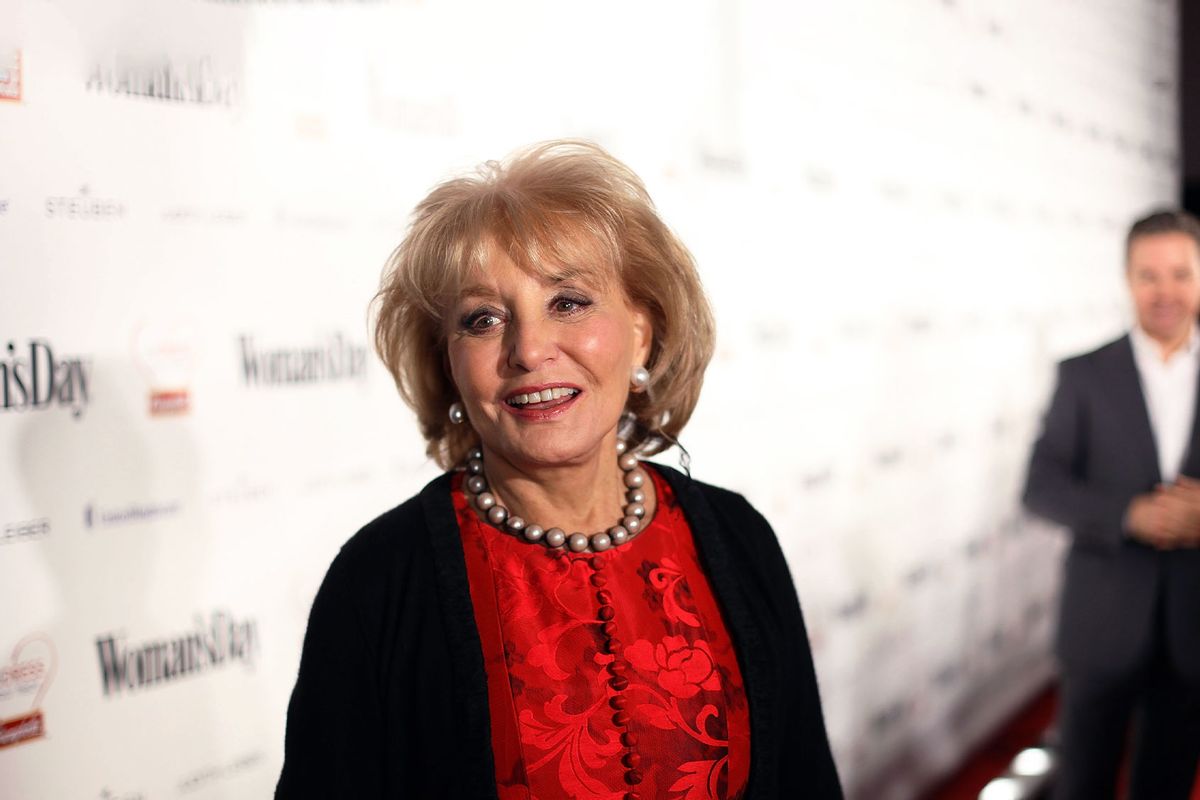 When Barbara Walters died on Friday at the age of 93, she left behind a legacy of broadcast journalism, a career which first started in 1961 on NBC. She also left behind a popular television program she had created, ABC's long-running talk show "The View," which first debuted in 1997.

Walters conducted the first interview Monica Lewinsky ever agreed to (and Lewinsky paid tribute to the journalist on Twitter after Walters' death). She interviewed every sitting president — and first lady — from Richard and Pat Nixon to Barack and Michelle Obama. She was known for being brash, bordering on harsh, with her trademark invasive questions that more than a few times seemed to cross a line. She also co-hosted "The View" from 1997 to 2014, returning even after her official retirement to serve as occasional guest co-host.

On Tuesday, "The View" dedicated its program to Walters, with co-hosts and guests alike paying tribute to the late journalist. "If not for her," Whoopi Goldberg said, "I don't know where most of us would be."

Here are some of the most revealing moments from their special episode.

Walters had the gossip

Zooming in, former co-host Star Jones praised Walters for introducing her to the East coast social scene. While most of the show's tributes focused on her professional work, Jones got personal, saying, "The best seat in the house in any social event was next to Barbara Walters because she could tell you everything about everybody in the room." Armed with her arsenal of former interviews she had conducted — or rumors she had heard — Walters "could dish with the best of them. Going to lunch with BW, baby you would get all the information," Jones said.

Current "The View" co-host Alyssa Farah Griffin said she personally "always saw women in anchor roles . . . because [Walters] opened that door. That didn't exist before Barbara Walters." A self-described Republican, Griffin's addition to "The View" made waves in the summer of 2022. Griffin, whose mother is a journalist, said of Walters, "In every sense of the world, she was a pioneer and broke the original glass ceiling," a sentiment echoed in many other tributes.

Another current co-host Sunny Hostin remembered how Walters took a chance on her. Early on in her "The View" tenure, Walters saw Hostin crossing out and rewriting the questions on her cue cards to more accurately capture her own voice. In trademark Walters' bluntness, the veteran journalist demanded to know what Hostin was doing, then Walters revealed she too rewrote her questions to sound more like herself. After that encounter, Hostin said Walters asked what she thought more often. "She validated my opinion," Hostin said.

"The View" co-host Debbie Matenopoulos credited Walters with altering the course of her life. Matenopoulos viewed Walters as a mother figure, the elder journalist giving the younger one "tough love" that helped Matenopoulos learn and grow. "She single-handedly changed my life," Matenopoulos said, echoing Hostin's story of how Walters had taken a chance. In Matenopoulos' case, she was a 22-year-old journalism student when Walters gave her a shot. Walters also instructed Matenopoulos on how to dress, speak and do her hair, with Matenopoulos describing herself as a like a young Eliza Doolittle, the flower seller who's "molded" by Professor Henry Higgins in George Bernard Shaw's "Pygmalion" that was adapted as "My Fair Lady" for the screen. "I owe her everything," Matenopoulos said, her voice cracking with emotion. "I would not have this career if she did not choose me."

Bonding with Whoopi Goldberg over motherhood

Matenopoulos may have had a mother-daughter relationship with Walters, but Walters and Whoopi Goldberg first bonded over actual motherhood. Goldberg initially met Walters when appearing on her televised special in Goldberg's capacity as an actor. Back then, the two shared similar anxieties about the tensions between careers and motherhood, and the pressures placed squarely on women who choose opportunities. "She and I bonded .  . . because she always felt she could have been better. And I always felt I could have been better. But we were who we were," Goldberg said. About 20 years later, Goldberg joined "The View."

Her final words on "The View"

As part of the tribute, "The View" aired vintage clips, including a portion of Walters' last show before her retirement from the program. Walters asks in the clip, "How do you create a television show called 'The View' that puts together these wonderful women?" bringing up the co-hosts' "contrasting opinions."

What were her final words as official co-host of the show she created? Walters says with a sigh, "And finally, how proud when I say all the young women who are making and reporting the news, if I did anything to help that happen, that's my legacy . . . Maybe instead of goodbye, I should take a deep breath and enjoy my view."

On the special episode, Joy Behar said of herself and her fellow co-hosts and former co-hosts, "We knew her better than anyone, I think." But "The View" episode was careful to remain a tribute, staying overwhelmingly positive, and shying away from criticism of Walters, including the fact that Walters asked the child Brooke Shields her body measurements on live TV and asked Ricky Martin if he was gay before he felt safe enough to come out publicly. Martin said Walters made him feel "violated . . . I was very afraid." Drew Barrymore shared similar stories, before Walters' death, of an interview where Walters would not stop asking Barrymore about former drug use and bisexuality. Advice columnist Amy Dickinson of "Ask Amy" shared on Twitter that Walters had told her backstage "You're no Ann Landers" when Dickinson was a guest on "The View."

But on "The View" episode, things stayed rosy and inspirational. Walters "defied sexism and ageism," Behar said. "She was the original role model."