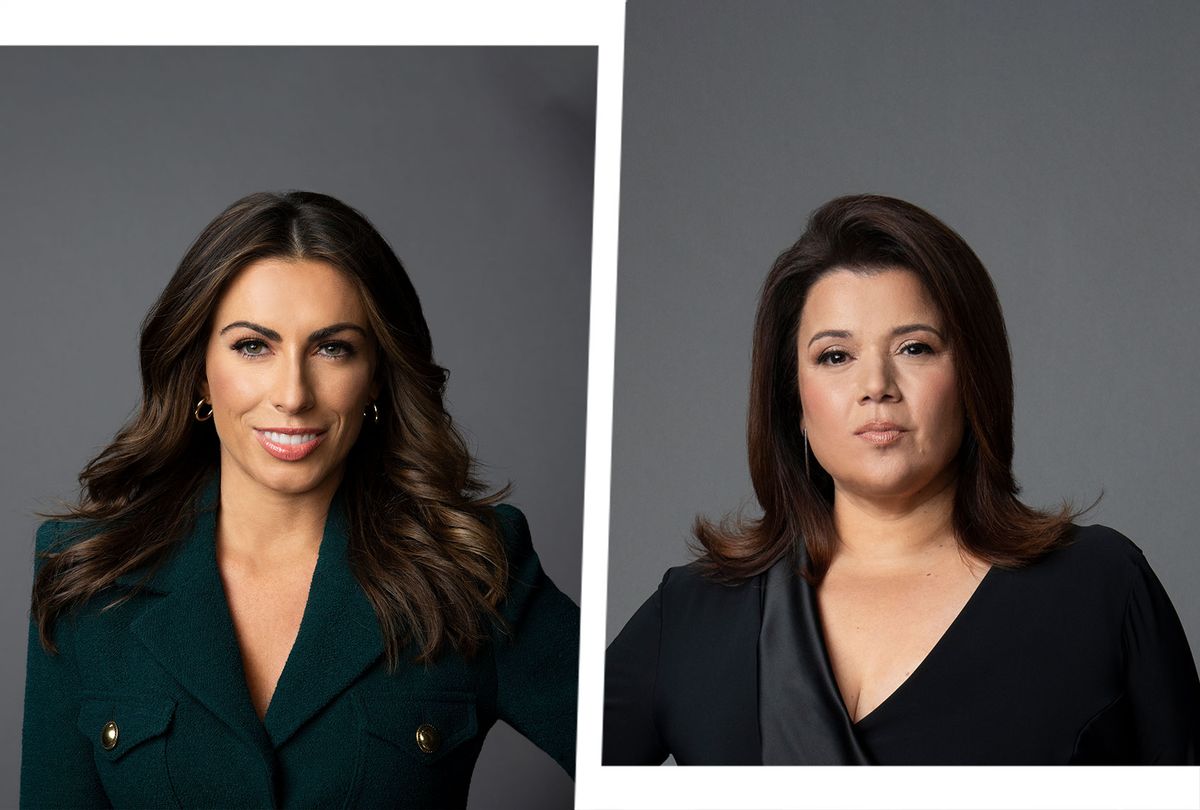 "The View" has named two Republicans, Alyssa Farah Griffin and Ana Navarro, as permanent co-hosts on the show's upcoming season.

A televised announcement was made during a Thursday segment of the popular daytime talk show. The new season is slated to premiere in September.

Navarro first joined "The View" in 2015 as a contributor on the show's 19th season and in November 2018, appeared as a guest co-host on the show's 22nd season. Per Variety, she will continue appearing recurringly on the show — despite her full time position — due to her additional role as a political commentator on CNN and Telemundo, which requires her to travel between New York City and Miami.

"'The View' is an institution and incomparable platform for women of different backgrounds to share their opinions and insights," Navarro said in a statement. "It's been a long courtship, but we're finally making it official. I love being on the show, and I love living in Miami. I'm happy I will be able to do both. Thank you to ABC News, 'The View' family and our loyal viewers for their continued support."

Farah Griffin, who previously served as the White House Director of Strategic Communications under the Trump administration, has made 29 total appearances as a guest co-host throughout Season 25. Her personal political takes, specifically on issues like gun control, mask mandates and abortion, have landed her in heated arguments with the show's more liberal-leaning co-hosts.

Prior to her gig on "The View," Farah Griffin worked as a press secretary for former Vice President Mike Pence from 2017 to 2019 and a press secretary for the United States Department of Defense before joining Trump's White House staff. In 2021, she joined CNN as a political commentator, a role she'll continue while serving as a "View" panelist.

"I couldn't be more honored and thrilled to join the ladies of 'The View.' The show paved the way for women speaking up and speaking out on TV," Farah Griffin said in a statement. "At a time when our country is so divided, often on partisan lines, I'm honored to represent the conservative perspective. I hope to model what is too often lost by our elected leaders: learning from others, disagreeing respectfully, and focusing on finding real solutions for our country."

News of an available full time co-host seat first popped up in July, after "View" insiders revealed that a deal was being finalized between ABC executives and Farah Griffin. Controversy soon ensued, with viewers and guests vehemently opposing the decision.

According to a July 19 Daily Beast article, actor and comedian Wanda Sykes, who was set to appear on the show just two weeks prior, suddenly pulled out after learning about Farah Griffin's potential casting. "She didn't want to be part of helping a Trumper launder her reputation," a close source to "The View" later disclosed.

On Twitter, fans threatened to stop watching the show if Farah Griffin's appointment became a reality.

"I get the feeling they will hire Alyssa full time. I'm not a fan all," wrote one viewer. "They should keep the rotating guest host."

Another user wrote in response, "If she is hired I'm out all over again! Do the producers not see how excited we all were when Meghan left?!! I have not missed her for one second! We don't need toxic Trump rejects for this show to be interesting!"

Farah Griffin, who became an outspoken Trump critic following the Jan. 6 insurrection, will be joining the table as a co-host in the "conservative seat," a press release from ABC specified.