The former Trump staffer now Trump critic, who's been guest-hosting, doesn't seem to be a popular choice 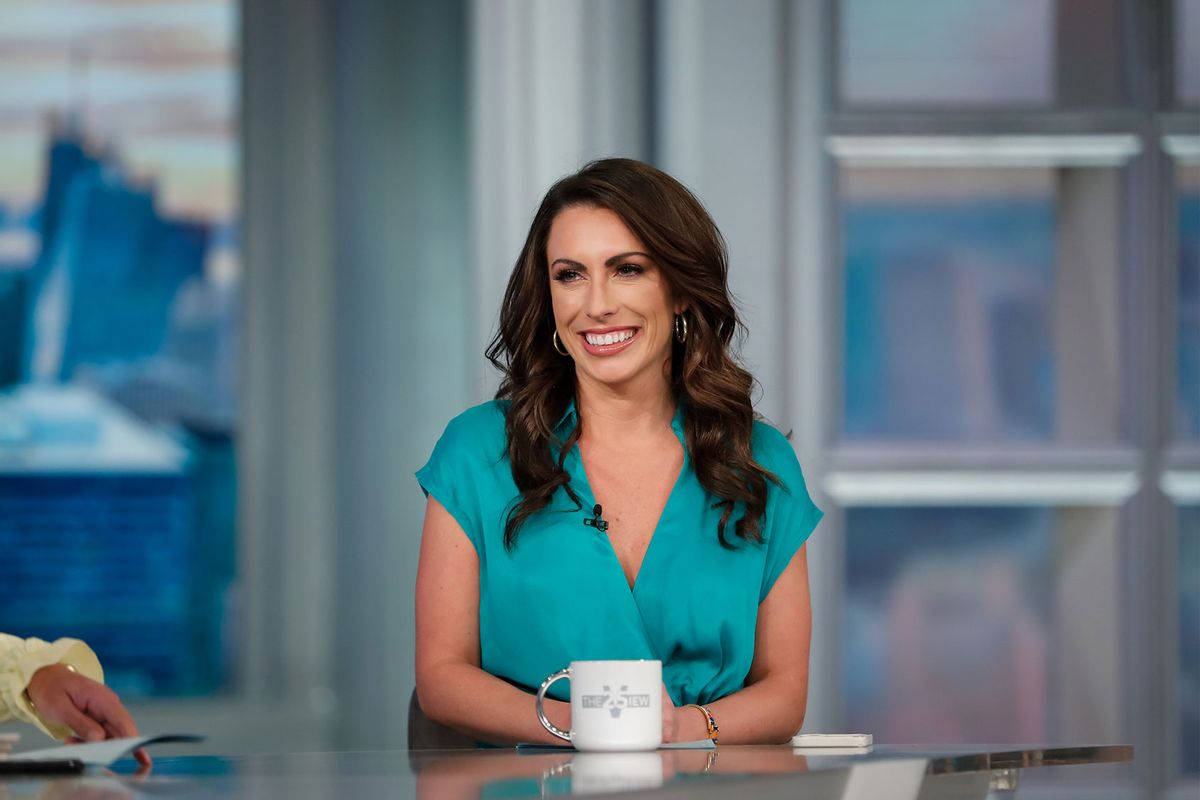 Alyssa Farah Griffin, the former White House Director of Strategic Communications under the Trump administration, is said to be joining "The View" officially as its 23rd co-host and new conservative panelist, multiple unnamed sources told Variety.

Farah Griffin has previously sat in as a guest co-host alongside the show's current lineup, which includes Whoopi Goldberg, Joy Behar, Sara Haines and Sunny Hostin. At this time, Farah Griffin's upcoming stint has not been formally announced, but sources close to the show confirmed that ABC executives have already made their decision and are set on finalizing the deal.

A spokesperson for "The View" reportedly told Variety, "We do not have a co-host announcement to make at this time. Stay tuned."

"The View" host calls out co-host: "You were part of the administration that politicized the virus"

Ana Navarro, who is a part-time co-host on the show, allegedly auditioned for the same position. Several sources said she was "disappointed" after losing the seat to Farah Griffin.

If Farah Griffin is indeed hired in this position, she'll join a running list of conservative hosts, which includes Meghan McCain, who was on "The View" from 2017 through 2021, and Elisabeth Hasselbeck, who was on the show from 2003 to 2013.

Following the Jan. 6 insurrection, Farah Griffin notably transformed from a Trump supporter to a vocal Trump critic. Despite her shift in loyalty, Farah Griffin's personal political takes, specifically on gun control, mask mandates and abortion, have landed her in arguments with the show's more liberal-leaning co-hosts, like Goldberg, Behar and Hostin.

Although Farah Griffin's "View" hosting gig is not set in stone, the recent speculation has inspired blacklash. Per a July 19 Daily Beast article, actor and comedian Wanda Sykes, who was set to appear on the show two weeks ago, suddenly backed out after learning that Farah Griffin was co-hosting.

"She didn't want to be part of helping a Trumper launder her reputation," a "View" insider later disclosed.

On Twitter, fans threatened to boycott the show if Farah Griffin's appointment becomes a reality.

"I get the feeling they will hire Alyssa full time. I'm not a fan all," wrote one viewer. "They should keep the rotating guest host."

A separate viewer tweeted in response, "If she is hired I'm out all over again! Do the producers not see how excited we all were when Meghan left?!! I have not missed her for one second! We don't need toxic Trump rejects for this show to be interesting!"

Prior to her appearances on "The View," Farah Griffin worked as a press secretary for former Vice President Mike Pence from 2017 to 2019 and a press secretary for the United States Department of Defense before joining Trump's White House staff. In 2021, she joined CNN as a political commentator and frequently spoke about her time working alongside Trump.

stories about conservatives on "The View":