“The View” sounds the alarm on Trump: “Wake up, America, because our national nightmare is not over" 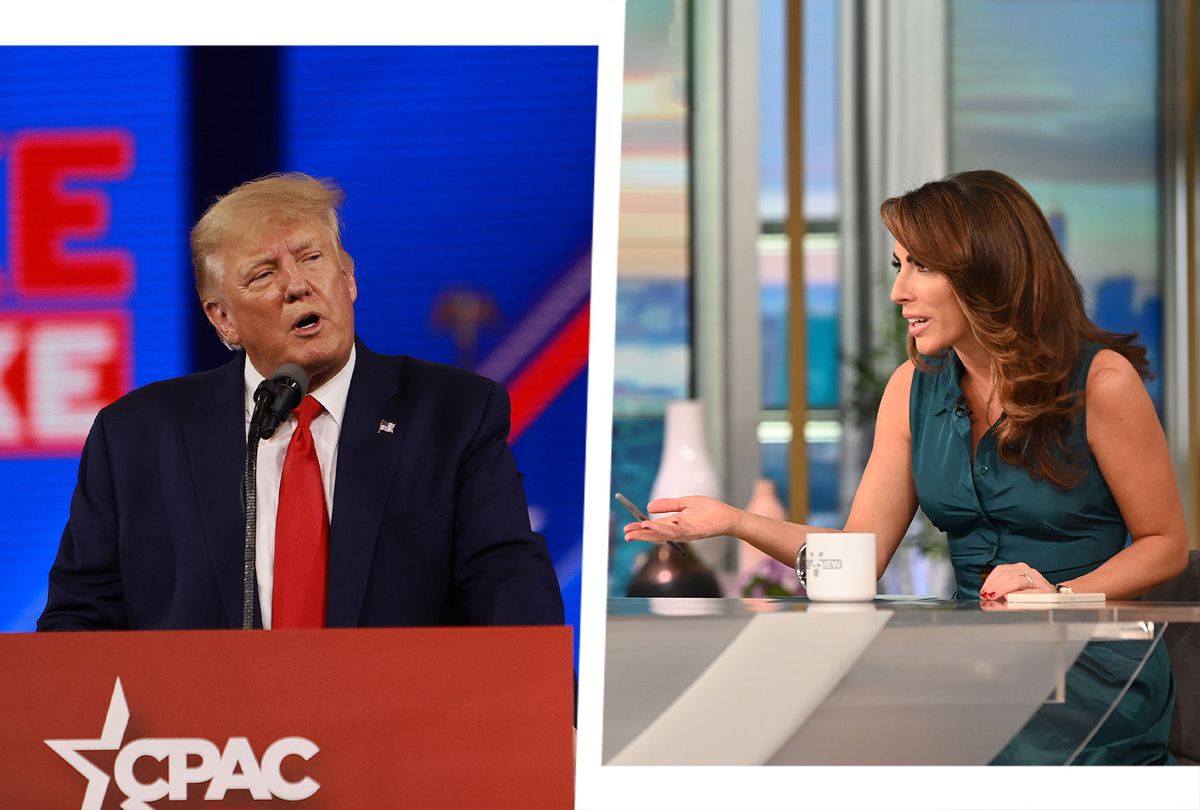 A few days after Donald Trump revealed that he wanted to march to the Capitol alongside his supporters, he once again attempted to absolve himself of any guilt during a Saturday night rally in Selma, North Carolina in which he claimed to be "the most honest human being that God has ever created." As expected, "The View" hosts weigh in on these claims during Monday's show.

They also discuss the House select committee that is investigating Jan. 6 and its recent findings — Donald Trump Jr. reportedly texted former White House chief of staff Mark Meadows plans and ideas to keep his father in power, per CNN — and warn that another Trump presidency is in the works.

RELATED: Trump rules out Pence as his 2024 running mate: "I don't think the people would accept" him

"What more do they need to charge these people with a crime?" asks Joy Behar. "Can some patriotic American please go to the Justice Department and wake up Merrick Garland?"

The panel agree that the lack of consequences is upsetting and ultimately, a major reason why Trump will run again for president in 2024.

"More concerning than that is he is actually stacking state Houses, Secretary of State offices and members of the U.S. House of Representatives," says guest co-host Alyssa Farah Griffin, who previously served as the White House Director of Strategic Communications in the Trump administration. "So if he runs again and loses, he will have the levers of government in place to try to once again steal power."

Griffin emphasizes that now is the time to keenly pay attention to Trump's plans for the future, which will only prove to be detrimental. "Wake up, America, because our national nightmare is not over," she adds.

Co-host Sara Haines questions the lack of action against Trump, who was blatantly caught on video extending his support to an ardent mob of rioters, and asks if Americans — and members of the Republican party — are now numb to his scandals.

"It feels like there's no sense of urgency and there should be a sense of urgency because elections are coming," Ana Navarro agrees, emphasizing that if Republicans do gain control of the House, they'll immediately remove the Jan. 6 committee. "We are running out of time . . . and I think Americans feel very frustrated and have no faith in the process."

Griffin then jumps in and asks why "credible Republicans" are not challenging Trump and his lies.