Rather than staring at the vodka on her bar cart, the queen of DIY finds new ways to put those bottles to use 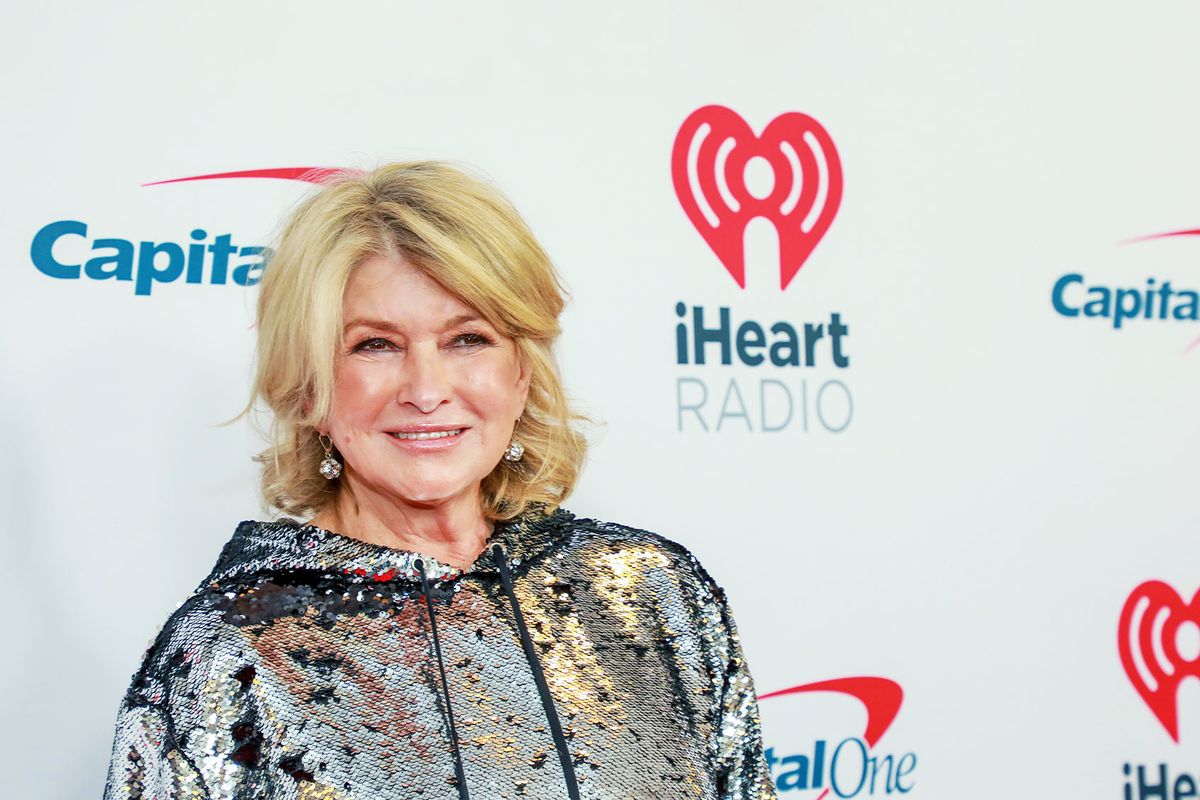 It's no secret that Martha Stewart knows a thing or two about martinis. The James Bond of DIY has her own formula for the "perfect" martini, and the menu at her Las Vegas restaurant includes the aptly titled Martha-tini.

This Dry January, Stewart endeavored to join the scores of drinkers who decided to swear off alcohol for 31 days. However, rather than simply staring at the Tito's on her bar cart — she sells her own — the lifestyle guru decided to put those vodka bottles to good use.

From deep cleaning to eliminating bad odors, who knew there were so many things to do with vodka aside from actually drinking it? Leave it to Stewart, whose hilarious new ad for Tito's has racked up more than 115,000 likes on Instagram, to show us.

The 15 best nonalcoholic libations for Dry January — and beyond

"Hey, I get it, it's dry January, so you're not drinking much," Stewart said as she looks into the camera. "But, if you've got Tito's lying around, don't just stare at it — use it."

As this collaboration between Tito's and Stewart shows, Dry January is no longer merely a fad. Jordan Valinsky reported for CNN that "last year, a Nielsen-owned food and drink research firm said that 35% of legal-age U.S. adults skipped alcohol for the entire month — a trend that's growing in popularity as drinkers look to reset their bodies in the New Year. That's an increase from the previous high of 21% who completed Dry January in 2019."

Back to Stewart, who demonstrated the numerous things one can do with a bottle of vodka that don't involve imbibing. She added an "extra kick" to creamy pasta sauce, cleaned "messy surfaces," perked up fresh cut flowers, spritzed shoes to minimize odors — and so much more.

Apparently, you can also use a vodka bottle to tenderize your meat, as in literally give it a few good whacks. Yup, Stewart grabbed a very large bottle of Tito's and used it to smash a big hunk of red meat with reckless abandon.

The latter didn't require one of the seemingly custom attachments that Stewart added to her vodka bottles. Turns out, they actually exist in real life, as Tito's released a "DIY January Kit."

"We can't guarantee the outcome of these DIY uses for Tito's," the company wrote in an accompanying disclaimer. "They are legally non-binding because this is a joke and we're a vodka brand."

The kit, which included three bottle toppers (a "cleanerizer," a "deodorizer" and a "flavorizer"), is already sold out.

Perhaps, though, it would be best to just steer clear of liquor bottles, or like Stewart, you might be tempted to actually whip up a martini.

"I certainly can't think of anything else I'd rather be doing with my Tito's," she said at the end of the ad. "Ah, f**k it, Martha needs a drink."

Luckily, it's easier than ever to stock your bar cart with nonalcoholic options. That's why Salon Food rounded up a list of the 15 best nonalcoholic libations for Dry January — and beyond.