Just when you thought middle school was over, it comes back for us all with judgy lists 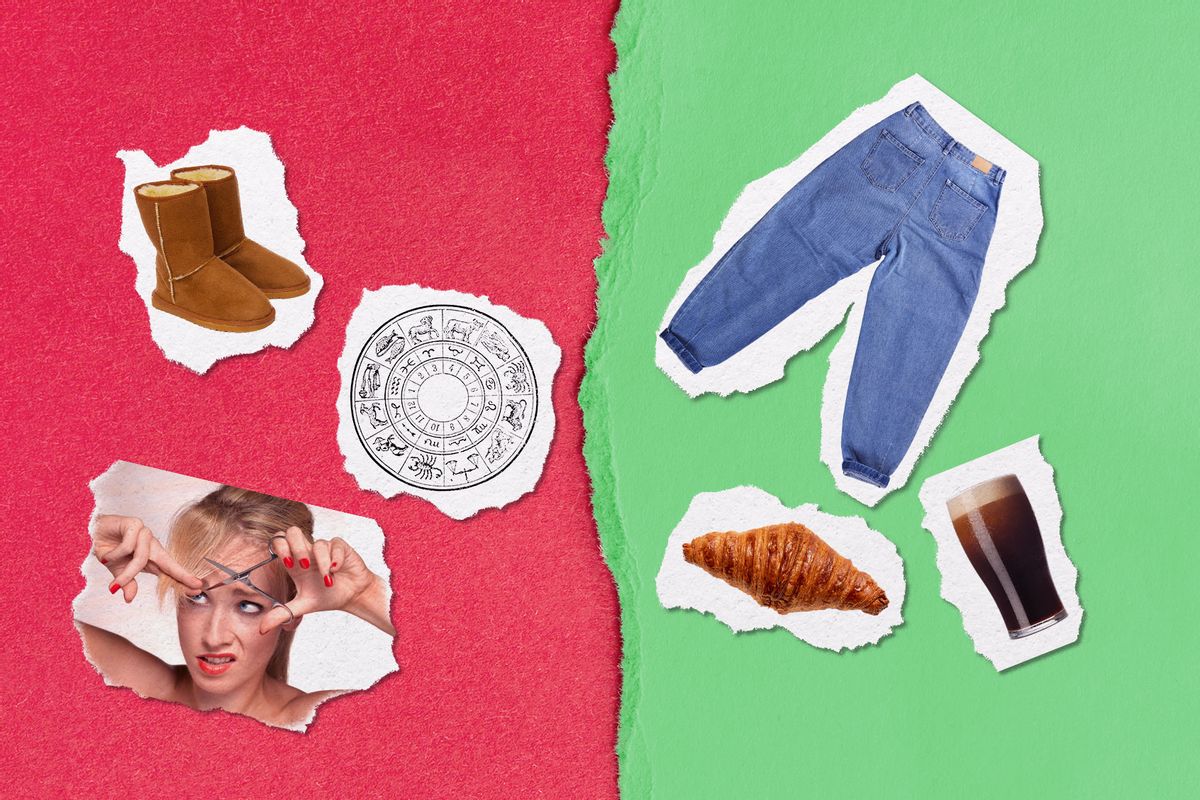 You couldn't flip through most fashion and teen magazines in the 1990s and early 2000s without seeing them. The lists. Spaghetti straps were stylish, bucket hats were not. Belly shirts were in, knee socks were not. This was in, this was out with whiplash-like abruptness. It was the in/out list, that neat little summary of snide judgement, based on one likely overworked writer's personal opinion — and it's back!

In 2023, the cultural tide may be turning away from New Year's resolutions. They place an undue emphasis on dieting, promoting often unhealthy weight loss and diet culture, and can make people feel like failures. As CNET wrote in December 2021, "The stress and disappointment we sometimes place [on] ourselves can be counterproductive." The writer of that piece supports giving ourselves a break rather than making grand statements of change. In an article against New Year's resolutions, Psychiatric Times argues that resolutions can be detrimental to positive habits as, "You may lose confidence in your ability to make sustained change. After a while, you may also start to feel a little out of control. That is a negative feeling."

While the resolution may be receding, something else has emerged from the depths of self-help like a swamp monster to make us feel bad: the in/out list.

The in/out list shares some traits in common with the resolution. It's a summation, usually made publicly, of so-called good traits a person wants to cultivate more, like texting back or having meatless Mondays — and bad habits a person wants to give up, like staying up too late on weeknights or binge watching. How the in/out list veers dramatically from the resolution is the weird minutia of it all. It's not only habits and traits that are in or out, but fashion, grooming specifics, favorite television shows or music. An in/out list is an exercise in whims, and it's exceedingly personal even though a writer — or publication — might pretend otherwise.

Never one to relinquish trends, the Washington Post did an in/out list this past year (and has since 1978). For 2023, their list skews bizarre. Party barns and buccal fat pad removal, anyone? Maybe we are at the end times. Or maybe their writers were very bored and had too much Google. This year, the Washingtonian countered with a rebuttal titled "An Actual Cool Person Weighs In on the Washington Post's 2023 In/Out List." Their "actual cool person" is a teenager so one must respect the sage judgement passed on such Post entries as Barbiecore: "No one can be Barbie. Barbie is not real." And Iowa: "Iowa was never in."

Part of being an adolescent is navigating ever-shifting cliques and changing yourself, your appearance and opinions, faster than a makeover sequence in a teen movie. It's what we do as we grow up: we find ourselves. But grown adults making in/out lists? In late 2021, many did, the in/out list jumping onto social media like yet another virus.

On one hand it's fun to decide who you are and what you like. The turning of the year makes people reflect on what's serving them and what might not be anymore. On the other, what does the public nature of the social media in/out list say about us? That we like to exclude? (You who wear baggy pants can sit at our table. You who wear skinny jeans can't.) That we need to loudly announce a change in what we believe, otherwise it might not stick? If a preference isn't announced on social media, is it even real?

Maybe the in/out list has more in common with the New Year's resolution than not; both rely on public accountability. Are you really done with chain restaurants and Elon Musk's Twitter, and are you going to finally start recycling and riding your mountain bike? Or is this the person you want people to think you are, your idealized self? At the end of the day and at the end of the year, we want people to like us. And in the online middle school that is social media, we want people to think we're cool.

As for an actually cool person (who blames Millennials, not Gen X, so you know she's legit): "I can tell you right now, Twitter is not in."