90% of humans will suffer extreme heat, drought due to climate change: report 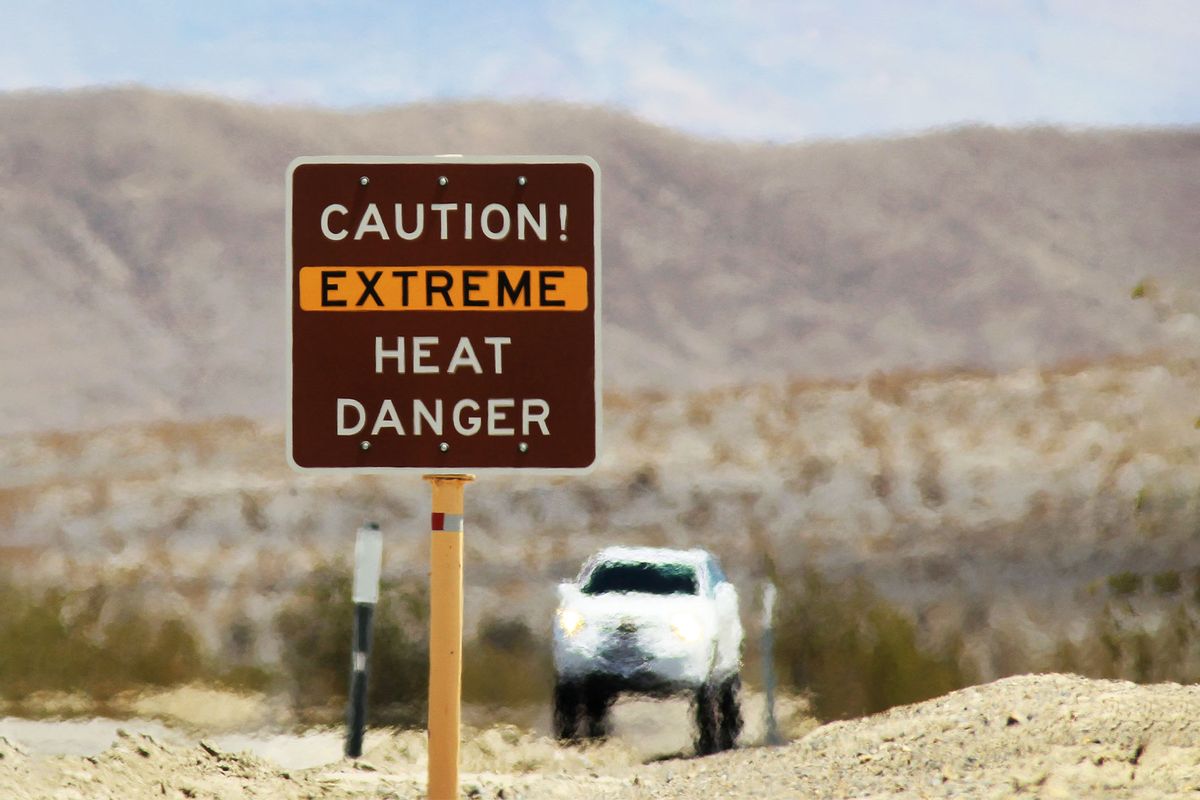 If you are reading this article, there is a 9 out of 10 chance that you live somewhere that will experience future extreme heat weather events due to climate change.

As man-made climate change continues to cook the planet, experts are predicting that catastrophic weather events will become normal. Scientists anticipate widespread droughts, increasingly frequent wildfires and soaring fatalities as heat waves become commonplace. Even if the world's nations come together to meaningfully limit carbon emissions, it is unlikely that all of the impending crises can be averted.

Now, a new study by University of Oxford's School of Geography underscores the need to try to limit the damage to the greatest extent possible. Specifically, the study found that 90% of the humans alive in the near future will experience these problems. That remarkably high percentage reveals the ubiquity of the reach of climate change.

What will the world look like if we don't stop global warming?

More than 9 out of 10 people on the planet inhabit areas that will be hit hard by "compound drought-heat waves."

In an analysis published for the scientific journal Nature Sustainability, Oxford's Professor Louise Slater and Wuhan University's Dr. Jiabo Yin explain that as the planet's temperature continues to rise, there will be "compounding hazards" — one heat-related environmental problem after another after another. This is because of a specific climate phenomenon known as a compound drought–heatwave, one in which the lack of water feeds into rising temperatures and vice versa. The authors of the study that much of the human community will be impacted by this problem; more than 9 out of 10 people on the planet inhabit areas that will be hit hard by compound drought–heatwaves — "with more severe impacts in poorer and more rural areas."

In a public statement, Slater explained how much the scientists emphasize that "understanding compounding hazards in a warming Earth is essential for the implementation of the UN Sustainable Development Goals (SDGs), in particular SDG13 that aims to combat climate change and its impacts."

In related news, a United Nations-backed panel of scientists announced on Monday that they believed at least one important piece of the puzzle of fighting climate change is now in place. In a collaborative effort including contributions from NASA and the European Union, the UN-backed report revealed that emissions of an ozone-destroying chemical known as CFC-11 had significantly declined in 2022 compared to its 2018 levels. China has been the primary culprit of CFC-11 emissions, particularly factories in its northeastern provinces. The CFC-11 emissions, like other chlorofluorocarbon emissions, would break apart ozone molecules in the stratosphere resulting in an increasingly thin ozone layer. Meg Seki, the executive secretary of the United Nations Environment Programme's Ozone Secretaria, attributed the new success to the Montreal Protocol, an international treaty signed in 1987 to phase out the use of ozone-destroying chemicals.

As the planet's temperature continues to rise, there will be "compounding hazards" — one heat-related environmental problem after another after another.

While these updates are welcome in terms of slowing existing trends regarding carbon emissions, it does not mean that all of the consequences of climate change can be averted. As the authors of the study note, their conclusions account for a wide spectrum of potential scenarios — worst-case (humanity does nothing to curb emissions) to best-case (the negative impact of the damage done so far is limited). The most dire possible outcome for humanity would be if heavily populated areas experience a so-called "wet bulb temperature" of higher than 95 °F (35 °C) or higher, which kills healthy human beings within a few hours. This is significant because wet bulb temperature is determined by measuring the temperature of a wet thermometer in the shade while water evaporates off of it. A wet bulb temperature of 95 °F (35 °C) is not like a regular temperature of 95 °F (35 °C), where a human being can under certain circumstances survive it. Once the wet bulb temperature in any area reaches 95 °F (35 °C) or higher, the combined increases in both temperature and moisture will be so great that all human bodies in those areas will not be able to remove heat fast enough. Within hours, they will die.

It remains unclear if/when things will get that bad. As the new Nature Sustainability makes clear, however, heat waves do not have to reach extinction-level proportions to inflict considerable pain on humanity.

"Over 90% of the world population and GDP is projected to be exposed to increasing compounding risks in the future climate, even under the lowest emission scenario," explain the study's authors.

about climate change and heat