After 50,000 years, a comet is returning to the inner solar system. Here's how to see it 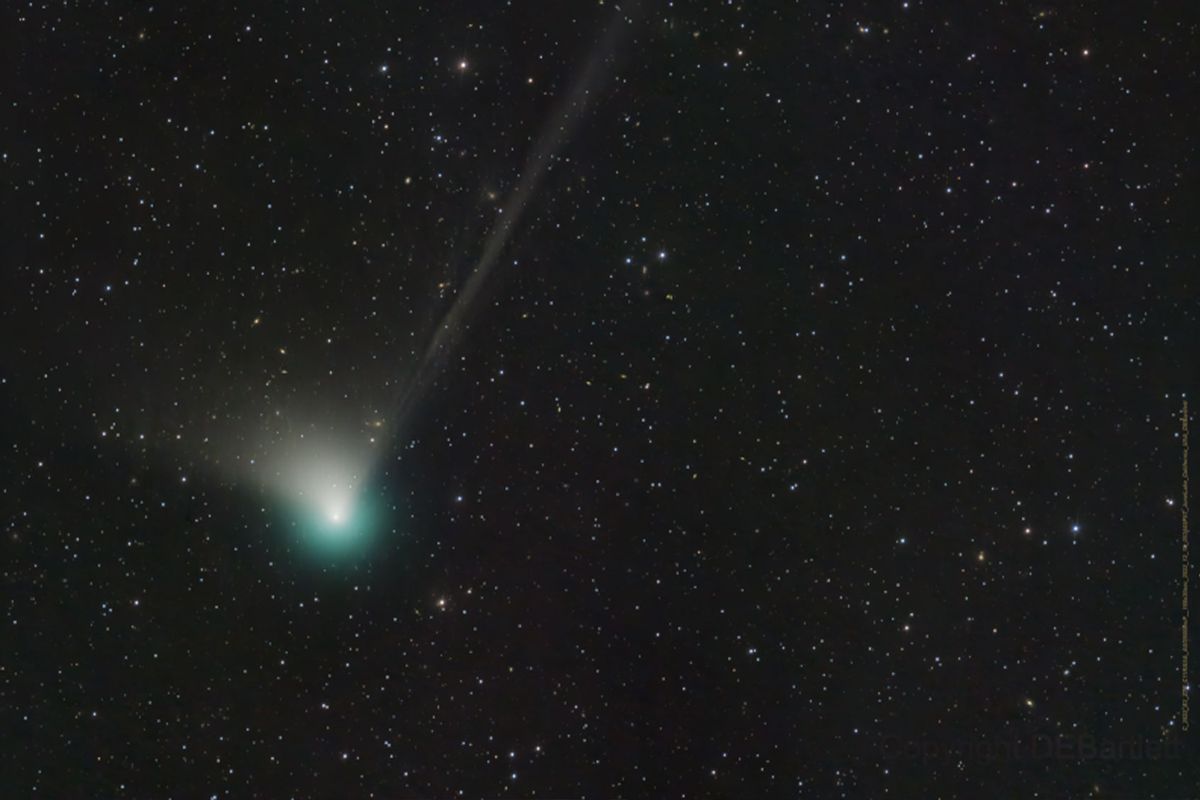 If you happened to look up at the sky roughly 50,000 years ago, you might have spotted an odd, misshapen green light in the sky. Its origin? A comet, which astronomers now call C/2022 E3 (ZTF). After a lengthy absence from the night sky, C/2022 E3 (ZTF) will soon be making a return visit to our corner of the solar system — and astronomers say you might be able to spot it with the naked eye.

Astronomers first detected C/2022 E3 (ZTF) early last March, when Bryce Bolin and Frank Masci aimed the cannon-shaped Samuel Oschin telescope at its region of the sky. Located at the Zwicky Transient Facility (which is where the comet gets the ZTF in its name; the other parts of its name relate to the time of year it was found) at the Palomar Observatory in Southern California, the Oschin telescope has discovered a few supernovae and dwarf planets, including Eris, the second-largest known dwarf planet in the Solar System.

On Thursday, January 12th, C/2022 E3 (ZTF) will reach its closest point to the sun, coming within approximately 100 million miles.

When Bolin and Masci first spotted C/2022 E3 (ZTF), they initially thought it was an asteroid. Then they noticed the space rock's coma, meaning the cloud of gas and dust that surround the nucleus of the comet.

While asteroids are made of rocky, metal materials, comets are a slurry of ice, gases, methane and other volatile materials glued together with a thin layer of dust. As a comet inches closer to the sun, the increasing heat causes the comet to melt a bit, creating its signature coma and long, glowing tail. Some comet tails can stretch for millions of miles.

The last time C/2022 E3 (ZTF) was around, Earth was still in an ice age, humans were still stuck in the Upper Paleolithic or "Stone" age, agriculture had yet to be developed and we were still in the process of developing complex tools and social systems. But this time around, you can probably see it yourself, and perhaps even snap a grainy photo of it on your smartphone.

We say probably because there are a few factors that may make it hard to see C/2022 E3 (ZTF) — including light pollution and those pesky things called clouds. But even if the night sky is clear, it might be hard to spot C/2022 E3 (ZTF) because it just might not get bright enough. Comet brightness is notoriously hard to predict, especially since this will be the first time C/2022 E3 (ZTF) has gone by us in recorded history.

It could also be the last time anyone sees C/2022 E3 (ZTF) ever again. Some scientists believe that as it rounds the sun, it could fling itself completely out of our solar system, never to be seen again. Or, it could stay bound to its orbit, meaning the next time humans get a chance to see it (if any humans are still standing) would be around the year 52,023.

But back to the near-term calendar. On Thursday, January 12th, C/2022 E3 (ZTF) will reach its closest point to the sun, coming within approximately 100 million miles (160 million kilometers) of our solar system's star. Being this close means more light from which to see C/2022 E3 (ZTF), which should be observable with binoculars or a low-grade telescope. Just look to the northwest in the morning sky.

"This comet isn't expected to be quite the spectacle that Comet NEOWISE was back in 2020," NASA's Jet Propulsion Laboratory said in a statement. "But it's still an awesome opportunity to make a personal connection with an icy visitor from the distant outer solar system."

On February 1st, the comet will reach its closest point to Earth, a distance technically known as its perigee, just a mere 28.3 million miles (42.4 million kilometers) away. It's likely during this period that it will be most easy to see C/2022 (ZTF) with the naked eye. According to NASA, the comet will appear a radioactive green, thanks to disintegrating carbon gas.

In case anyone is worried, no, there's no chance of C/2022 (ZTF) smacking into Earth, though scientists are discovering potentially humanity-ending asteroids all the time. Last month, astronomers in Chile announced the discovery of not one but three near-Earth asteroids hiding within the glare of the sun that no one had noticed before. One of them is large enough to cause some serious damage if it gets close to us. Luckily, NASA and other space agencies are actively testing ways to defend ourselves against chaotic space rocks. Yes, comets and asteroids are pretty, but they are best observed from afar.

about space rocks, comets and asteroids