Our TV road to "Atlanta" is one long, strange trip into hyperreality 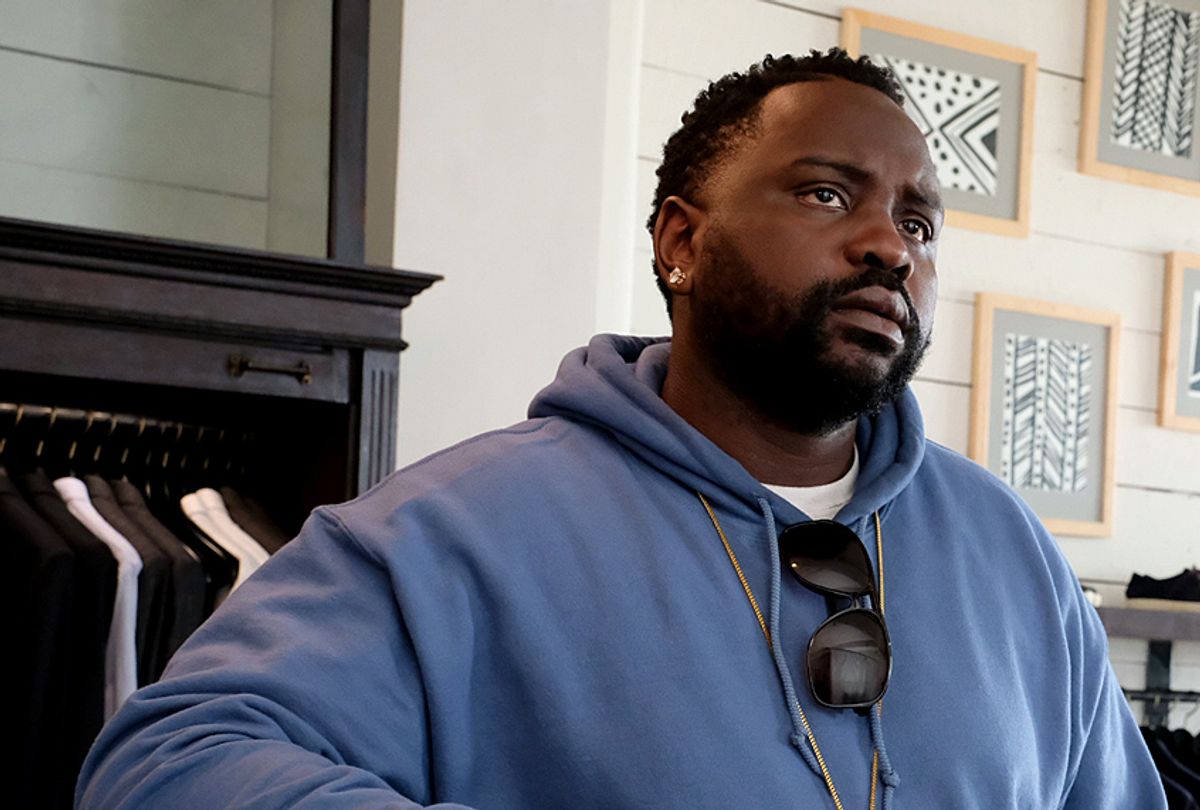 Here's an evergreen lead for you: It has been a trying week to experience the mare's nest of lunacy that is Kanye West. And Robert Kelly. And the Cosbys.

Black excellence is at an all-time high. Please don't forget that. A few famous people who say and do things ranging from the idiotic to the criminal can't change this, even if those people are the ones inspiring trending topics on Twitter and now the source of multiple facepalms in homes around the nation.

Prime evidence of greatness is on display every week in "Atlanta," currently airing its second season Thursdays at 10 p.m. on FX. Quietly and definitively, "Atlanta" has embraced its sophomore run by redefining our expectations of the television half hour. Every week Donald Glover's series flouts a number of TV comedy conventions, beginning with the salient fact that season 2 isn't funnier than its outstanding first season, and in fact, refuses to punch up its comedy or employ its absurdist situations to chase the audience's laughter.

Instead, this second season expands upon the show's avant-garde approach not only with regard to visual style or editing structure, but through its narrative.

Billed as the show's "Robbin' Season," the second season of "Atlanta" surreptitiously claims a role as a sort of BabelFish of the black American experience — a translator. Because if you're  watching season 2, and watching closely, you may already understand why or, at the very least, how the Kanye West we've seen lately can happen.

Ostensibly each episode is a unique interpretation of the concept of being robbed; the theft may be material in some episodes and metaphoric in others. Early in the season Alfred (Brian Tyree Henry) is held up during a drug deal with a friend who presumes the rapper has money to spare. He's all over the radio, after all. At another point Earn (Donald Glover) and Van (Zazie Beetz) are denied recognition and dignity during a night out when time and again they're turned away from establishments that refuse to believe the $100 bills Earn is carrying are genuine.

Since then a different and equally crucial theme has emerged, one that casts a sideways glance at celebrities attracting the attention of TMZ and other media: the culture-wide obsession with image and perception over truth.

In writing about the latest annoyance West has foisted upon us, a version of slavery denialism, my colleague Chauncey DeVega notes that the rapper exemplifies the concept known as "hyperreality," "a condition of reality where the boundaries between the simulated or imaginary and the real have been torn away, the original substance is lost, and we are left unable to discern true reality even if it somehow returned," he writes.

We see this in an America which in many ways has lost the ability to determine what is "true" and what is "fake," and where lies are now labeled as mere "untruths" or "disagreements." As with Trump, Kanye West is the human distillation of America's social pathologies of greed, narcissism and a celebrity-driven culture of distraction and emptiness.

The entire second season of "Atlanta" is this concept in action — a cinematic exercise in exploring the threadbare border between the real and the illusory, our skewed value of artifice and the appearance of wealth over what's true and genuine. Life in "Atlanta" always looks unreal, but this new season of "hyperreality" pushes unreality past comedic territory into the realm of an American  horror story.

Glover and his brother and fellow executive producer Stephen hinted at the nature the season 2's departure from expectations by explaining that its arc is influenced by the "Tiny Toons Adventures" movie titled "How I Spent My Vacation." That turned out to be a bit of an undersell, although as I wrote prior to the season's premiere, it's telling that each of that film's vignettes is driven by a character's reaction to looming threat.

We perceive "Tiny Toons" as harmless, child-appropriate fun, even when characters suddenly find themselves dodging anvils plummeting from the sky or hunters armed with rifles or butcher knives. "Atlanta" isn't that. Not by a mile. Under the direction of Donald Glover, Hiro Murai and Amy Seimetz, every second-season episode includes a shadow of discomfort at the very least; several are works of pure terror. The ambitious "Teddy Perkins" episode represents the pinnacle of the latter.

This adventure for Darius (Lakeith Stanfield), which originally aired commercial-free, kicks off harmlessly, as horror movies do. Darius constantly chases rainbows in one form or another; it's his way of processing a reality that is frequently grim. In this case, his colorful excursion is inspired by the offer of a free piano with multicolored keys, the perfect lure for a man like Darius. It belonged to a legendary musician named Benny Hope, ensconced in a weird-looking mansion in the middle of nowhere. Where nobody can hear him scream.

Hope's brother Teddy, a strange dude who speaks in an affected, non-specific accent, prevents Darius from meeting Benny or retrieving the promised piano, quickly making his guest a prisoner to his rambling stories. Soon it's unclear whether Benny, said to have a degenerative disease that makes him allergic to light, even exists. Darius' belief that Teddy and Benny are one and the same sharpens when he sees photos of Benny masked in some medical version of a balaclava and wearing gigantic sunglasses.

The entire anxious episode pays homage to films such as "Whatever Happened to Baby Jane?" and "The Invisible Man," with a touch of Hammer Films' rubber-monster weirdness. Teddy himself is an elegant monstrosity, no longer entirely natural but a creature of affect. Underneath the clay-like prosthetics and ghastly makeup, he's played by Donald Glover, completing the undercover nature of his mission by playing the role uncredited.

Glover probably wants the audience to see Teddy as a familiar person, just not him. The character is an avatar for revered stars known for having removed themselves in some way from our shared existence, especially stars molded by demanding and abusive fathers. Teddy mentions Michael Jackson and his father Joe, the man who created him, among his heroes, along with Marvin Gaye and his father and, in a touch of levity, "the father that drops off Emilio Estevez in the 'Breakfast Club.'"

"Atlanta" doesn't limit its commentary on our valuing illusion over substance to celebrities. Most of the season concerns itself with how impossible it is for regular people, expressly black people, to totally shun Americans' emphasis on looking a certain way in order to merit decent treatment. Early in our lives a number of black parents attempt to drill the habit of dressing well — better than our white peers, if possible — as a necessary requirement to being seen and heard, to getting good service or telegraphing that we are not a threat.

"FUBU," the show's most recently aired episode and a flashback to Earn and Alfred's adolescence, addresses this specifically, when Earn's mother tells her teenage son that he needs to wear a suit to his first piano lessons.

"You are a black man in America, and when you meet people you need to look good," she declares. "Your clothes are important."

The episode is named for a designer shirt Earn wears to school, one he persuades his mother to pick up during a trip to the thrift store. When Earn's classmate shows up on the same day wearing one that looks slightly similar to his, it becomes obvious that one is a knockoff; given that Earn's mother bought his second-hand, he's pretty sure he's the dupe.

Being caught wearing fake designer clothing is the surest ticket to ridicule in Earn and Alfred's school — a sign that you're trying to fool your classmates into thinking you're wealthier and cooler than you actually are. For much of afternoon Earn does his best to hide the shirt he proudly showed off in homeroom. By the end of the day Earn is saved from the bully pack by Alfred, who clearly has more social pull than his cousin. And he does this by confidently selling a lie and pawning off the torture on another kid.

How we're perceived by others informs our odds of success in the world; for black men and women, in some scenarios presenting ourselves as tailored and wealthy may also mean the difference between life and death. (Even this is not always a guarantee.)

Earn's mother wanting him to wear the suit for his piano teacher is meant to serve as a baseline lesson for him that, as we see in his adulthood, doesn't take.

And this notion can make life seem a little unreal. It means that in any given scenario a person might not be seen as the genuine article, and might be celebrated for that or penalized for it. "Atlanta" in season 2 shows the black experience as a lifelong navigation of a world that might reward stunting in one moment and punish it in the next.

Each episode leading up to "FUBU," the season's tenth, examines this truth. Clothes play only one part here, but they're paramount. In "Helen," Van and Earn visit Van's old friends in what may be the whitest place in Georgia, a tourist destination that has been transformed into a permanent German alpine village. Van wears Bavarian costume to the festivities. Earn doesn't dress up, and is mistaken for a white person in blackface by another partygoer, who comes over and rubs his skin.

But even putting on a dirndl doesn't save Van from somehow being negated by another friend who, like her, is biracial and introduces Van as "Lottie's mom," never identifying her by her name. Later this friend tells Van it's OK to be seen as a baby mama, Earn's mate, and nothing else, because she "chose black." Van may dress the part, but her friend married into it, and somehow that makes her more legitimate.

And in "Atlanta," what characters wear can determine whether walking down the street is a transition between scenes or journey into a full-blown a nightmare. Alfred, materially caught in a web of illusion and assumption, is admonished at many points for not behaving like the successful rap star people think he is, thanks to the proliferation of his rap singles. He performs as Paper Boi but wants to move through the world as himself, a guy who doesn't care about posting on Instagram and refuses to shuck and jive for white executives dangling product sponsorships in front of him.

Neither does he agree to pretend to be in a relationship with a friend and social media star to build his brand while amplifying hers in "Woods." Her point was that his insistence on just being himself, on "keeping it real," wasn't what people wanted to see. Sure enough, several scenes later he's running for his life in the woods, being hunted by a man who likens him to roadkill.

The illusion of success in America isn't merely lucrative, it can serve as a barrier to predation. Real people, you see, get robbed all the time.

People living in the illusion, on the other hand, can get away with a lot more. They can convince themselves that slavery is a choice. They can convince their fans and authorities that sexually abusing underage girls and keeping harems of young women against their will and for their sexual pleasure is their right and the spoils of success.

They can rob critical issues that stand to impact our betterment, politically and socially, of the public's close consideration and attention.

Most of us don't turn to TV comedies to contemplate these ideas, but to escape, to be entertained for a while. The sleight of hand of "Atlanta" is that it accomplishes all of this better than nearly everything else on television, consistently defying our expectations by dressing itself up in one way to bring us to a new level of verity . . . and to fill us with dread.