"The Break" host has some specific words for the "very unpleasant, totally incurable" assistant to the president 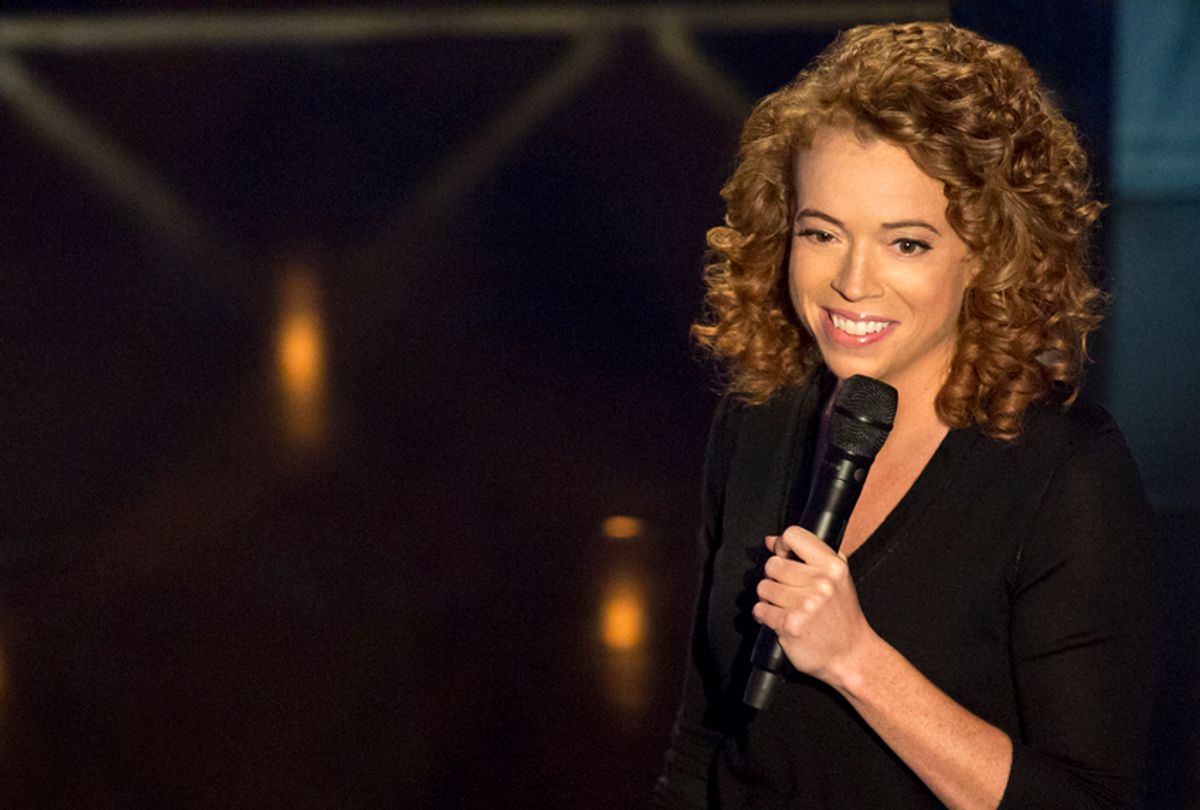 Michelle Wolf addressed the whiplash speed of last week's news on her Netflix show "The Break" Sunday, covering the continued separation of more than 2,000 immigrant children from their parents, Justice Anthony Kennedy announcing his resignation from the Supreme Court and the Supreme Court upholding Donald Trump's Muslim ban.

"Look, I could weave a few soft punch lines in a ten-minute analysis about how we can't normalize chaos," Wolf said, outlining a typical late-night political comedy format, "but I don't want to do that! I'm just a vulgar mouthy bitch who tells jokes about f**ked up shit. Or as the Republican National Committee called me this week in an ad, 'Unhinged.'"

In the spirit of the ad, Wolf premiered a new segment on her show called "Unhinged 2018!" "Now is not the time to be hinged," she said. "And you people on both sides of the political spectrum who keep saying that we must 'maintain civility' can shove that up your little uneaten assholes. Because these politicians, these people that we're expected to be civil to are public servants that we elected to do a job . . . they work for us."

Wolf brought up Rep. Maxine Waters, D-Calif., who has come under fire for calling for people to confront members of the Trump administration as a means of protest and to ensure the separation of children from their parents and children being detained in prison-like facilities is not normalized.

The comic added that she agreed with Waters, "but you can't just casually harass these people," Wolf continued. "You have to insult them specifically. 'You're a c**t' doesn't hurt them. It's on their vision board," she said, referencing the infamous "Full Frontal" moment last month.

"You have to make sure your words are life-alteringly hurtful," Wolf said. "There's an etiquette to everything, even crushing someone's soul. When you make someone eat shit, feed it to them with the right fork."

She gave several examples of insults that would work should you run into Ivanka Trump or Senate Majority Leader Mitch McConnell or EPA Director Scott Pruitt. But Wolf kept returning to Ivanka, coming up with harsher taunts as the segment continued.

"If you see Ivanka on the street, first, call her Tiffany," Wolf said. "This will devastate her. Then talk to her in terms she’ll understand. Say, 'Ivanka, you’re like vaginal mesh. You were supposed to support women, but now you have blood all over you and you’re the center of a thousand lawsuits.'"

Next up, was McConnell: "If you see Mitch McConnell at a restaurant, smile, then take his chair away before he can sit down and say, 'How do you like having a seat stolen from you, you flop neck?'"

For Pruitt, Wolf suggested that those who run into him, "immediately start giving him a haircut," she said. "And when he asks, 'Hey, are you a real barber?' Say, 'I'm as qualified to do this as you are to lead the EPA.'"

Wolf also had insults for Supreme Court Justice Clarence Thomas, Secretary of Education Betsy DeVos and Kellyanne Conway, but she had the most venom for the eldest first daughter. If you happen to see her in public, Wolf suggests:

Say, 'Hey girl, do your legs hurt? 'Cause you’ve been running afoul of government ethics all year.' And that will satisfy you more than it will hurt her, so follow it up with something like, 'Is your nickname herpes? Because you’re not necessarily the most dangerous person in the administration, but you’re very unpleasant, totally incurable, and you always show up when we’re about to get f**ked.'

"This has been Mind Your Manners," Wolf said, concluding the "Unhinged" segment. "Remember, discourse is the path to change, and Ivanka is the prettiest tumor in a swiftly moving cancer."

Correspondents from the Emmy Award-winning political satire show “Full Frontal with Samantha Bee” open up to Salon about writing comedy in the Trump era.