This is America: When celebrity culture merges with science denialism, you get public health crises 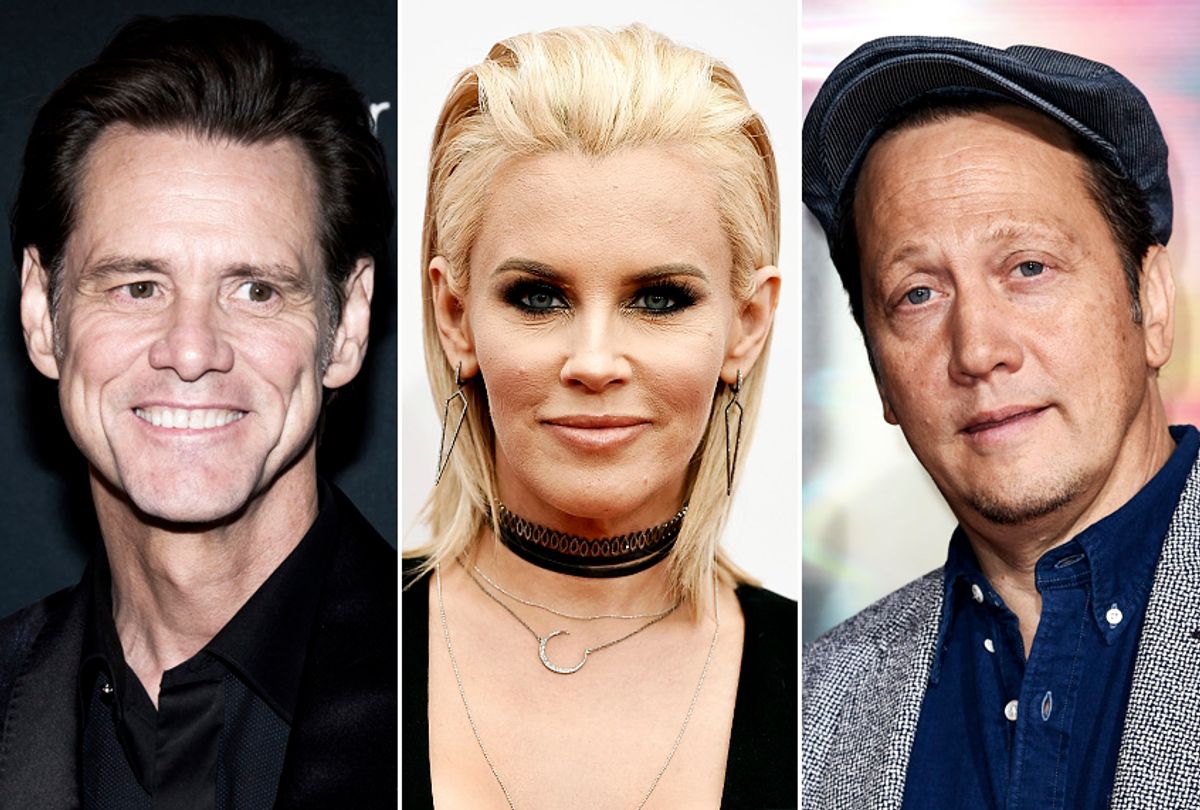 In our post-truth era, scientific illiteracy has morphed into science denialism. Today, people simply declare their own truths. As a consequence, science is losing its platform as a source of truth. Meanwhile, a pervasive celebrity culture — in which celebrities are considered trusted “experts” solely because of their fame — has poisoned the idea of what constitutes expertise.

Nowhere is the merger of these two trends more evident than in our embrace of “celebrity science,” which, because it often involves issues of health, might not only be misleading but harmful. Some celebrities actually do have science backgrounds; Mayim Bialik, who has a PhD in neuroscience, springs to mind. Unfortunately, many celebrities have waded into debates within fields in which they have neither expertise nor training, perhaps unintentionally injecting doubt into scientific certainty and often even harming public health efforts. Here are a few of the worst celebrity offenders.

Anti-vaccine crusaders Jenny McCarthy, Jim Carrey, Kristin Cavallari and Rob Schneider: The anti-vaccine crowd frequently falls back on the claim that vaccines cause autism, despite more than two dozen studies clearly showing that vaccination does not increase the incidence of autism. Nor did it make a whit of biological sense that vaccines would.

Gwyneth Paltrow: Paltrow is probably best known for her promotion of vaginal steaming, jade eggs and cleansing enemas. Paltrow believes that vaginal steaming with mugwort balances female hormones and cleanses the uterus. Apart from the fact that mugwort isn’t a hormone and vaginal steam will never reach the uterus, vaginal steaming can cause burns and bacterial infections. The jade eggs placed in the vagina to enhance muscle tone put users at risk of toxic shock syndrome, and the “toxin-removing” colonic enemas Paltrow prescribes, which have no proven benefit in otherwise healthy people, can cause dehydration, infections, vomiting and, worst of all, bowel perforations.

Suzanne Somers: Somers has become a one-woman industry, promoting megavitamins, supplements and minerals, as well as skin-care, weight-loss, and detoxification products on her website. When Somers says use her hormone replacement therapy because it’s “all natural” and isn’t going to cause the sort of problems that regular hormone replacement therapy cause, that’s bad advice. If a product causes a physiological response, it doesn’t matter whether it’s synthesized in a laboratory or derived from nature — it still has the same effect, which means that it can also have the same negative consequences. Also, antioxidants like Vitamin A, Vitamin E and the mineral selenium given in quantities vastly in excess of the recommended daily allowance actually increase the risk of cancer and heart disease.

Katie Couric: On Dec. 4, 2013, Katie Couric aired an episode that raised serious questions about the HPV vaccine. The show featured two mothers whose children had developed either a fatal heart arrhythmia or chronic fatigue syndrome following the vaccine. Couric’s mistake in this episode was the omission of more than a dozen studies performed on more than a million people showing that the vaccine doesn’t cause the problems claimed on her show. She never helped her viewers think through the difference between causal and coincidental associations. Katie Couric’s program only showed that the HPV vaccine doesn’t prevent fatal heart arrhythmias or chronic fatigue syndrome. It only prevents HPV infections.

Angry that she had chosen to scare parents away from a life-saving vaccine, the medical and scientific community rained down on Katie Couric, who later offered a weak, ineffective apology.

Steve Jobs: In 2011, Steve Jobs died from pancreatic cancer. However, Jobs didn’t have the type of cancer for which medicine had little to offer (adenocarcinoma); rather, he had a neuroendocrine tumor — a cancer that has a 95 percent chance of survival with early surgery. Unfortunately, instead of getting the surgery that might have saved his life, Jobs chose acupuncture, bowel cleansings and fruit juices. When he finally had surgery, it was too late. While one can’t blame him for his death, Jobs undoubtedly put himself at unnecessary risk by choosing an alternative course.

Donald J. Trump: Trump’s war against science is also a war against children. When a figurehead like Trump repeats the myth that vaccines cause autism, as he did during the presidential debates, many parents may choose not to vaccinate, putting children at unnecessary risk. When Trump denies climate change, which he stated unequivocally was a hoax, viruses like chikungunya and Dengue travel farther north, now entering states like Texas and Louisiana, causing more American children to suffer. Or when, by picking Mike Pence and Betsy DeVos, he says that creationism is as valid as evolution, children fail to learn important scientific facts in an age where scientific competitiveness with other countries is critical.

The Trump administration’s denial of climate change is reminiscent of the Church’s condemnation of Galileo for daring to say that the Earth wasn’t the center of the firmament, as stated in the Bible. When Galileo was taken away in chains he took a moment to look back at his accusers and say, regarding the Earth, “It still moves.” His point: You can lock me away, but that won’t change the facts. And the Trump administration can deny climate change, back out of the Paris Accords, and insist that the EPA remove the phrase “climate change” from its website. But that won’t change the facts. Human activity is changing our climate. “The good thing about science,” wrote Neil deGrasse Tyson, “is that it’s true whether or not you believe in it.”

Although non-celebrity science might not have the glitz or pizzazz of celebrity science, it’s still your better bet. It’s OK to trust websites generated from university centers, hospitals and professional societies even though those who are doing the talking are probably less attractive and less interesting than the celebrities. One other thing: Avoid trusting sites that are selling something or that make claims that sound too good to be true.

Paul A. Offit, M.D., is the director of the Vaccine Education Center at the Children’s Hospital of Philadelphia and a professor of pediatrics at the Perelman School of Medicine at the University of Pennsylvania.

His most recent book is "Bad Advice: Or Why Celebrities, Politicians, and Activists Aren’t Your Best Source of Health Information."