This week's best picks all look at what haunts us in different ways, including one show revived from TV limbo 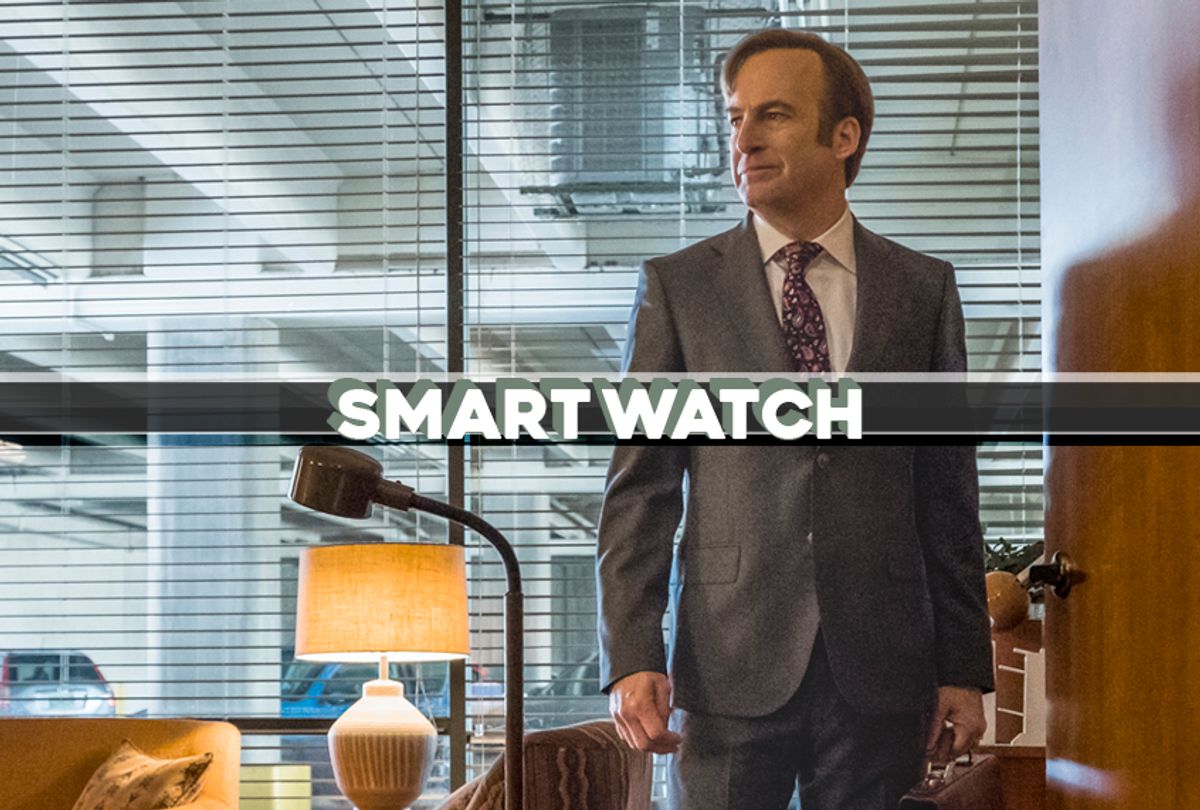 We’re all haunted by something. Any conscious adult who claims otherwise is lying or may be enjoying an intimate and lasting relationship with psychotropics. Either way, who are we to judge? Dragging a few ghosts is an inevitable byproduct of stumbling through a crowded world jagged with hard corners and sharp edges.

We accidentally bump other people into the pointy ends along the way. Sometimes we mean to. Sometimes we get pushed and impaled. We nurse resentments and regrets and take on the weight of other people’s envy and guilt. From there it becomes a matter of what we do with our haunting: Do we embrace possession or call for an exorcism? The choice isn’t always as simple as we think.

The fourth season of AMC’s “Better Call Saul” finds Jimmy McGill (Bob Odenkirk) at that crossroads, contending with a death that fails to free him from the prison of his sins. For the sake of anyone who isn’t caught up with the series, I’ll refrain from saying who it is, though it’s easy enough to guess.

Suffice it to say, when the show returns Monday at 9 p.m. it is slowly dawning on Jimmy that he’ll never be free of the reputation his brother Chuck (Michael McKean) stained him with. As long as Jimmy exists, no matter what he achieves, he’ll be seen as a con man.

Everything he’s achieved is due to his own efforts, and on another series on another network (hello, “The Mentalist”) his con man past would be transformed into an asset in the courtroom. Jimmy’s ghosts are loud and powerful, however, and they make Jimmy into his own worst enemy. Understanding this is one small step to comprehending why Jimmy McGill one day burns his entire identity to become criminal lawyer Saul Goodman.

“Better Call Saul” is among a handful of series people miss when it’s off the air because it’s so well written, as one expects of series creators Vince Gilligan and Peter Gould, but also because of its lineage.

“Better Call Saul” itself is a haunted work of television, although the spirits surrounding it are hallowed and sacred; it exists as a prequel to one of the finest series of television’s Golden Age, “Breaking Bad.”

But “Better Call Saul” stands on its own. You don’t have to have seen “Breaking Bad” to savor the tension and sorrow of Odenkirk’s performance or the stoical menace of Jonathan Banks’ Mike Ehrmantraut or the cool scariness of Giancarlo Esposito’s Gus Fring. You only need to understand the primal human need to have one’s efforts be validated and to attain respect, and how being consistently denied these things twists a person terribly. This changes the nature of the mystery about how it ends.

Frequently the question that accompanies great dramas centered on difficult or bad men is about whether they’ll die, or the nature of that death. We know Odenkirk’s character lives, but the main fascination surrounds the nature of his transformation. Jimmy McGill has to die in order to become something or someone else. He has no other choice; his old house is haunted.

READ MORE: I deleted Facebook and I still have friends

It’s extraordinary to think that this absurd and wonderful parody of “Jonny Quest” has been on the air at various points since 2003. That makes it more resilient than most than most titles on TV, let alone on Adult Swim. The secret is because it’s a show about crashing and burning, and refusing to wallow in failure even though failure is pretty much inevitable and guaranteed.

Dr. Thaddeus “Rusty” Venture (voiced by James Urbaniak) is the lesser son of a great scientist, a man who inherited his father’s reputation and some measure of his talents but not enough to make him a true force in the realm of super science.

He is skilled enough to earn him an arch-nemesis and the sustained attention of the Guild of Calamitous Intent, an organization of thugs and ne’er-do-wells run by The Sovereign, a shapeshifter who enjoys taking the form of David Bowie.

Rusty’s sons Hank and Dean are clones best described as the Hardy Boys with a quarter of the intelligence; his bodyguard Brock Samson (voiced by Patrick Warburton) is a killing machine. That’s pretty much all that’s required to jump right back into the fray following the cartoon’s two and a half year absence. And handily (for the purposes of this column’s theme, anyway) the action resumes with efforts to solve what may be the haunting of the Venture Compound, but is likely something much simpler, requiring the assistance of the Ventures’ ally Orpheus (this series’ version of Doctor Strange) and his Order of the Triad.

Designating something as a summertime show can sometimes mark it as dismissible. “Claws” explodes that notion by inviting us to invest in the daily dramas of working class women, led by Niecy Nash’s Desna, who make their legitimate money by doing nails while struggling to survive in the criminal underworld. There’s a soapy undercurrent to this series that keeps it lively and lends a level of undeniable pleasure that few other shows can match. But it never hides its examination of female power and the intricate strategies used to wield it — and exploit it — in a dangerous world dominated by men.

Adding a layer of impressive tension to this season is Franka Potente’s Zlata Ostrovsky, the daughter of the Russian crime family going up against the Dixie Mafia. In a world of spikes, she’s the knife that slice through a room, upping the ante of a series that’s already running at full throttle. It’s also a lot of fun to binge; in case you’re wondering, season 1 is currently streaming on Hulu.

A cult of worship arose around actress Carrie Coon in 2017 thanks to her work in “The Leftovers” and “Fargo.” Each performance differed starkly from the other, although Coon’s quiet spirit, even when she’s iridescent with anger, is a common and grounding force in both.

Producers of “The Sinner” must have taken note of this, because this quality make Coon’s enigmatic character Vera inscrutable at first before morphing her ever so slowly into a sinister figure who wraps herself in illusion of gentle caring. And once again this pulls in Detective Harry Ambrose (Bill Pullman), who is at first baffled by a murder involving a creepy 13-year-old boy (Elisha Henig) who confesses to murdering a couple in the hotel room where he’s found.

We’ll be returning to this series for a more extensive examination, but the new season is only on its second episode, the first to introduce Coon as a central character. We’re still early enough to sign on to the new season’s mystery without missing the hints and nuanced clues this series enjoys sprinkling through each episode. Invest in this one if you haven’t already.

Another series to which we’re devoting a full review later this week isn’t hounded by ghosts so much as it debuts in the shadow of a better-received if lower-rated series, AMC’s “Dietland.” The trailer alone was enough to inspire outrage.

Another point of view posits that this revenge tale of an overweight woman who gets skinny as part of a quest to get even is precisely the kind of power fantasy people who aren’t a size 2 are commonly denied.

Regardless of the size that a viewer considers himself or herself to be, it’s always interesting to see whether the furor/publicity is warranted once the final product is revealed. For the sake of #MeToo advocate Alyssa Milano, who co-stars in this series, let’s hope it’s better than the negative hype lest it linger.  Now there’s a scary thought...

The star of "Claws" shares some advice for actors.