"The Walking Dead," "Madam Secretary," "Black Lightning" and "The Haunting of Hill House" give us hope 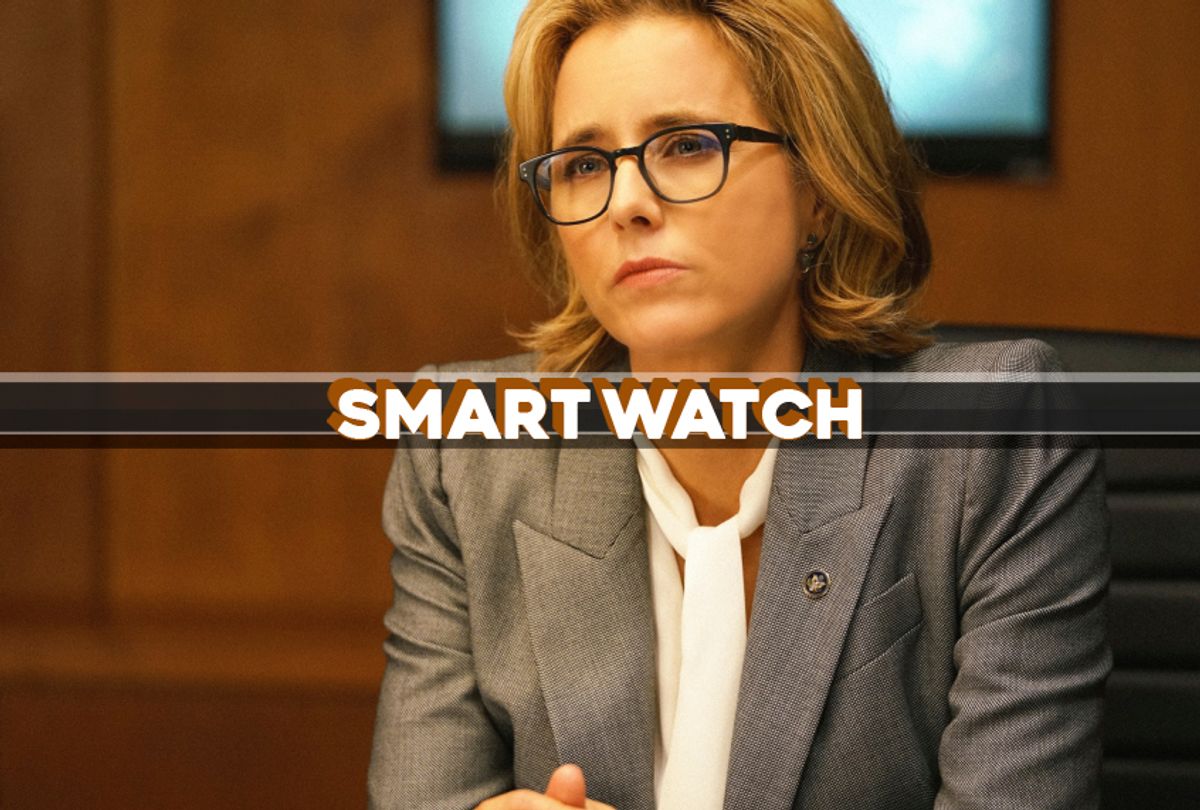 Lately, the act of being a woman who’s awake and connected to the world has been trying. For women who have come through trauma, to call the last couple of years "trying" is putting it mildly. To be alive and connected to the woes of the world, to be concerned with suffering as opposed to celebrating it, is to be in the midst of a scorch trial, to be in a trap where the floor is tilting and forcing us inexorably downward and backward.

Television knows. Television has played to that pain, with varying results. Some people find solace in commiserating stories. Others would rather watch endless reruns of “Archer.”

Retreat or digging in aren’t the only options in entertainment for women, of course. Plenty of series channel the hardships of the world in ways that are compelling and balance realism with optimism, and fortitude. Real life is an unkind place to women, and for many decades television and films have mined that unkindness to add thrills to fictions, to titillate and exploit and augment the heroic journeys of men.

Even so — even now, in the darkest of the dark hours — we have female characters who embody hope and possibility. Sunday brings us Jodie Whittaker as the first woman to play the titular Doctor on “Doctor Who,” premiering at 1:45 p.m. and encoring at 8 p.m. on BBC America. She’s amazing, and she’ll keep on saving this tired world regardless of how lousy things get.

Soon we’ll have a new season of “Supergirl” on The CW, a woman who is fireproof, who leaps buildings.  What these women have in common, in case you haven’t noticed, is that they’re aliens.

Last week we took a look at visions of masculinity and men on television. It seems appropriate that at the end of a week where women have felt surrounded and closed in that we look at women returning to our TV schedule who stand and persist regardless of the state the world is in.

Full disclosure: I gave up on this series after it turned the grisly death scene of two of their main characters into a promotional ploy, including the moral center of the plot. Their murders in themselves were horrifying, but the fact that they came as part of a never-ending parade of inhumanity, torture and death for the sake of sport spoke of a sameness, a rut whose groove was slick with gore.

Despite this, the opening episode of this ninth season, promoted as the final episode for series star Andrew Lincoln, who plays main hero Rick Grimes, brings us to a new era in this world. These new chapters are about the growing pains of rebuilding, if not resetting after a long conflict. Communities are coming together, sharing resources and on the verge of creating a new government.

In the three main communities of The Kingdom, Hilltop and Alexandria, women are either in charge or holding prime leadership roles. Female heroism on “The Walking Dead” is most often associated with Carol Peletier (Melissa McBride) or the katana-wielding Michonne (Danai Gurira).

But as season nine begins, the locus of female strength now rests with Maggie Rhee (Lauren Cohan) — widow, single mother and the elected leader of Hilltop. Maggie is effective enough to make the men who used to run Hilltop envious. Envy is a poisonous thing in places where life is both precious and cheap.

So if there is a reason to come back to “The Walking Dead,” it’s not Rick Grimes, whose story is ending but has been quite well told, but Maggie, who learned from Rick and has, perhaps, evolved beyond him, for better or worse. My love for Carol and Michonne abides, always, but the chance to watch Maggie contend with the challenges of statecraft in a post-apocalyptic world slowly coming back to life may be too interesting to turn away from.

Not too long ago television mined comedy from fictional visions of ineffectual governance. But this show is stalwart in its depiction of the challenges of fostering international relations in an increasingly volatile world.

The fifth season finds Téa Leoni’s Secretary of State Elizabeth McCord negotiating a tricky path between foreign powers who have been at odds for generations and the pressures inherent to preparing for a possible run for president. That delicate dance becomes more difficult when domestic affairs interfere, reminding the audience that the threats pressing down on America at home require as much attention as those looming abroad.

But the season premiere also nods at a longing for some version of past when men and women who occupied McCord’s place brought a modicum of dignity to the role by bringing Former Secretaries of State Colin Powell, Madeleine Albright and Hillary Clinton on as cameos. Their role? Reminding McCord, and those watching at home, of America’s most basic principle, “E Pluribus Unum.” Helpfully that’s also the title of this episode.

Portraying female power as a preternatural gift is energizing, and certainly we all deserve some version of a power fantasy.  The CW provides a number of such superheroes thanks to the dominance of DC Comics titles on its schedule.

In the second season, the continuing adventures of Jefferson Pierce, the show’s eponymous hero, may not be as interesting as the development of his daughters’ separate journeys as they mature into their powers. Nafessa Williams’ Anissa Pierce has already stepped up as Thunder, but even his youngest daughter Jennifer (China Anne McClain) is realizing she has a fire in her that isn’t just figurative.

“Black Lightning” brings metahuman fantasy into a working-class neighborhood scraping and struggling for resources to offer opportunities to its citizens, a story not frequently seen in comic book films and movies.

But in addition to this, it’s also a superhero story featuring a queer woman of color in Williams’ Anissa, playing a central role in the narrative and grappling with her mistakes with as much force as she uses to wield her powers. The new season also puts her in a role enabling her to balance the scales in ways that her lawful father cannot, which should prove interesting as the season develops.

It may seem strange to offer up a story about a family torn apart by a haunted house as an example of female possibility. Make no mistake: Mike Flanagan’s stupendously creative, perspective-challenging version of Shirley Jackson’s horror classic is fueled by stunning stories about the women of the Crain family. But a few of them don’t have happy endings.

However, what makes this rendition of Jackson’s story so fascinating is the role femininity and domesticity plays in possessing the lives of a couple and shattering their family so completely that only a tragedy can bring them together as adults.

The means by which Flanagan’s series depicts trauma as a wraith that never leaves the afflicted offers a dark, seductive comfort somehow. Carla Gugino’s mother Olivia and Victoria Pedretti’s Nell carry most of the poison this strange house injects into the spirits of its occupants, always in the night, in the dark, and are bedeviled by things they see others insist aren’t there. The way we see it makes it plain that they are. After the weeks we've survived, that confirmation of evil’s existence feels validating.