"The alarming number of missing and murdered indigenous women and girls continues to grow," the senator says 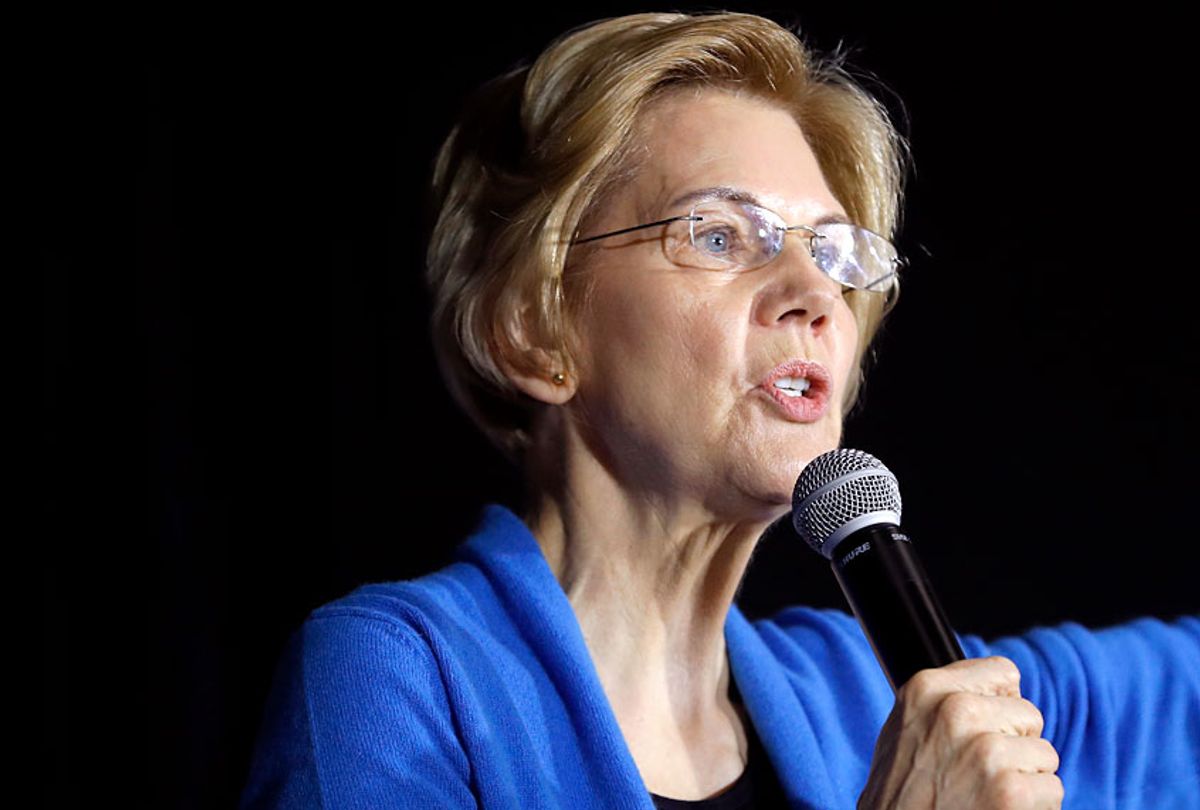 Democratic presidential candidate Sen. Elizabeth Warren (D-Mass.) received a standing ovation when she made a surprise appearance Tuesday at a Native American conference.

Warren spoke at the National Indian Women's "Supporting Each Other" lunch, where she introduced Cheryl Andrews-Maltais, the chairwoman of the Wampanoag Tribe of Gay Head Aquinnah in Massachusetts, HuffPost first reported. The luncheon took place during an annual meeting of the National Congress of American Indians.

"The alarming number of missing and murdered indigenous women and girls continues to grow," she said, according to The Daily Beast. "But Congress failed to pass legislation to address this epidemic."

Warren also demanded action on rising suicide rates among Native people, and addressed housing, health care and drug-addiction issues. She called for "enforcing our federal government's trust and treaty responsibilities to beating back the assault on the Indian Child Welfare Act."

"The agenda is enormous, and the fights will be tough," Warren said. "In tough fights, it is important to have leaders like Cheryl out in front. Cheryl is warm, and understanding and sharp. She's forceful. And let's say it, 'She persists.'"

Warren's remarks come after amid strong criticism over her past claims of Native American ancestry, especially from tribal leaders who have rebuked her attempts to confirm that she has some Native American ancestry via a DNA test as a "mockery out of DNA tests and its legitimate uses while also dishonoring tribal governments and their citizens." Warren apologized to the Cherokee Nation earlier this month for releasing a DNA test in an attempt to prove it. It was most recently revealed that Warren listed her race as "American Indian" when she filled out  form for the Texas state bar in 1986.

"Indian Country needs strong allies like Elizabeth Warren, whose unwavering commitment to Native communities and Native American women and children is needed in this political era," Haaland said, reportedly adding that she and Warren are working together to find funding for budget shortfalls in Native communities.

Warren officially launched her presidential campaign on Saturday in her home state of Massachusetts at a mill site where largely immigrant and female factory workers went on strike in 1912 to call attention to the wealthy power brokers who "have been waging a class warfare against hardworking people for decades," the senator said in her speech. It was a fitting backdrop for the longtime consumer advocate to advance her platform of taking a pickaxe to Wall Street. Warren cemented her 2020 campaign with a call to fight economic inequality and build "an America that works for everyone."

"Every day, there's a racist tweet, a hateful tweet – something really dark and ugly," Warren said of Trump. "And what are we, as candidates, as activists, the press, going to do about it? Are we going to let him use those to divide us?"