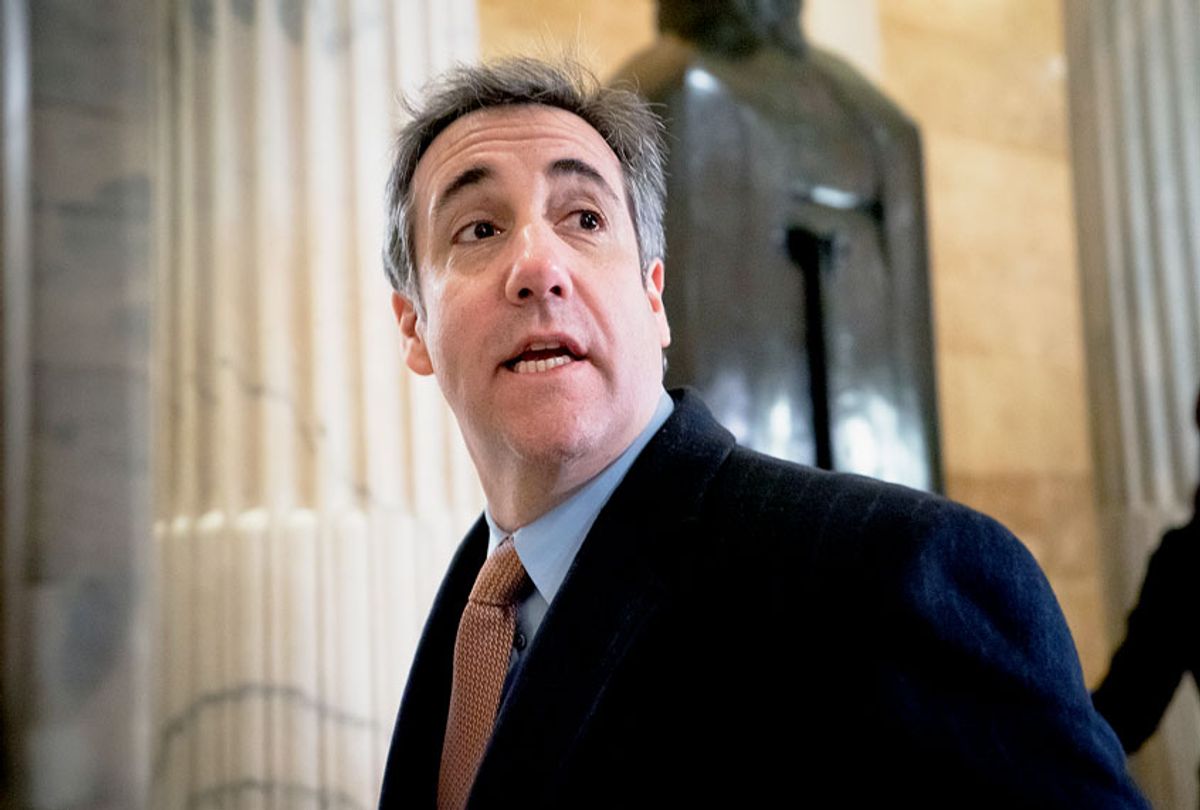 In this March 6, 2019 file photo, Michael Cohen, President Donald Trump's former lawyer, returns to testify on Capitol Hill in Washington. Attorneys for Cohen have asked members of Congress to help keep him out of prison. In a letter sent to lawmakers Thursday, April 4, 2019, the lawyers said Cohen is still sorting through documents that might be of interest to House Democrats investigating his former boss, President Donald Trump. (AP Photo/J. Scott Applewhite)
--

Michael Cohen, the attorney who spent many years working as President Donald Trump's personal "fixer," has entered into an agreement with New York City prosecutors as part of their investigation into the Trump Organization's handling of hush money payments, CNN and NBC News reported Wednesday.

Officials from the Manhattan District Attorney's Office, led by Cyrus Vance, reportedly interviewed Cohen on Aug. 20 at the federal prison in Otisville, N.Y., where he is serving a three-year sentence after pleading guilty to multiple crimes, including campaign finance violations related to hush money payments to two women who claimed that they had extramarital affairs with Trump a decade ago. Trump has denied having affairs with both women.

The deal stipulates that Cohen will cooperate with the Manhattan District Attorney's office in its investigation without incriminating himself.

The district attorney launched the investigation last month, issuing subpoenas to the Trump Organization and American Media Inc. for documents and records related to payments made to adult-film actress Stormy Daniels and former Playboy model Karen McDougal to silence their allegations ahead of the 2016 presidential election.

Though Cohen is a key witness to investigators, his credibility has come under fierce scrutiny. Cohen pleaded guilty last year to lying to Congress about the president's plans to build a Trump Tower in Moscow.

The investigation is the latest sign of the potential legal issues hanging over Trump, his businesses, his family and his associates. House Democrats are suing to obtain the tax and bank records of Trump and his family members. New York Attorney General Letitia James has also subpoenaed Deutsche Bank and Investors Bank for records related to the financing of four major Trump Organization projects and a failed effort to buy the NFL's Buffalo Bills.

The state investigation, which is reportedly still in the early stages, began after the U.S. Attorney's Office for the Southern District of New York closed its own investigation in July.

Cohen was the only individual prosecuted as part of the federal probe. He pleaded guilty to paying $130,000 to Daniels to keep her from going public with her claims in order to influence the outcome of the 2016 election.

American Media Inc., publisher of the National Enquirer, signed a non-prosecution agreement with federal prosecutors for its own role in the hush money scheme. AMI admitted to making a payment of $150,000 to McDougal in concert Trump's campaign in an effort to prevent her allegations of an affair from becoming public.

The payments are considered by the government to be an illegal donation to Trump's campaign, since they were intended to improve Trump's election chances. The legal limit for individual contributions in a general election is $2,700.

At his sentencing hearing late last year, Cohen said he took "full responsibility" for his actions, but claimed the payments were made "in coordination" and "at the direction" of Trump in an effort to influence the election’s outcome.