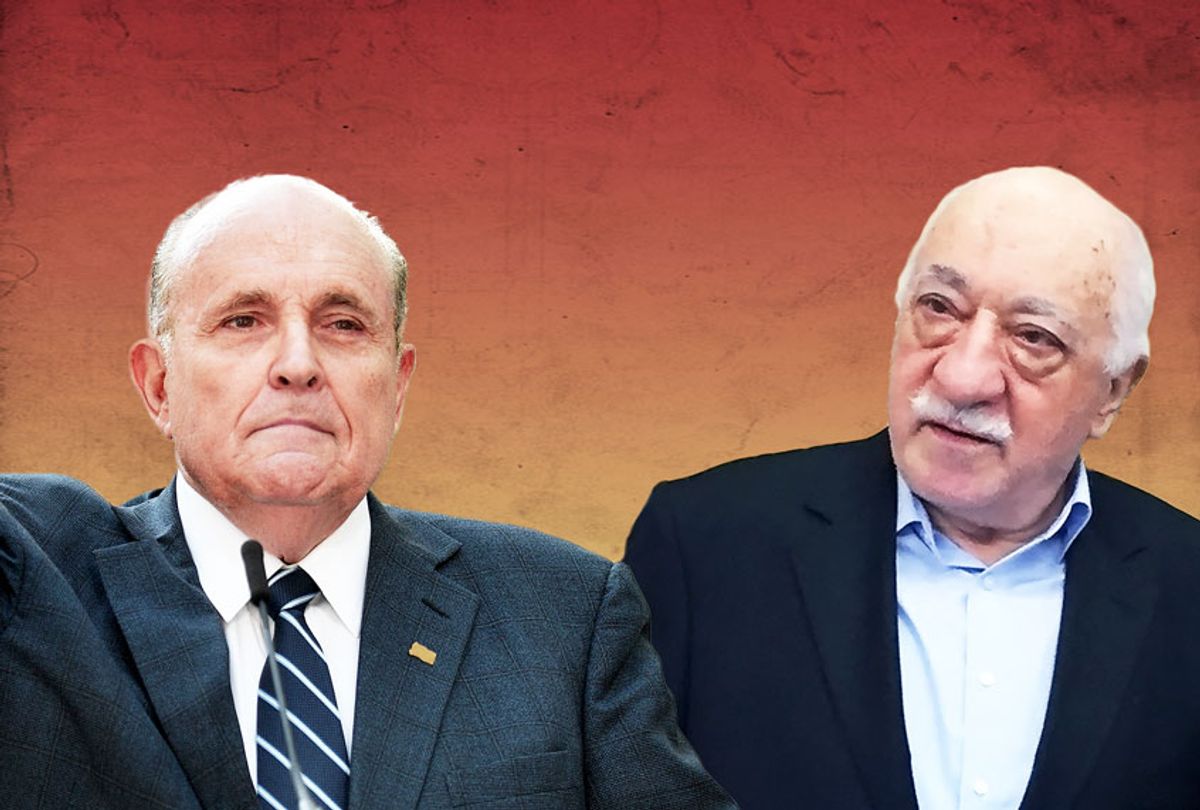 President Trump’s lawyer, Rudy Giuliani, has denied that he illegally lobbied on behalf of Turkey after multiple former administration officials told The Washington Post that he repeatedly pressed Trump to extradite a Turkish cleric who lives in the United States, a top priority of Turkish President Recep Tayyip Erdogan.

Former administration officials told the Post that Giuliani, prior to becoming Trump’s personal lawyer in the Russia probe, repeatedly urged Trump to turn over Fethullah Gülen, a permanent U.S. resident who lives in Pennsylvania. Turkey has demanded Gülen’s extradition after blaming him for a failed 2016 coup attempt against Erdogan, though Gülen has denied his involvement.

Giuliani, who is currently under investigation by federal prosecutors for his Ukraine-related lobbying according to The New York Times, brought up Gülen so often to the president that a former official described the topic as Giuliani’s “hobby horse.”

“It was all Gülen,” a second former official told The Post.

White House officials worried that Giuliani was pressing Trump on behalf of the Turkish government, former officials told the outlet. Trump “appeared receptive” to the idea, though his advisers pushed back. “We’re not going to arrest [Gülen] to do a solid for Erdogan,” one former official said.

Turkey has demanded Gülen’s extradition since the Obama years, even enlisting former Trump national security adviser Mike Flynn in a bizarre plot to kidnap Gülen and return him to Turkey. It’s unclear why Giuliani was pushing Trump on the issue. In 2017, Giuliani similarly pushed then-Secretary of State Rex Tillerson, without success, to stop the prosecution of a Turkish Iranian trader that Erdogan wanted the U.S. to release, apparently for fear the trader might implicate Erdogan in a corruption plot, The Washington Post reported last week.

If Giuliani lobbied on behalf of Turkey, he would have been required to register as a foreign lobbyist, which he has not. Giuliani insisted to the Post that he did not represent Turkey and therefore did not have to register.

He declined to comment on why he pushed for Gülen’s extradition, citing “attorney client privilege.”

Failing to register as a representative of Turkey was one of the issues that brought down Flynn, who ultimately pleaded guilty to lying to the Justice Department about work he did on behalf of Turkey.

Reid Weingarten, an attorney for Gülen, told the Post that it was “disturbing” that Giuliani had reportedly pressed Trump on the issue after Flynn’s efforts failed.

“After Gen. Flynn’s efforts on behalf of Turkey on this subject were exposed it is hard to believe Giuliani would follow suit,” he said.

Though Giuliani has denied working on behalf of Turkey, he has admitted in recent months to doing work on behalf of clients in Romania, Brazil, Bahrain, Colombia and Ukraine. Giuliani also represented an Iranian dissident group that had been placed on a list of terrorist groups by the State Department.

Giuliani has claimed that he does not have to register with the Justice Department because he does not lobby U.S. officials on his clients’ behalf.

“I don’t represent foreign governments in front of the U.S. government,” he told the Post earlier this year. “I’ve never registered to lobby.”

But the Post reports that senior officials were so troubled that Giuliani “might have been paid to push Turkey’s interests” that they confronted him, urging him not to bring up the issue with Trump. Officials even checked lobbying records to see whether Giuliani had registered as a Turkish lobbyist, The New York Times reported.

Lobbying experts disputed Giuliani’s claims. Matthew Sanderson, an attorney who focuses on foreign lobbying registration, told the Post that Giuliani’s lobbying for Gülen’s extradition after lobbying for the release of the Turkish trader who implicated Erdogan raised questions about why he chose not to register.

“It seems Giuliani was acting on behalf of a foreign principal and representing those interests before a U.S. government official, which can trigger the registration requirement,” he said.

Another attorney, Joshua Rosenstein, agreed that “the principal beneficiary of his work would be the Turkish government.”

Giuliani dismissed the criticism and blamed reports about his work for foreign clients on Democrats. Giuliani, who also led Trump’s pressure campaign on Ukraine in a bid to get them to investigate former Vice President Joe Biden and his family, also declared that he did not have to cooperate with House Democrats' impeachment inquiry. On Tuesday, he announced that he had parted ways with his own attorney, former Watergate prosecutor Jon Sale.