“We are going to destroy this f**king town,” he is heard saying in the audio. "I rule the f**king world." 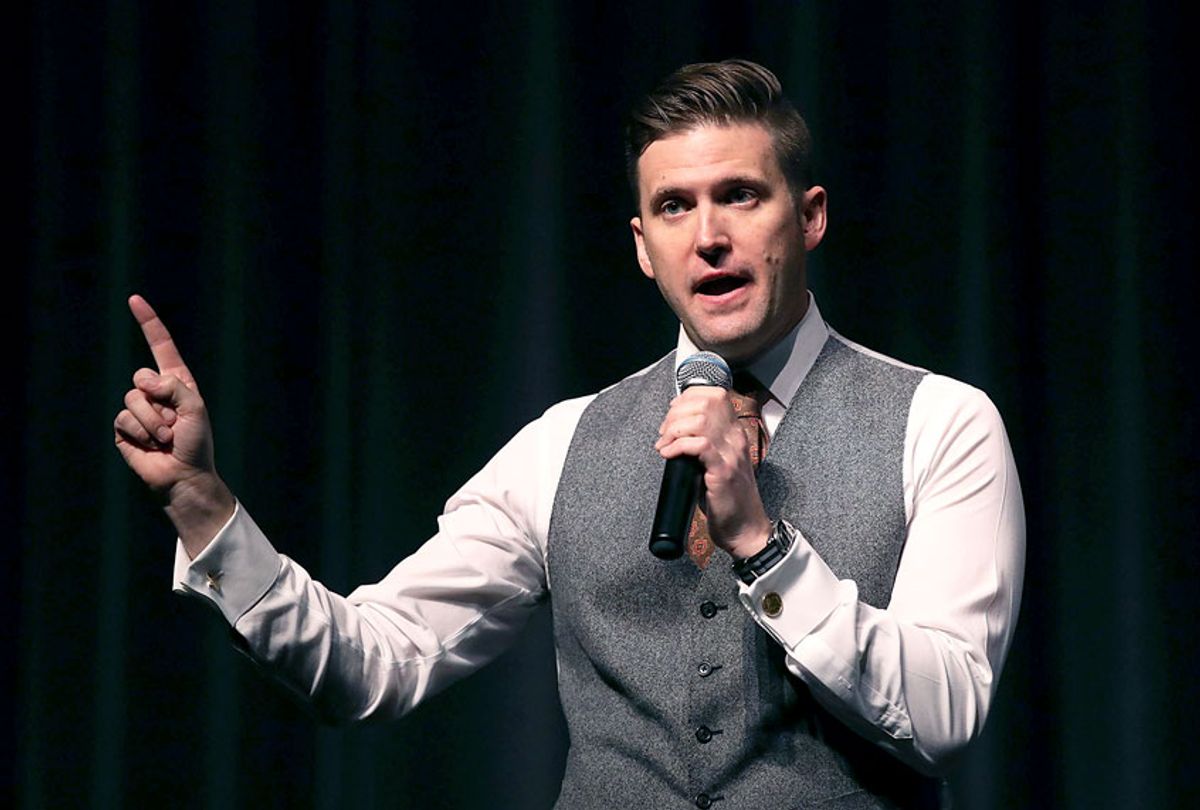 Yiannopoulos, who reportedly worked with white supremacists to mainstream their rhetoric through Breitbart News before he lost his job there, published the audio in a blog post. The audio, which Yiannopoulos claimed was confirmed by a source close to Spencer, appears to capture the prominent white nationalist unleashing a flurry of slurs aimed at Jews and African Americans after the murder of Heather Heyer at the 2017 rally. The audio has not been verified by Salon.

Yiannopoulos wrote that the audio was recorded at an “emergency meeting” following Heyer’s death. Heyer was killed by white nationalist James Fields, who drove his car into a crowd of protesters. After the rally, President Trump was accused of emboldening white nationalists when he claimed there were “very fine people on both sides” of the rally.

“My ancestors f**king enslaved those little pieces of f**king sh*t,” the man identified as Spencer shouts in the audio recording. “They don’t do this to f**king me. We’re going to f**king ritualistically humiliate them.”

The audio includes a threat to return to Charlottesville repeatedly.

“We are coming back here like a f**king hundred times,” the voice in the recording says. “I am so mad. I am so f**king mad at these people. I am coming back here every f**king weekend if I have to. Like this is never over. I win. They f**king lose. That’s how the world f**king works. I rule the f**king world. Those pieces of sh*t get ruled by people like me.”

“We are going to destroy this f**king town,” he added.

“It is not clear why Spencer was blaming Jews and black people for the death,” Yiannopoulos wrote.

Spencer, who has advocated for a “peaceful ethnic cleansing” of nonwhite Americans, rose to prominence after a string of glowing profiles that touted him as a “dapper white nationalist” trying to “make racism cool again.” After the 2016 election, Spencer was recorded giving a speech in which he declared “hail Trump, hail our people” as members of the audience gave the Nazi salute. He was later recorded being punched in the face at Trump’s inauguration, prompting endless debate over whether it was appropriate to “punch Nazis.” Spencer helped popularize the term “alt-right” to obfuscate the racist ideology behind the movement.

Yiannopoulos has his own ties to Nazism and was banned by Twitter for inciting online mobs. In a leaked message, he recently complained that he could no longer “put food on the table” without access to mainstream social media platforms.

Yiannopoulos told Newsweek that he shared the audio out of a mutual “hate” between the two men.

The audio was first published by the far-right group “Daily Groyper.” The group suggested that the leak was in response to a recent rift among white nationalist groups.

The audio leak prompted a new round of criticism aimed at Twitter CEO Jack Dorsey, who personally intervened to prevent the social network from banning Spencer’s account, according to The Wall Street Journal. A Twitter employee told Motherboard earlier this year that the social network has been reluctant to create an algorithm that would effectively police white supremacist content on the website “because the collateral accounts that are impacted can, in some instances, be Republican politicians.”