Sessions tries to reconcile with his former boss in his first campaign ad, saying: "He has my strong support" 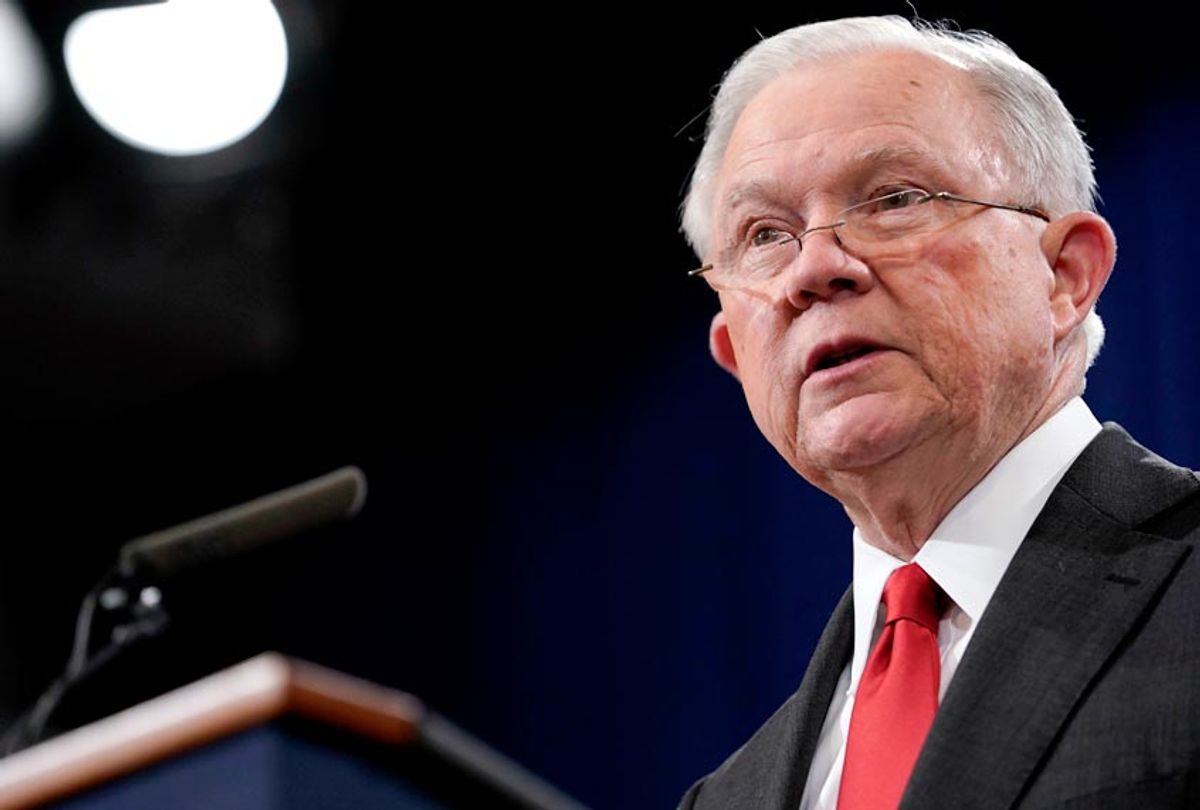 Former Attorney General Jeff Sessions announced Thursday that he is running for his old Senate seat in Alabama, with an opening message that directly addressed his tumultuous relationship with his former boss, President Donald Trump.

"When I left President Trump's Cabinet, did I write a tell-all book? No. Did I go on CNN and attack the president? Nope. Have I said a cross word about our president? Not one time, and I'll tell you why," Sessions said in a brief video posted to his website. "First, that would be dishonorable. I was there to serve his agenda — not mine. Second, the president is doing a great job for America and Alabama, and he has my strong support."

Sessions, who represented Alabama in the Senate from 1997 until he resigned in 2017 to serve as Trump's first attorney general, has largely stayed out of the public eye since his unceremonious departure from the administration. He has reportedly been made aware that Trump intends to campaign against him. In announcing his support for the president in his first campaign video, Sessions suggests he understands the difficulty of mounting a political comeback in Alabama, where the president's approval rating is higher than anywhere else in the country, without support from the White House.

Sessions' former seat is currently held by Democratic Sen. Doug Jones, who defeated the controversial former Judge Roy Moore, a Republican, in a 2017 special election. Jones, the first Democrat to represent the Yellowhammer State in 25 years, is considered the most vulnerable incumbent in the Senate.

Republicans view retaking the Alabama seat in the once-reliably red state as a top priority in 2020. Sessions enters a crowded primary field that already includes Moore, Rep. Bradley Byrne, Alabama Secretary of State John Merrill and former Auburn University football coach Tommy Tuberville, among others. But given his widespread name recognition, Sessions is expected to become an immediate frontrunner and clear out most of the primary field.

Sessions was the first sitting senator to endorse Trump's presidential campaign. Though he was an early supporter of the president, he has endured public attacks from Trump ever since he recused himself from the investigation into Russian interference in the 2016 presidential election. Trump, who has railed against the investigation and labeled it a "witch hunt," has called his decision to nominate Sessions as attorney general the "biggest mistake" of his presidency.

Sessions was ultimately forced out of his role in November 2018, a day after the midterm elections in which Democrats seized control of the House of Representatives and positioned themselves to block much of Trump's agenda and investigate his administration. Over the past few months, House Democrats have consolidated findings from those probes to formalize an impeachment inquiry against Trump.

It remains unknown how Trump's repeated criticism of his former attorney general would influence a Sessions campaign.