"I Know This Much Is True" offers twice the Mark Ruffalo, many more times the sadness

Honestly, how much more despair can we take right now? HBO's new limited series puts that question to the test 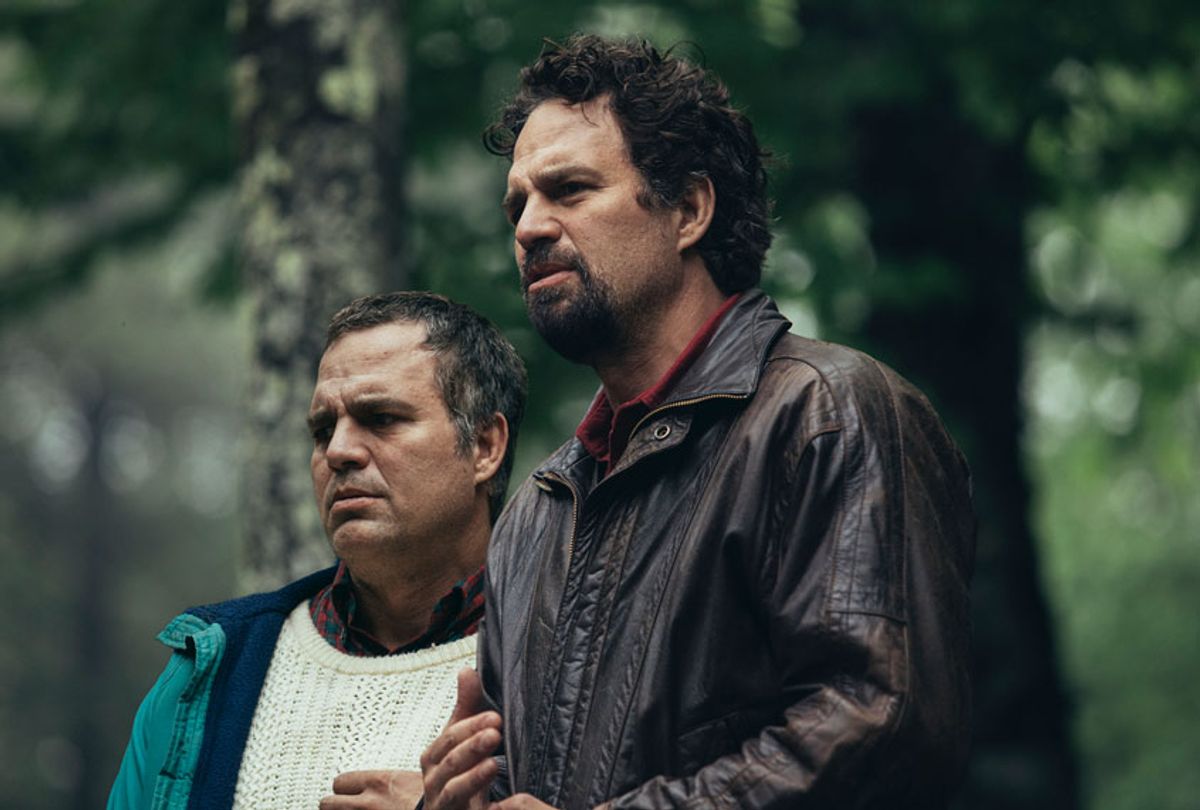 Sunday is Mother's Day, a fact worth mentioning in the context of discussing HBO's adaptation of "I Know This Much Is True" given how much of the premiere revolves around Dominick Birdsey's long suffering Ma (played by Melissa Leo) being eaten alive by cancer. To be fair, that part of story comes after the premiere's cold open, when Dominick's twin brother Thomas chops off his own hand in a public library. Your call as to which is best or worst suited to lift the family's spirits.

Then again, perhaps Mom is a Mark Ruffalo fan curious to see what he does with the dual roles of Dominick and Thomas, twin brothers raised in Three Rivers, Connecticut whose birth – Dominick in the waning minutes of 1949, Thomas in the opening seconds of 1950 – made the local papers.

Before signing on to this six-part limited series, though, the curious may want to check their appetite for wrenching, dragging, gnawing sadness, the kind that does not yield from the first hour to the next, on through to around the 50-minute mark of the 79-minute finale. This is the gift "I Know This Much Is True" offers, a lengthy, lyrical vivisection of intertwined lives made of epic woe.

Within that depressing murk looms the enticement of extraordinary performances by the whole cast, Ruffalo above all owing the hefty amount of screen time devoted to his portrayal of the twins, Dominick much more than Thomas. But even the preponderance of focus on his work doesn't dim the extraordinary, heartfelt work displayed here by Rosie O'Donnell and Kathryn Hahn, with one evoking a spirit of patience and strength and the other a much needed, gentle empathy.

This is leaping ahead, I realize. This is also leading with the argument, valid and honest, for the series' strongest point. An appreciation for the craft of acting – the passion, the sweat, the tears, the tears, the goddamn tears! – is a prerequisite for investing in "I Know This Much Is True." Not enjoying, investing or to use a more precise term, enduring.

It's the type of series that's built to draw Emmy nominations. It's also the story of a man recovering from a tragic upbringing, a broken marriage and the extreme anxiety of fighting to save his brother, a paranoid schizophrenic, from a long commitment at the Hatch Forensic Institute, a notorious psychiatric hospital where obscene cruelties are guaranteed to be visited upon him.

Outside, it's springtime. And in some places in the country, the murder hornets have awakened.

"I Know This Much Is True" is as much a vehicle for its writer and director Derek Cianfrance ("Blue Valentine," "The Place Beyond the Pines") as it is for Ruffalo, and the story suits Cianfrance's favored dramatic instrument in that it's centered upon a troubled man.

Ruffalo's Dominick is loyal to his brother Thomas (also Ruffalo) out of a sense of duty, but also out of guilt. Dominick is seen as the "good" twin who does everything he can to avoid the rage their stepfather Ray (John Procaccino) rains down around them.

Thomas, the gentler of the two, draws most of Ray's abuse, and it shapes him into a meek and easily frightened being. Thomas' insecurities only worsen as the boys mature and head off to college, where he begins showing symptoms of mental illness.

So when Thomas is remanded to a facility for violent mentally ill offenders after his public self-mutilation, Dominick grinds his life to a halt to save him.

Watching "I Know This Is True" invites those of us keeping up with the latest TV releases to ponder how much prestige series productions worship tragedy  – violent, miserable, and plain old funky. This has been true since the medium's Golden Age went Platinum but there seems to be a run of dramas eager to make you cry your guts out.

Mind you, they've always been around; we're simply grown inured to them in previous years. In these days of marching death and the mortal threat of a killer we can't see, don't understand, and could be anywhere, it's difficult to fathom who would sign on to spend a month and a half following this adaptation of Wally Lamb's 1998 novel – an Oprah's Book Club pick.

The late '90s, as you may recall, were the heyday of difficult men. We forgave the one in the White House and worshiped several of the fictional versions on TV and in the movie theater.

Ruffalo's complicated, resentful protagonist is a mutated strain of those other men in that the Birdsey twins offer the opportunity to embody a chimera of self-destruction and vulnerability and to wonder at the weight of legacy.

Dominick is a rusted soul, and Ruffalo thrashes out his angst in moments of spiked anxiety, quietly flexing his desolation when he has no more to give. Since we spend much more time with Dominick than Thomas, one would expect Ruffalo to direct the bulk of his force on that character. The fact that he painstakingly individuates Thomas as a being turned inward by fright and loneliness is noteworthy. Thomas is physically different from Dominick, but the difference in wardrobe and weight doesn't matter.

The actor is effectively two very different men in this drama playing out a bitter family legacy that spans several generations viewed by way of several flashbacks, first to the twin's shared boyhood, then to their college years, before traveling back in time, long before they were born.

In this respect "I Know This Much Is True" also is a dramatic tapestry of destructive anger issues, festering under a lifetime of repressed resentment and confusion. Dominick's mother never told him who his and Thomas' biological father was, a mystery that eats away at him long after she's gone. Her parting gift, a manuscript written by his Sicilian grandfather, dangles the possibility of answers.

But this too, is less assuring than he imagines it to be lending him, at best, a poetic explanation for why fate has dealt him a terrible hand.

"Old sins have a long shadow," his grandfather writes to memorialize a curse, and Cianfrance literalizes this in his cinematic approach. Every scene, sunlit or shaded interiors, has a slight graphite cast to it – arresting and gorgeous all the same, but still dark. The light, as much as it exists in this series, shines through Hahn's sensitive work as Dominick's ex-wife Dessa and the welcome breath of comedy Rob Huebel lends to Leo, Dominick's mischievous best friend. Juliette Lewis also briefly tornadoes through the place in a small but memorable role as a screwy graduate student Dominick briefly allows into his sphere with fascinating results.

On the more serious end of the spectrum, Archie Panjabi holds her own as Thomas' psychologist, but O'Donnell's the one you won't be able to look away from in the role of Thomas' social worker at Hatch and Dominick's unlikely advocate.

But it is Ruffalo who is more or less expected to rack up nominations during award season. Emmy voters trip over themselves to acknowledge and reward parts like this. Ruffalo inhabits both roles completely; any nods earned are deserved. It's up to you, however, to decide if you want to witness the full effort of his performance from bloody stem to depressing stern. Make it through the first episode, and the second warms up. Just know that before the third episode has expended one minute Ruffalo, narrating in Dominick's caved-in voice, recalls a memory involving a cemetery, a nearby waterfall that's a popular site for suicides, and "the dead body of a classmate."

By the cold open of the fifth episode, we get to witness a family forebear proudly orchestrating a bunny genocide. "I Know This Much to Be True" does not protect the viewer from the main character's pain, and Ruffalo's transformation of that agony into art is a gift. As for whether enjoying that offering is worth spending hours in discomfort, who can say? Maybe ask your Ma.

The six-part limited series "I Know This Much Is True" premieres Sunday, May 10 at 9 p.m. on HBO.