Jeff Daniels on theater vs. film and the man who never forgave him for making "Dumb & Dumber"

The acclaimed actor spoke to Salon about his play-turned-film "Guest Artist," creativity, and his pandemic hobbies 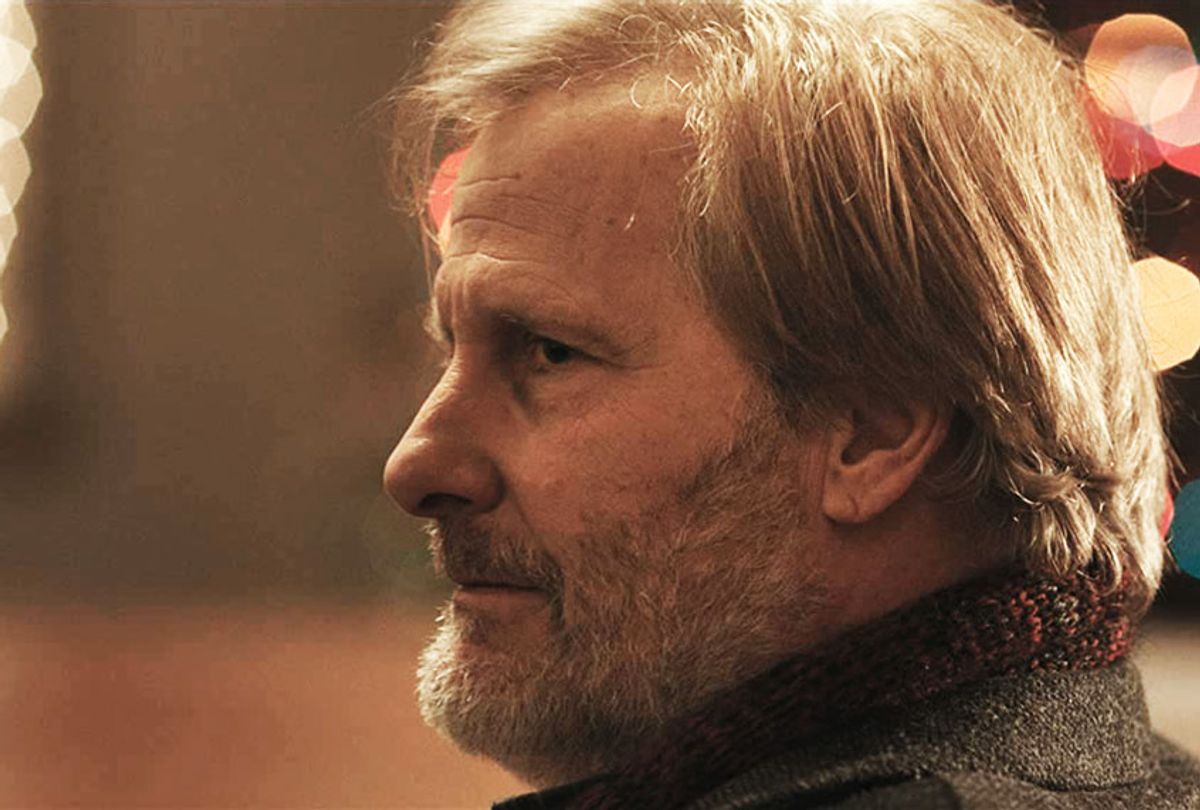 Jeff Daniels has delivered some blistering performances on screen — as the divorcing father in "The Squid and the Whale," or on Netflix's Western "Godless," for which he won an Emmy. But he is also great with comedy, as the milquetoast Charlie Driggs in Jonathan Demme's classic, "Something Wild," as the movie character who walks off the screen in Woody Allen's "The Purple Rose of Cairo," and even the numbskull Harry in the hit "Dumb and Dumber." Yet it was his work with Aaron Sorkin on "The Newsroom," which also earned him an Emmy, and his subsequent role in "Steve Jobs" that led to Daniels' recent turn as Atticus Finch in Broadway's "To Kill a Mockingbird."

Theater is where Daniels got his start acting. He appeared in Lanford Wilson's play "Fifth of July," which begat a long career with the playwright, and prompted Daniels to become a playwright himself. He also founded the Purple Rose Theater Company in Michigan.

In the new film, "Guest Artist," Daniels plays the title character, Joseph Harris, a gay, Pulitzer Prize-winning playwright who has parlayed his success into becoming a successful drunk. Gin is his preference, and Harris drinks it dramatically, tilting his head back, opening his mouth wide and just pouring out the entire contents of the bottle. The film is based on Daniels' play, which is based on an actual incident that happened to Daniels' mentor and friend, Lanford Wilson.

Commissioned to stage his new play in Lima, Michigan, Harris travels by train since he's afraid of flying. His reputation arrives before he does. Moreover, Kenneth Waters (Thomas Macias), an apprentice at the Lima Playhouse who was supposed to meet him at the station, is late. When Kenneth does arrive, he reveals that he has his own play for Harris, his idol, to read.

"Guest Artist" is compelling as Harris makes grand pronouncements that Kenneth soaks up until he starts to challenge his playwright hero. Their snappy exchanges are the best part of the film, as Daniels acts haughty and Macias develops more of a backbone.

As a writer, Daniels captures the egotism rife in the theater and the difficulties of sustaining genius. As an actor, Daniels makes Harris a character who is equally irascible and pathetic and renders him loveable even if he is unlikable.

Daniels spoke with Salon about his mentor, his play, and adapting it for the screen.

Most actors write screenplays, and some write novels, but you choose playwriting. I know you run a theater company, but can you discuss this decision?

In a play, there's no cut to at the end of every scene, like in a screenplay. If the characters are in the room and in real time, you have to keep them in the room. I came out of the theater, and this story ["Guest Artist"] happened with Lanford Wilson, co-founder of the Circle Repertory Company. He had yet to hit his prime — the Pulitzer was 10 years away. He was the first star I ever met.

I had no idea of the writing process, story structure. I was fascinated by Lanford. You have the first draft and then the second, third, fourth, and you open with the fifth. It changes and grows, and the writing process leads to discoveries. I became fascinated with that. When I was able to open a theater company, I thought, I could do this. I can put two people on a bench for 20 minutes and make them funny. But what do I do before and after? I took the time to learn how to do it. I can write comedy, which sells tickets. I learned what to leave in and what to take out, and structure. The good playwrights hide the structure. That's where I was. When I started making movies, the idea of peddling a screenplay around Hollywood was nauseating to me when I can write a play and it can be produced. And that's what I did.

Lanford could knock out a play once a year. I took that idea and ran with it. I learned pretty fast. I kept at it, and that work becomes more solo, and more like a painter with a painting. The playwright is king or queen. On a movie set, the screenwriter was someone you never see. He was two drafts ago. As Harris says in the film, "Movies are bupkis." Lanford wouldn't consider doctoring a screenplay for $100,000. He was a pure artist.

You often play characters that are either hapless or erudite, and in "Guest Artist" you do both. Can you talk about creating Joseph Harris?

Harris learns something from the kid. The kid breaks him and shows him who he is. That is something he wouldn't have seen otherwise. Harris comes in brilliant, then he's not so brilliant, and then the kid helps him. It's what you want in a tragic hero. I've always looked for the flaws in a character and what makes them human. I'm not afraid to play that. I want to play that, not the hero who is always likeable. The actors with a great script ask, "Where's the speech in the third act where the character is redeemed?" I've never wanted that speech. Turn it up. He's been an asshole up to this point; why make him OK? Don't let the audience off the hook. "Godless" was one of those roles.

Harris is gay. I'm glad you didn't have him hitting on Kenneth. But can you talk about that undercurrent in the film?

That night at that depot, Harris' [sexuality] is noted. He's the guy coming in from New York, and there is this young apprentice who may be gay. Kenneth's father makes wingnuts, and probably is a hardcore Republican. The kid thinks he's gay. Maybe Harris sees a similarity? Lanford was not accepted. He thought, that sounds like me 30 years ago. So, you change the subject and Harris becomes more understanding. What you don't see is that when Lanford was a young guy, his dad was an asshole. So, Harris is more understanding with Kenneth who has been through stuff — or is going through stuff. Harris decides, let's teach the kid to be an artist. F**k his father; I'm going to help this kid.

Joseph is called a dinosaur and has some attitudes about TV and movies, and believes that there is "a slow, poisoned, disintegration of creative America." Do you share his values? What are your thoughts on the state of the art today, especially given COVID?

I think art and artists are resilient and however we come out of this thing art and creativity in American will find a way. Artists are the weeds that grow up from the sidewalks. It's exciting to see where creativity will take things. Playwrights are dinosaurs. You can't write a play for your phone. That will be interesting with COVID.

Theaters are still there, and vital. You wonder if it will come back the same way. You hope so. The theater has been through other things, TV, and movies — which were supposed to take people away. To see Lee J. Cobb on Broadway in "Death of a Salesman," there's electricity. I hope we don't lose that.

I'm not as hard-assed as Lanford was. He never forgave me for "Dumb & Dumber." We didn't talk about it. He would tell me what he really thought. Lanford was on Broadway two or three times. "Talley's Folly" won the Pulitzer. But there's a way to use the commercial scene and campaign ads and interviews — which are less artistic and more business — to deliver your message. We did that with "To Kill a Mockingbird." Even Lanford would have said you can reach more people at the Shubert Theatre than Off-Broadway. Off-Broadway is a medium close-up and Broadway is bigger than life. It's a leap.

Do you believe, as the play suggests, that greatness requires trouble, disturbance, change? Given the state of the world we're in, that's a timely point.

I don't remember the line exactly but it's something like, "No one wants to be disturbed or challenged anymore," and part of that is a reaction to movie sequels and action pictures. I think there is a lot of truth in that. People want the happy ending. But we've had some good success with theater where you make people feel uncomfortable. "Mockingbird" did that with the closing argument. I turned to a predominantly white audience and threw a right hook at white America every night. No one moved during that closing argument.  How long can you sustain that moment?

I wrote a play called "Flint" that was about systemic racism. A Black couple and a white couple dealing with water that was yellow six weeks before the state said something. It was more about race relations and made people uncomfortable. But most people want to know, "Is it funny? Am I going to laugh?" That's what theater and art can do though — change you and make you think differently and talk about what you just saw. Lanford was great at that.

Hooking on a point of fear Harris has: Do you still think you have something to say?

Jim Carrey told me while we were promoting "Dumb and Dumber To," that he's tired. I said, "You can't quit. It's your gift. It won't let you quit." Jim's now written a book and is painting. If I can't act, I'll write a play, or a song I can play in my show. They can be very current. I'm like a shark and need to keep moving. I have no aspirations for writing something that will one day be on Broadway. Broadway is terrific and wonderful. But I think there's something about, "Have you written a great play?" Lanford thought he was done, and we talked him into writing two more plays. You can run out of things you want to write about, but you wait for the next one. We have to find out when we're coming back. When theaters come back that will indicate what I might do. Right now, my creativity is in playing songs and a proper golf swing.

"Guest Artist" is available to stream on demand on July 21.