The "Alien" director can be forgiven for the sheer ambition of HBO Max's sci-fi series, but must it be so dull? 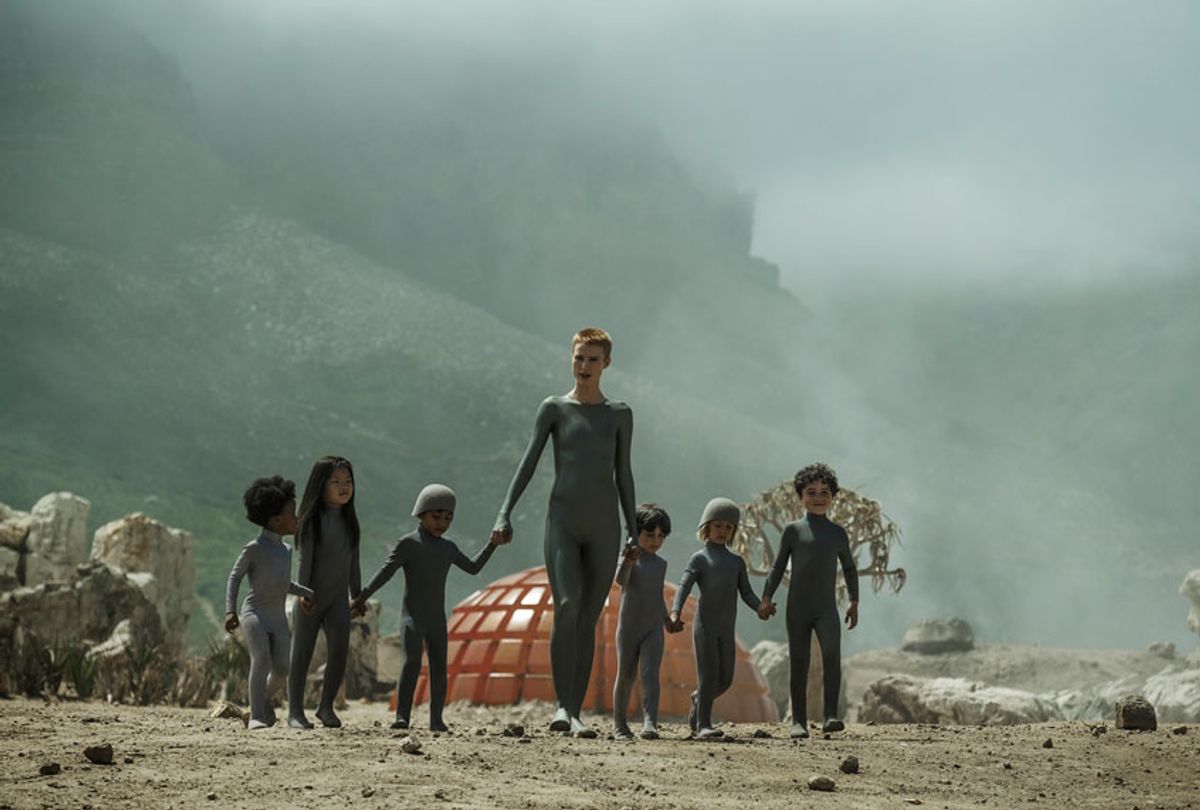 Ridley Scott does not see a bright future for humanity. His vision is beyond compare, and his filmography is marked by acclaimed films set during all eras, with some of his most spectacular evoking history ("Gladiator," "Kingdom of Heaven") and contemporary stories ("Thelma & Louise," "Black Hawk Down"). As for how he sees where humanity is headed – indeed, where it's set to end up – look at the garbage piles passing for cityscapes in "Blade Runner," or the corporatization of humanity as seen in "Alien," "Prometheus" and "Alien: Covenant."

The "Alien" films don't show us much of Earth – only deep space, where humanity survives on ships. No matter, since the Scott-produced HBO Max series "Raised By Wolves" fills in the gaps by showing what he and series creator Aaron Guzikowski plausibly suspect will happen. The short version is that humanity wrecks everything with an endless war between atheists and hardcore true-believers, grinding the planet into rubble until the survivors who can afford it jump onto an ark and blast off into space.

But we're jumping ahead here. Before we get an eyeful of our doomed tomorrow, "Raised By Wolves" sets down a distant planet known as Kepler-22b with a pair of androids, the lissome Mother (Amanda Collin) and doting Father (Abubakar Salim). As soon as they disembark from their craft and make camp, Father hooks up Mother to half a dozen frozen embryos which she brings to term in little amniotic-filled bins while Father sets up their shelter and cooks up bunch of dad jokes to pass the time. Not even making up that part.

Anyway, once the ethnically diverse baby clutch is "born," Mother and Father do their best to raise them, hoping to jump start humanity again on what is, in keeping with the Ridley Scott brand, a stark and unforgiving rock where very little grows or survives. Regrettably that's also true of human children, and despite the latex bodysuit-clad androids' best efforts over a dozen years, their hatchlings' fates play out like a calamitous chronicle penned by Edward Gorey: "One goes by misadventure! Some get the croup! The sixth is super feisty, mouthy and a poop!" 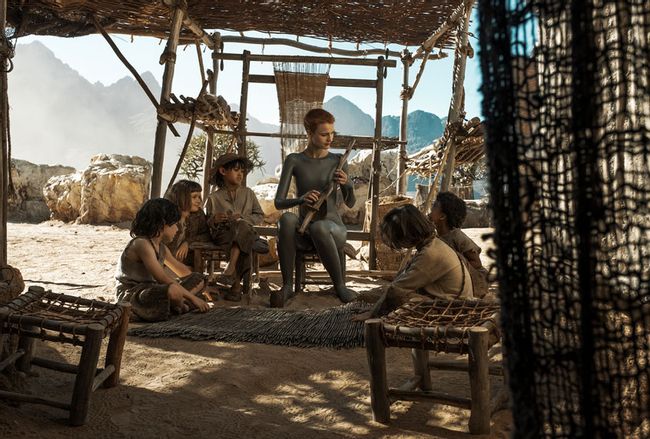 That last survivor is Campion (Winta McGrath), and he alone is with his robot parents when their hardscrabble but otherwise peaceful existence is interrupted by a band of sun-worshipping warrior zealots known as Mithraics, led by a commander named Marcus (Travis Fimmel).  In the way of all invading forces claiming divine right as a reason for taking over lands, the Mithraics quickly come into conflict with Campion, Mother and Father. Judging by their numbers, they would seem to be easily conquerable.

Except for several secrets Guzikowski and Scott keep up their sleeves.

Innovating science fiction is an incredibly daunting task regardless of who's doing the world building because very few speculative visions are remarkably different from anything that's come before. While the "Raised By Wolves" universe isn't technically Scott's alone – the series executive producer directs the first two episodes, but Guzikowski guides the narrative as the series' showrunner – it's similar enough to his vision that a viewer can't be faulted for presuming it to be at least "Alien"-adjacent.

Since we're referring to that franchise, there's a vast energetic and qualitative difference between "Alien" and the likes of "Prometheus." The earlier vision traded upon tension in the style of classic horror, while the latter was so steeped in visuals, atmosphere and meticulously filling out the franchise's lore that it dragged more than it beguiled. This is a central concern with "Raised By Wolves," particularly with regard to its split development of Mother, Father and Campion's worlds and the backstories of Marcus and his battling wife Sue (Niamh Algar).

All science fiction is allegory on some level, and "Raised By Wolves" poses questions about humanity that many, many other films and series have before by filtering its observations through its synthetic lifeforms. It's no spoiler to reveal that – shock! – Mother and Father have been programmed to be more human than the other human beings they encounter, although from there the conflict breaks down between what it means to be human and the definition of humane.

Still, anyone who has seen a few genre films knows this story and isn't likely to be surprised when philosophical aspects of their programming, as well as whatever the Mithraics internalize, begin to break down. This happens definitively in the first episode when a key character's mask comes off and wreaks havoc, and people suddenly blink into red mist.  This is a Ridley Scott joint, after all; even the solid characters are apt to turn on a dime and that's true of the planet itself, too.

(Analysis of what this male-conceived series has to say about women and motherhood, by the way, could be the subject of its own longform analysis. Feminist studies majors, there's a freebie paper topic for you – hop to it!)

Diehard sci-fi folks will probably be fine with this and may even forgive the sluggishness and haphazard narrative zigzagging back and forth between the opposing forces. What's harder to breeze over is the fact that no character in "Raised By Wolves" is sympathetic enough to pull for or fascinating enough to follow with interest. Without those tethers the audience is left to gawk at the sterile aesthetics of the piece and little else; not even the performances are compelling enough to magnetize our attention, although Collin and Fimmel do their level best.

Nevertheless, Collin's interpretation of a doting android contains more distracting ingredients than anything that would be viscerally appealing. I can only describe it as landing somewhere between Data on "Star Trek" and Jennifer Jason Leigh's screwy roomie in "Single White Female." This enables Salim to evoke more warmth and amiability in Father but only in contrast with what his robo-mate is presenting.

Fimmel is as Fimmel does; in keeping with the feral and unpredictable style of performance that serves him well in "Vikings" his Marcus emanates a dangerous charisma with his facial expressions often at odds with the spirit of whatever dialogue he's purring out at any given time.

Nevertheless, the sheer ambition of "Raised By Wolves" and the brand-name visionary behind it may be enough to claim a portion of the audience's fascination for these 10 episodes. Certainly it was enough to draw my interest, and certainly it was a disappointment to struggle to connect with this series over the course of its first six episodes. The comforting news about this sort of story is that there is always another one in the works by somebody somewhere, and in watching this they may avoid making the same mistakes. And that's the challenge of genre – creatives don't necessarily have to innovate because familiarity is often an audience's friend. But the best works evolve, so that even if someone else's future vision isn't brighter it can at least be better than what we have at present.

"Raised by Wolves" premieres on Sept. 3 on HBO Max.