Why conservatives are now targeting the victims of the Capitol riot

Nancy Mace makes fun of AOC for being "triggered." Is sneering at people's pain the GOP's latest strategy? 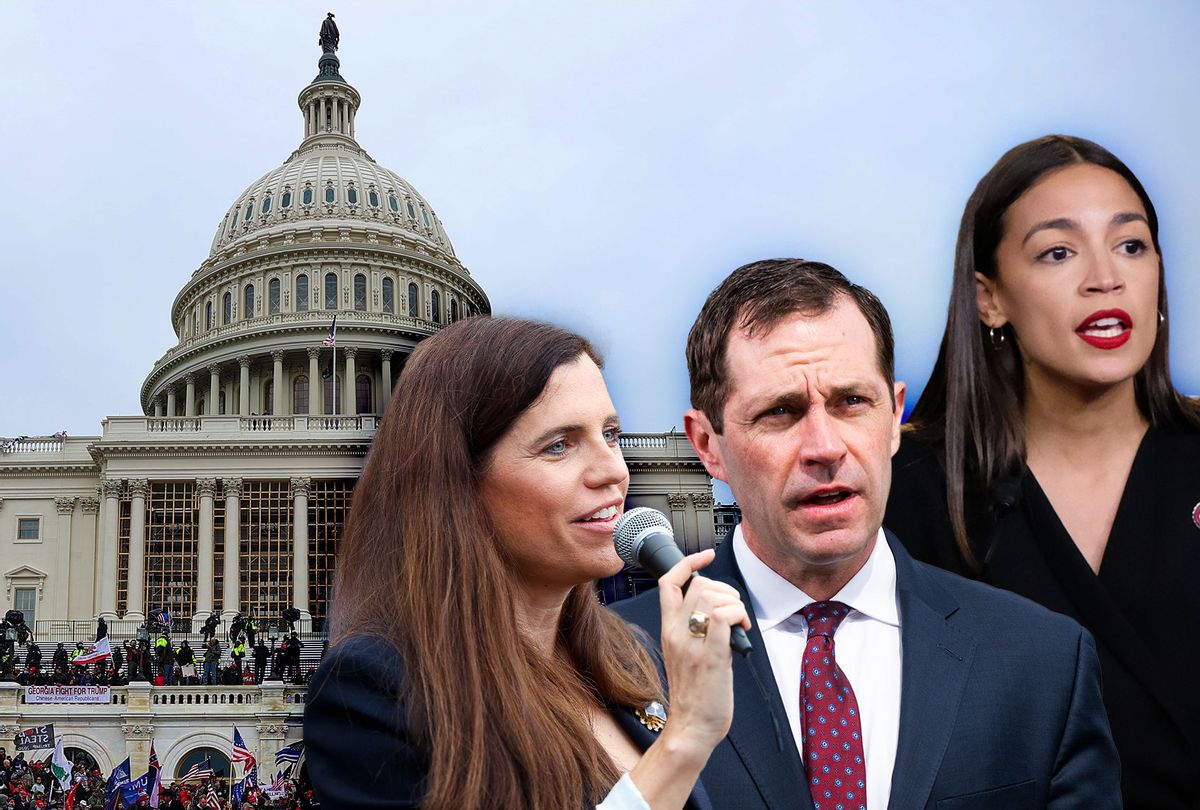 No doubt about it, making fun of trauma victims has been a major source of fun for movement conservatives for the past decade. In particular, right-wing trolls enjoy mocking the concept of being "triggered," which is mental health jargon for experiencing stress or anxiety when reminded of traumatic events. Donald Trump Jr. even titled his book "Triggered," trying to put this noxious cruelty on the bestseller lists.

The targets of right-wing mockery aren't usually people traumatized by car accidents or combat experiences, but people whose trauma is politically uncomfortable for conservatives. As Sophia Tesfaye wrote earlier this week at Salon, it's "a tired shtick that is often trotted out by right-wing pundits who attempt to deflect negative attention like after a school shooting or publicized event of police violence." And, of course, it's leveraged against victims of sexual violence, as happened when Donald Trump made fun of Christine Blasey Ford for her story of being sexually assaulted by now-Supreme Court Justice Brett Kavanaugh.

Mostly, conservatives who engage in victim-mockery tend to keep it in their own spaces (Trump attacked Ford at a rally, not a press conference) where they can high-five each other for their abusive behavior without drawing the attention of others who rightfully will be grossed out by it. But after the Capitol insurrection of January 6, this habit of reflexively mocking and denying the pain of trauma victims is being rolled out for a more national audience, as Republicans frantically try to minimize the violence of that day, looking to deflect from their own complicity in both causing and excusing it.

After Rep. Alexandria Ocasio-Cortez, D-N.Y., took to Instagram to detail her horrific experiences during the insurrection, the right-wing noise machine moved into action, deploying the usual sexist stereotypes about hysterical, manipulative, deceitful women typically employed to discredit victims of rape or sexual harassment. Things swiftly escalated when Rep. Nancy Mace, R.-S.C., tried to imply Ocasio-Cortez was a liar, tweeting that "no insurrectionists stormed our hallway".

Mace's insistent claim that the people in the hallway whiches houses her and Ocasio-Cortez's offices experienced no trauma, however, was quickly debunked — by her own words from the days following the attack.

At the time, Mace described barricading herself in the office and feeling "threatened & unsafe." She only changed her tune when it became politically useful to deny that her Democratic colleague had felt the same way. But rather than back down and apologize in the face of being exposed as a slippery liar, Mace instead doubled down, making fun of her for being "triggered by facts" and accusing her of "eagerness to politicize absolutely ANYTHING". In reality, it's Mace who is flipping out in the face of her own words and was misrepresenting the horrors of January 6 as a cynical political ploy. As usual with conservatives, she is projecting her own bad behavior on Democrats.

Friday morning, Ocasio-Cortez and Rep. Jason Crow, D.-Colo., went on "CBS This Morning" to talk about how the GOP approach of mocking the survivors of the Capitol riot and minimizing their pain doesn't just harm those victims directly, but all victims of traumatic experiences.

Democratic @RepAOC joined fellow lawmakers on the House floor last night, sharing stories and some traumatic memories from the assault on the Capitol.@AOC and Democratic @RepJasonCrow were forced to hide as rioters stormed the building.

They join us now exclusively. pic.twitter.com/e46WpkiUzW

"We are not good as a society at dealing with trauma," said Crow, who compared the trauma of the insurrection to his experiences as an Army Ranger in Iraq and Afghanistan. Echoing what conservatives have derided Ocasio-Cortez for saying, Crow went on to argue that "the stigma that's put on survivors" is a serious national problem because it "prevents survivors from actually coming forward and getting the help that they need."

"It's killing people," he emphasized, noting that "we have over 20 veterans a day that kill themselves" because they didn't get the help they need in dealing with trauma.

Ocasio-Cortez agreed, saying that victims "internalize people saying that their trauma isn't big enough to get help" and that watching Republicans make fun of her and other Capitol riot survivors for speaking out reinforces the idea that it's shameful to admit to feeling traumatized and getting help.

Thursday night, Democrats in the House spent an hour giving speeches about the horrors of January 6, sharing stories of having to flee for their lives and choking up at the memories of worrying for the safety of staff and colleagues. Their testimonies really drive home how terrible it was for Trump to do what he did, and why he should be convicted for inciting a violent insurrection. In an upcoming episode for "The Circus" on Showtime, Rep. Nikema Williams, D-Ga., reveals that congressional members now need more security, saying, "We all deserve to feel safe."

Sneering at people for having entirely normal reactions to violence isn't just immoral, however. It also seems like it's not too smart, politically speaking. But Republicans have backed themselves into a corner, having decided that the best approach to the Capitol insurrection is to minimize it and refuse to hold Trump accountable for inciting the riot. Now every story about Capitol police being attacked or congressional staffers hiding in terror makes them look — correctly, mind you — like absolute monsters. No wonder they're scared of these stories, so scared they're reverting to sleazy tactics to silence anyone with a story to tell.

But this isn't just about the recent GOP choice to kowtow to the violent mob who rampaged through the Capitol. This grotesque denial and mockery of trauma is the result of years of the right cultivating a sociopathic aesthetic, which really hit an apex during the presidency of Donald Trump, a man who mocked disabled people and called alleged sexual assault victims too ugly to rape.

This sort of thing, unfortunately, plays well with the devoted right-wing base, many of whom have given up on trying to make positive arguments and live only for being a bunch of hateful trolls. But as Trump's historic unpopularity with American voters shows, there's a hard limit on how many people can be won over with the politics of mocking people's suffering and sneering at the very idea of empathy.

It's not like Republicans have a lot of alternatives either, however, having already decided it's best to acquit Trump. So they're left only with the choice of pretending that the insurrection wasn't as bad as it was, which, in turn, apparently requires making fun of trauma victims.