Rhetorically, Republicans still try to identify with Lincoln — but in reality, they've abandoned him entirely 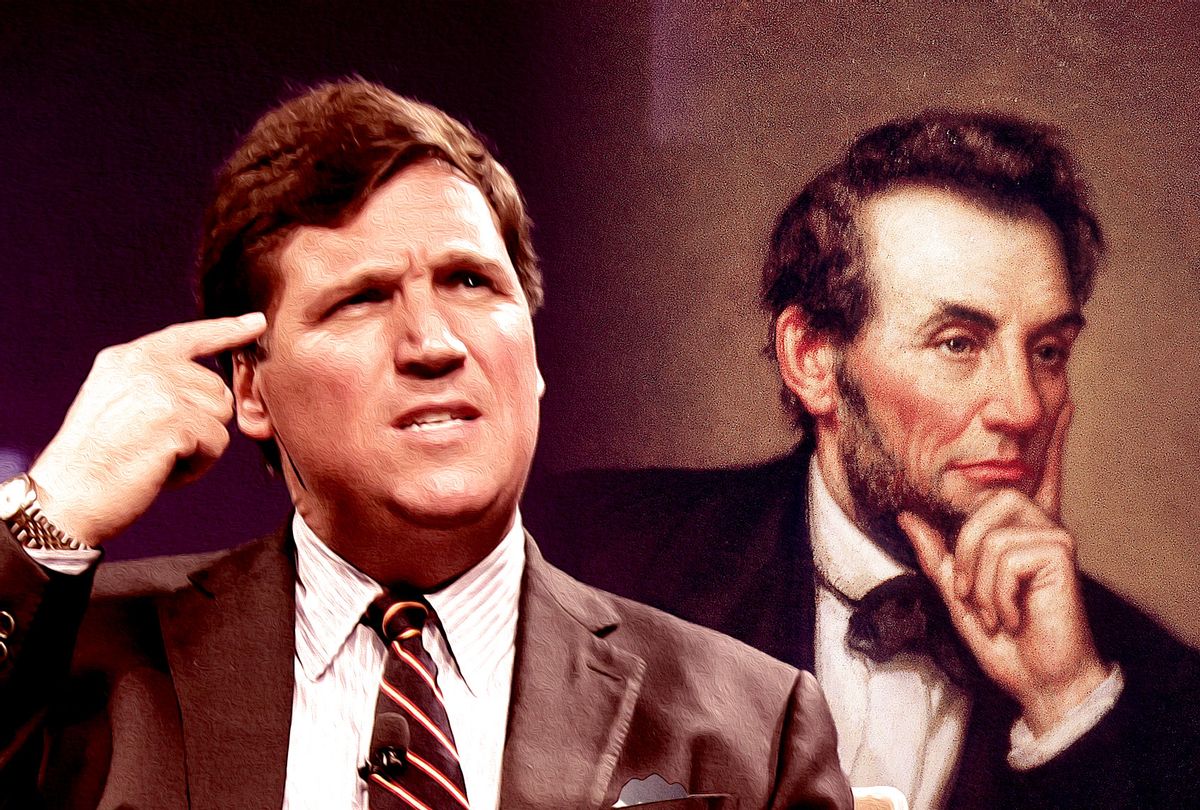 The challenge these days isn't proving that the Republican Party has become a hotbed of racism and fascism. It's figuring out where to start with the evidence. Do we begin with Donald Trump's Hitler-esque Big Lie about the 2020 election? Should we focus on its attempts to suppress minority voters? Perhaps we should emphasize the way Trump used fascist tactics throughout his presidency, or go all the way back to when the Republican Party began its rightward shift in the middle of the 20th century?

I'll pass on pinpointing exactly when the problem began and instead look at one of its most recent examples. Earlier this month, a flier promoting a proposed "America First" caucus in the House of Representatives sparked controversy because of its white nationalist language. The notional caucus would promote "common respect for uniquely Anglo-Saxon political traditions," view mass immigration as a threat to "the long-term existential future of America as a unique country with a unique culture and a unique identity" and embrace the debunked claim that the 2020 election was stolen.

Rep. Marjorie Taylor Greene, the infamous Georgia Republican, later backed away from the proposed caucus and claimed that the flier had been written by an outside group, but the damage had been done. House Minority Leader Kevin McCarthy felt the need to distance himself from the entire thing, tweeting that "the Republican Party is the party of Lincoln & the party of more opportunity for all Americans — not nativist dog whistles."

Of course it's true that Abraham Lincoln was the first Republican president, but the modern Republican Party has no right to cite the 16th president's name. It is utterly impossible to reconcile his values with those of his successors 160 years later.

Back in 2019, I interviewed Carlson about a monologue he delivered on his Fox News show urging Republicans to pursue more populist policies. I quoted him the passage from Lincoln's 1861 State of the Union message in which he denounced the effort "to place capital on an equal footing with, if not above, labor in the structure of government."

"Exactly!" Carlson said, interrupting me. I continued with another quotation from the same speech: "Labor is prior to and independent of capital. Capital is only the fruit of labor and could never have existed if labor had not first existed. Labor is the superior of capital and deserves much the higher consideration."

"Hold on, I'm writing this down," Carlson said. "I hadn't read that. OK, first, God bless you for noticing that. You are like the only person noticing that part of the script, which to me was the essence."

As the eminent Columbia University historian Eric Foner, author of "Free Soil, Free Labor, Free Men: The Ideology of the Republican Party Before the Civil War," told Salon by email, Lincoln was articulating "what we call the free labor ideology — that labor is the source of wealth (a common idea in the 19th century, a society of small scale capitalism), that slavery denies the dignity of labor, and that opportunity for the laborer to rise in the social scale is essential for a good society and for economic growth."

Lincoln scholar Harold Holzer echoed this view, noting the link between Lincoln's free labor ideology and his personal opposition to slavery. "I think they intersect (the word du jour in academia) — the pursuit and spread of free labor (aka limitless opportunity — what Lincoln called 'a fair chance in the race of life') meant ending slavery," Holzer wrote to Salon. "And while he first envisioned the West as a place where white laborers did not have to compete with Black slave labor, he certainly made clear also, as he said in 1858, that a person of color had the right to eat the bread she makes with her own hands — that she had an equal opportunity to earn."

Earlier, Holzer expressed the view that Lincoln's formulation, "labor is prior to, and independent, of capital," was "something of a clunker because Lincoln was always more effective talking about individual people than about political theory. But he tries hard to connect the dots — and those who understand Lincoln know what he's getting at: opportunity for free labor."

None of that implies that Republicans of Lincoln's era were socialists (they were not) or abolitionists (most were not). That said, Lincoln evolved immensely in his views on race over the course of his lifetime, and never wavered in his disgust for slavery or his belief that people who labor for their livelihoods have a right to dignity and economic security. This is why he ultimately seized the opportunity to abolish slavery, and passed a number of laws that would be inconceivable in the laissez-faire Republican Party today.

"His vision of the Union meant opportunity for all — hence homestead acreage for the many," Holzer explained, referring to the 1862 Homestead Act that made it easy for Americans to buy Western land at low prices. "It meant encouraging farming over hunting — independent farming to replace plantation aristocracies — hence [creating] the Agriculture Department." He also noted that Lincoln, as a former member of the Whig Party, "had always passionately believed in infrastructure, including government investment in railroads, canals, and roads," which is why he pushed for bills to construct the first transcontinental railroad.

From the moment Lincoln became president and until shortly before his assassination, everything he said and did occurred within the context of, first, trying to prevent the Civil War, and then trying to win it. Much as with Donald Trump's insurrection attempt, the Civil War was sparked by dissatisfaction with the outcome of a legitimate election. In the 1860 election, Southern states left the Union because they believed a Republican president would bar slavery from the Western territories and ultimately lay the foundations for abolition. In the 2020 election, Trump became the first president to lose an election but refuse to accept the results, instead filing a series of ludicrous lawsuits and spreading misinformation to his supporters in hopes he could stay in power.

The Republican Party is, decisively, no longer the party of Lincoln. You cannot square Lincoln's free labor ideology with a party that unanimously opposed President Joe Biden's stimulus bill (and also opposed all of Barack Obama's efforts to restart the economy during the Great Recession). You cannot square Lincoln's support for labor in general with a party that actively ignores poor and working-class people and whose efforts at pandemic relief disproportionately aided the wealthy.

Similarly, you can't square the modern party's dehumanizing of immigrants, women, the LGBTQ community and people of color with Lincoln's ideals. Lincoln was a man with many of the prejudices of his time, but his great redeeming quality was his ability learn from his mistakes and his willingness to overcome his limitations. Left to his own devices, he instinctively moved toward compassion and generosity. The modern Republican Party instinctively moves away from those things.

Finally, it's impossible to square Lincoln's prosecution of the Civil War with a party that refused to convict Trump for inciting the Jan. 6 riot and is now desperately trying to shove that insurrection attempt down the memory hole. First of all, Lincoln literally used military force to put down a rebellion sparked by unhappiness over an election result. In 1864, Lincoln was deeply worried he might lose to Democratic nominee George McClellan, his former commanding general, whom Lincoln feared would be unable to save the Union. Despite that, Lincoln never even considered whipping his supporters into a frenzy or rejecting the verdict of the voters if McClellan defeated him. He respected the importance of elections and democracy, even at the potential cost of his presidency and the nation itself.

Flawed as he was, Lincoln's greatness lay in personal values worlds away from the cynical, know-nothing ideology of today's Republicans. We could debate exactly when the Republican Party began to turn away from Lincoln, but it abandoned him entirely a long time ago.