"You put enough heat into the climate system, you are going to [irreversibly] lose those ice shelves", expert says 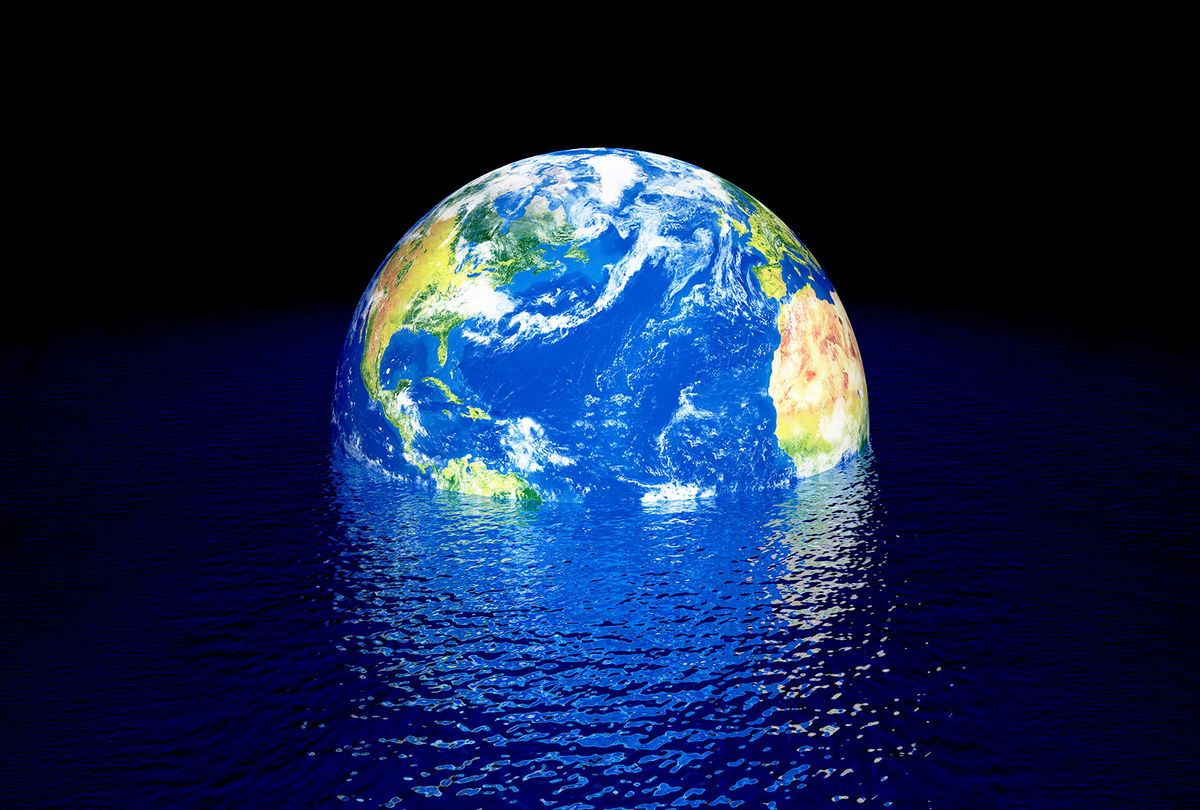 The popular perception of Antarctica is of a frigid continent, snowy and desolate in all directions, perhaps broken up by the sight of a distinguished line of waddling penguins — a place so devoid of living things that hardly seems like it would be vitally important to the preservation of life on this planet.

Yet the opposite is true; indeed, there is a vital relationship between Antarctica and life on Earth. The Antarctic ice sheet is one of two polar ice caps on the planet, and covers roughly 98 percent of the continent. If the Antarctic ice sheet begins to melt — say, because of greenhouse gasses being trapped in our atmosphere and causing global warming — it will cause our sea levels to rise. That would be devastating for anyone, human or animal, living on or near a coast.

Observation has borne out that large sections of the Antarctic ice sheet are melting. Provided that this continues apace, sea levels will rise, our coastal cities will be flooded, roughly 600 million people will be displaced and the global economy will collapse.

Now, a shocking new report in the respected scientific journal "Nature" provides more specific information about the exact nature of the threat of Antarctic ice melt. The report states that if greenhouse gases like carbon dioxide, methane, water vapor and others that trap heat continue to be released at their current levels, we can expect that the ice melt will become irreversible by 2060 and the world's seas will effectively rise "permanently."

"Once you put enough heat into the climate system, you are going to lose those ice shelves, and once that is set in motion you can't reverse it," Robert DeConto of the University of Massachusetts, who was lead author on the study, told The Guardian. "The oceans would have to cool back down before the ice sheet could heal, which would take a very long time. On a societal timescale it would essentially be a permanent change."

Another study co-author, Rutgers University's Daniel Gilford, explained to SciTechDaily that "ice-sheet collapse is irreversible over thousands of years, and if the Antarctic ice sheet becomes unstable it could continue to retreat for centuries. That's regardless of whether emissions mitigation strategies such as removing carbon dioxide from the atmosphere are employed."

Yet scientists also note that political treaties regarding emissions may, if adhered to, be able to staunch some of the melt. Indeed, the authors calculated that if treaty signatories comply with the terms of the Paris climate agreement — which Biden had America rejoin in 2021, following Donald Trump's decision to pull the US out of the international pact — Antarctica would only add 6 to 11 centimeters to our sea level by the end of the century, which is consistent with its current rate of ice loss.

In other words, there is a point of no return when it comes to this catastrophe, but we have not yet reached it.

"It's really the next few decades that will determine the sea level rise from Antarctica," De Conto told The Guardian. "These ice shelves won't be able to just grow back."

As the report itself explains, as long as global warming is limited to 2 degrees Celsius or less, the pace of Antarctic ice loss will be manageable. By contrast, "scenarios more consistent with current policies (allowing 3 degrees Celsius of warming) give an abrupt jump in the pace of Antarctic ice loss after around 2060, contributing about 0.5 centimetres GMSL rise per year by 2100—an order of magnitude faster than today." The situation only gets worse when fossil fuel use is increased.

This study is only the latest in a series of red flags regarding the future of our planet. If climate change goes unchecked, experts agree that there will droughts, the disruption of food supply, a surge in extreme weather events and so much overheating that large sections of the planet will be uninhabitable. Scientists at McGill University estimated last year that they believe the threshold for dangerous global warming is likely to be reached between 2027 and 2042.

We are already seeing widespread extinctions of species, which many scientists view as an ominous sign in terms of the planet's health. A recent report from the World Wildlife Fund (WWF) revealed that population sizes of "mammals, birds, amphibians, reptiles and fish" are down by 68 percent since 1970, an "unprecedented" rate of decline for the wide spectrum of life that exists on this planet.

"Our planet is sending alarm signals between recent wildfires, the COVID-19 pandemic, and other extreme weather events," Jeff Opperman, Global Freshwater Lead Scientist at the World Wildlife Fund, told Salon by email at the time. "We're seeing our broken relationship with nature play out in our own backyards. The steep global decline of wildlife populations is a key indicator that ecosystems are in peril."

Editor's note: This story was updated at 7:40pm PT to correct an inapt analogy regarding the relationship of ice melt and sea level rise.