From a deer boy to Gina Rodriguez staring down the apocalypse, here's what's new on Netflix in June

From raunchy dramas to enlightening documentaries, Netflix has got you covered this month 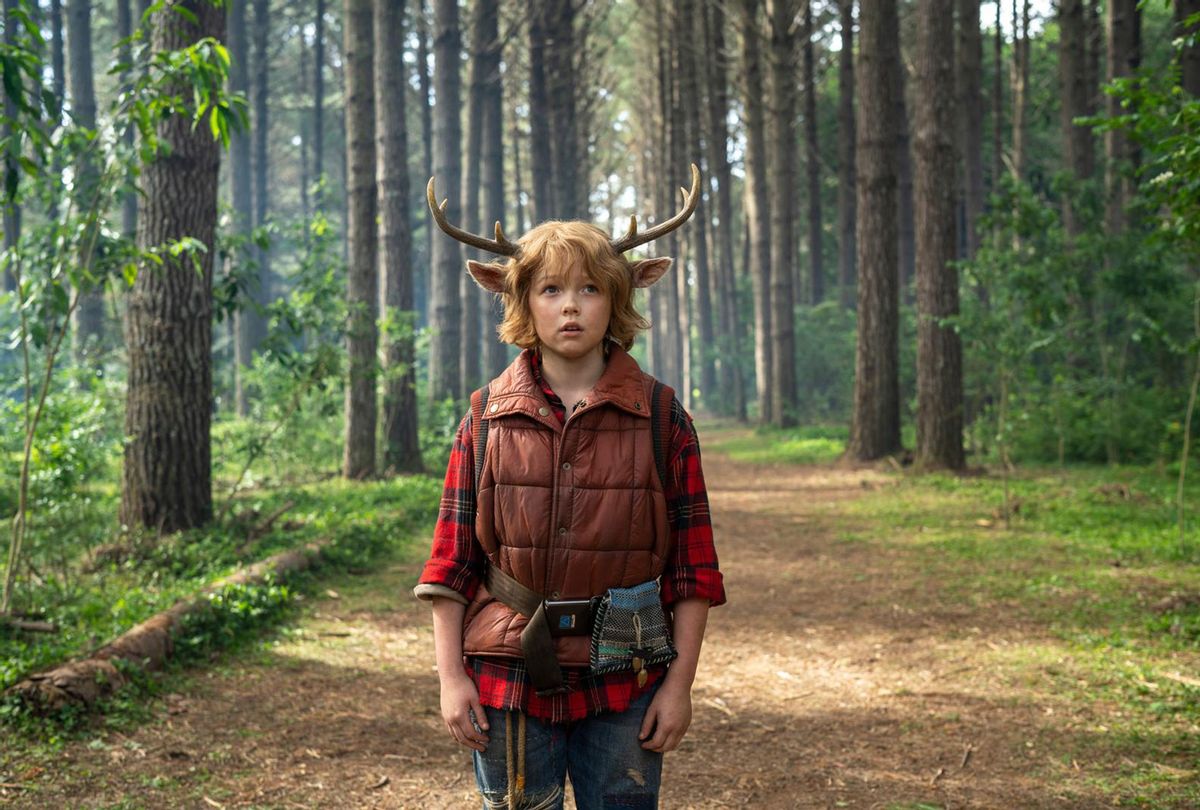 Several states including California may be poised to fully reopen this month or next, but June is still the perfect time for streaming marathons in bed, if you want it to be. And with dozens of new shows and movies dropping this month, Netflix sure makes bed-bingeing sound like the better option. From captivating nature documentaries that may even tempt you to go outside, to queer love stories that are perfect for Pride Month and all months, Netflix has got you covered.

But first, before saying hello to the streaming platform's exciting new titles, say goodbye to the ones that are leaving. If you were looking for it these past couple days, cult classic "Hannibal" seasons 1-3 left Netflix on June 4, despite ongoing rumors the platform is considering adopting the NBC drama for a fourth season. Hipster sketch comedy series "Portlandia" will also leave Netflix on June 9.

But the bulk of the disappearing Netflix titles aren't leaving until June 30, giving you a bit more time for one last "Back to the Future" marathon — or, if you enjoyed "Cruella" on Disney+, consider Emma Stone's earlier work in "Crazy Stupid Love," alongside her "La La Land" costar Ryan Gosling and Steve Carrell. And if recent shifts toward post-pandemic normalcy have you feeling nostalgic, indulge in a classic "Land Before Time" rewatch with your favorite animated dinosaurs, or some "Twilight Zone," if you're curious as to the origins of the recently cancelled modern adaptation.

When Netflix titles are gone, they're gone, meaning it's your last chance to find out what David Fincher's "Girl with the Dragon Tattoo" is actually about, or better yet, discover what your pets are up to when you're not home in animated family comedy "Secret Life of Pets." But if you're ready for new, read on for the exciting Netflix originals that start streaming this month.

"Breaking Boundaries: the Science of Our Planet," June 4

Based on Johan Rockström and Owen Gaffney's book of the same name, "Breaking Boundaries," streaming now, is Netflix's third project with nature historian and broadcaster Sir David Attenborough. But this isn't necessarily your typical, peaceful nature documentary. It's an urgent and scientific wake-up call, exposing how humanity has pushed conditions on Earth beyond what have kept our planet stable for 10,000 years, and highlighting how we're at a critical point for its survival — and ours.

This British comedy drama, formerly airing on BBC but adopted by Netflix for a second and final season, follows the budding relationship between Mae (Mae Martin), a lesbian comedian and struggling former drug addict, and George (Charlotte Ritchie), a straight-presenting woman who remains uncomfortable telling friends and family about her relationship with Mae. Season 2 will pick up after Mae's relapse at the end of last season, as she tries to reconnect with George and confront her own past. The show has been widely praised for its candid and fun portrayal of the minefield that is gender, sexuality and dating.

A new fantasy series adopted by Jeff Lemire's "Vertigo" comic, "Sweet Tooth" follows the story of Gus, a boy who's half-human and half-deer in his search for his lost mother in a post-apocalyptic world, 10 years after an event called "The Great Crumble." Starring Christian Convery as Gus, "Sweet Tooth" tells a story that's achingly familiar to a real-life world thrown into catastrophe by a global pandemic, as it follows the continued impacts of a virus that led to the mass birth of human-deer hybrids like Gus.

Hosted by famous Dutch cat Abatutu who is voiced by Nicolette Kluijver, "Kitty Love" is a documentary celebrating the day-to-day lives of a group of Dutch cats. Netflix promises the documentary will feature the cats' "finest and friskiest moments," so ailurophiles — you're in for a treat.

"Awake" is the story of Jill (Gina Rodriguez), a troubled former soldier and her fight to save her family, herself, and the world around her. A mysterious catastrophe has wiped out all electronics, and also, puzzlingly rendered humans unable to sleep. Scientists must discover a cure in a nightmarish race against time, all while Jill must decide whether to sacrifice everything to save the world.

"Part 2" will pick up where the hit French thriller series left off, as Arsène Lupin (Omar Sy), the world-famous gentleman thief and master of disguise, sets out to avenge his father, a chauffeur to the Pelligrinis, who are the wealthiest family in France. Arsène's father was accused by the Pelligrinis of stealing a diamond necklace owned by Marie Antoinette, and died in prison as a result. "Lupin: Part 2" will follow the last season's cliffhanger, as Arsène seeks a new ally and tries to expose Hubert Pelligrini's (Hervé Pierre) crimes. "Lupin" was created by George Kay, the creator of "Killing Eve," and a modern adaptation of French writer Maurice LeBlanc's early 20th century novels.

A timely new documentary that offers a case study of three women in STEM professions, "Picture a Scientist" exposes ongoing, persistent stigma toward female scientists in their places of work. The documentary follows the lives of biologist Nancy Hopkins, geologist Jane Willenbring, and chemist Raychelle Burks, as they navigate workplace harassment, discrimination, and the gender pay gap in their male-dominated industries. Filmmakers Sharon Shattuck and Ian Cheney spoke with Salon last year about the shocking and frustrating inequalities highlighted by their documentary.

As its name would suggest, "Penguin Town" is an adorable documentary chronicling the story of endangered penguins flocking together in a town in South Africa, as they find mates, raise a family, and interact with the human locals. The documentary series produced by Patton Oswalt promises to be the feel-good summer show we all need.

Stand-up comedian Andrea Singer (Iliza Shlesinger) has put dating on the backburner for years — until she meets the seemingly perfect Dennis (Ryan Hansen). Dennis checks all the boxes, but Andrea and her friends have their doubts, and are determined to find the truth in this star-studded comedy written by Iliza Shlesinger, and based on a "(mostly) true story." Directed by Kimmy Gatewood, who's previously directed "The Baby-Sitters Club" and "Girls5eva," the movie will also feature appearances from comedian Margaret Cho, as well as supermodel Taylor Hill and "Bachelor" nation superstar Tyler Cameron.

Starring Liam Neeson and directed by Jonathan Hensleigh, the writer of "Jumanji" and "Armageddon," "The Ice Road" is the thrilling story of a seemingly impossible rescue mission of Canadian diamond miners, when their mine collapses and entraps them. Neeson, who plays a big-rig ice road driver, takes it upon himself to rescue the miners amid a massive storm, among other terrifying conditions.

Based on B.B. Easton's novel "44 Chapters About 4 Men," "Sex/Life" is the story of a not-so-typical love triangle between a suburban mother (Sarah Shahi), her husband (Mike Vogel), and her wild past. According to Netflix, the new original comedy-drama series promises to be a wild and provocative glimpse into "female identity and desire."

Here's everything else coming to Netflix this month:

June 13
"The Devil Below"
"Picture a Scientist"

June 23
"Good on Paper"
"The House of Flowers: The Movie"
"Murder by the Coast"
"Too Hot to Handle" Season 2