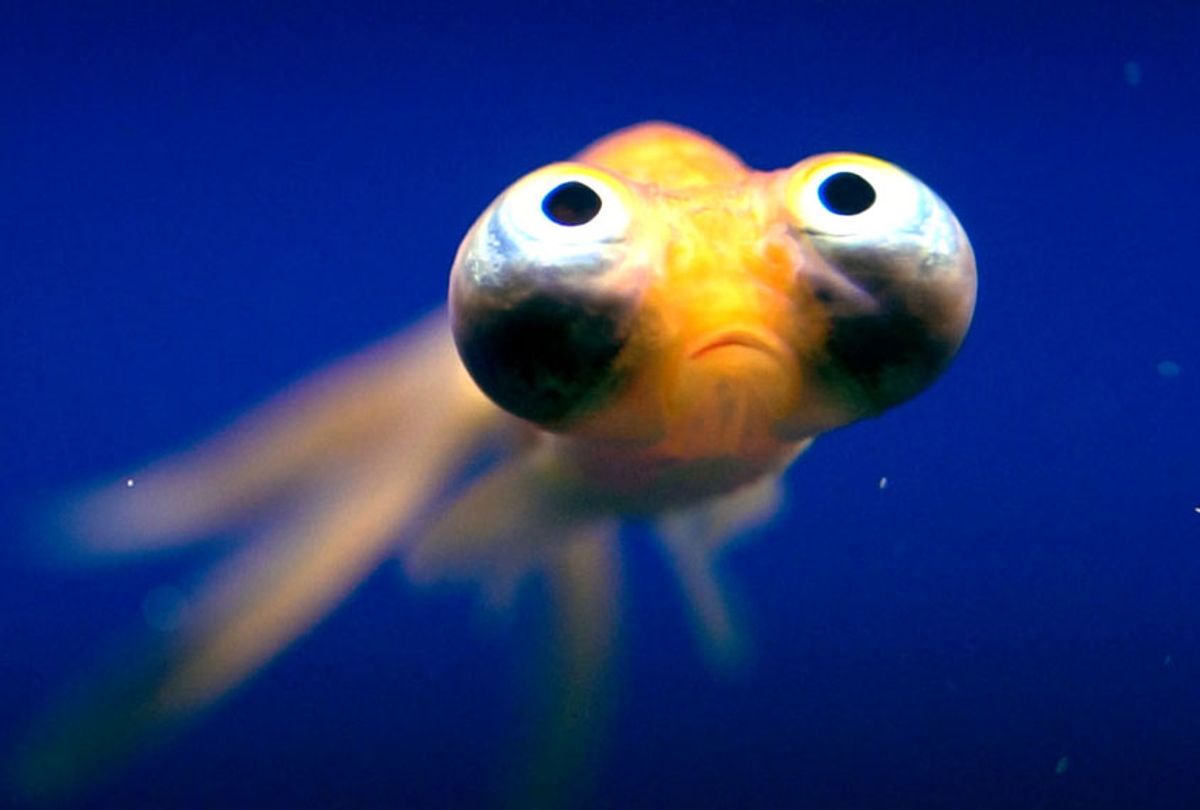 The first hint that "Absurd Planet" is the nature docuseries for this odd and unsettling time is a simple line delivered by Mother Nature (voiced by Afi Ekulona) herself: "Life — am I right?"

The merits of nature documentaries are many and varied. They introduce us to new parts of our worlds and, as Salon's Melanie McFarland pointed out in her essay about "Octopus: Making Contact," sometimes they connect us with new parts of ourselves, inspiring both empathy and personal reflection.

Alongside their mix of jaw-dropping landscapes and their and natural ambience — crickets! forest rainfall! bears splashing in Alaskan streams! — there's something deeply soothing to be found in series like "Planet Earth" and "Blue Planet." And the calming effects of David Attenborough's mellow, BBC-approved narration should never be underestimated.

But recently, it feels like our worlds have gotten both very small and very scary. With the advent of stay-at-home orders and social isolation, connections with the outside world have likely shrunk. The global pandemic has caused a collective sense of stress to swell to epic proportions.

Serenity and slow TV have their place in helping us to cope. But what "Absurd Planet" clearly understands is that observing the inherent ridiculousness of the world around us — or as the series puts it, the earth's "parade of oddities" — is even more relaxing now.

Think about it — some creatures and their instinctual behaviors are super weird. Have you ever really watched a Venus fly trap snap its "mouth" around a helpless fly? That is some science fiction s**t. Have you ever watched a male seahorse give birth to thousands of babies — these perfectly-formed mini-seahorses — at a time? What about when giraffes hold their version of fight club, where the first (and only) rule is that the weapon of choice is your 600-pound neck? Have you seen a tiger sneeze? Or considered whether frogs have a concept of death?

These are some of the images and questions raised by "Absurd Planet," though it should be made clear that the 12-episode series is also super family-friendly, save some scatalogical humor, for which your personal tolerance may vary. In addition to Mother Nature's voiceover, there are quotes and "interviews" with some of the planet's weirdest characters; at times, it's reminiscent of the BBC One series "Walk on the Wild Side," wherein typical nature footage is dubbed over with super British quips.

But unlike "Walk on the Wild Side," "Absurd Planet" doesn't simply anthropomorphize its subjects — we learn something about them, too. A great example of this is found in the rap battle between a house fly and a firefly.

Here's a sampling of the lyrics, courtesy of the house fly:

You eat plant pollen
While I eat pumpkin pie.
Despite your fire butt,
You're still not very fly.

Dodging frogs is the mission,
That's abundantly clear
But if it's death or being you,
Hey Kermit, I'm right here.

A little juvenile? Sure. But it's the kind of silly fun that soothes what I have dubbed my "quarantine brain," tapping into the same feelings that absurd sketch comedy inspires in me right now.

In its loving elevation of the earth's weirdest creatures, "Absurd Planet" offers a balm for some of the quarantine-based insecurity we may be experiencing as our routines have been taken out from under us. In times of crisis, some of our coping mechanisms are admittedly odd — endless Zoom cocktail hours, toilet paper hoarding and panic-buying baby chickens — but when watching this series, I couldn't help but recognize that we, too, are members of this absurd planet and, no matter how improbable it seems, the circle of life will continue for us all.