"Pose" ends by reminding us that the New York City fantasy belongs to all, not just Rosses, Rachels and Carries 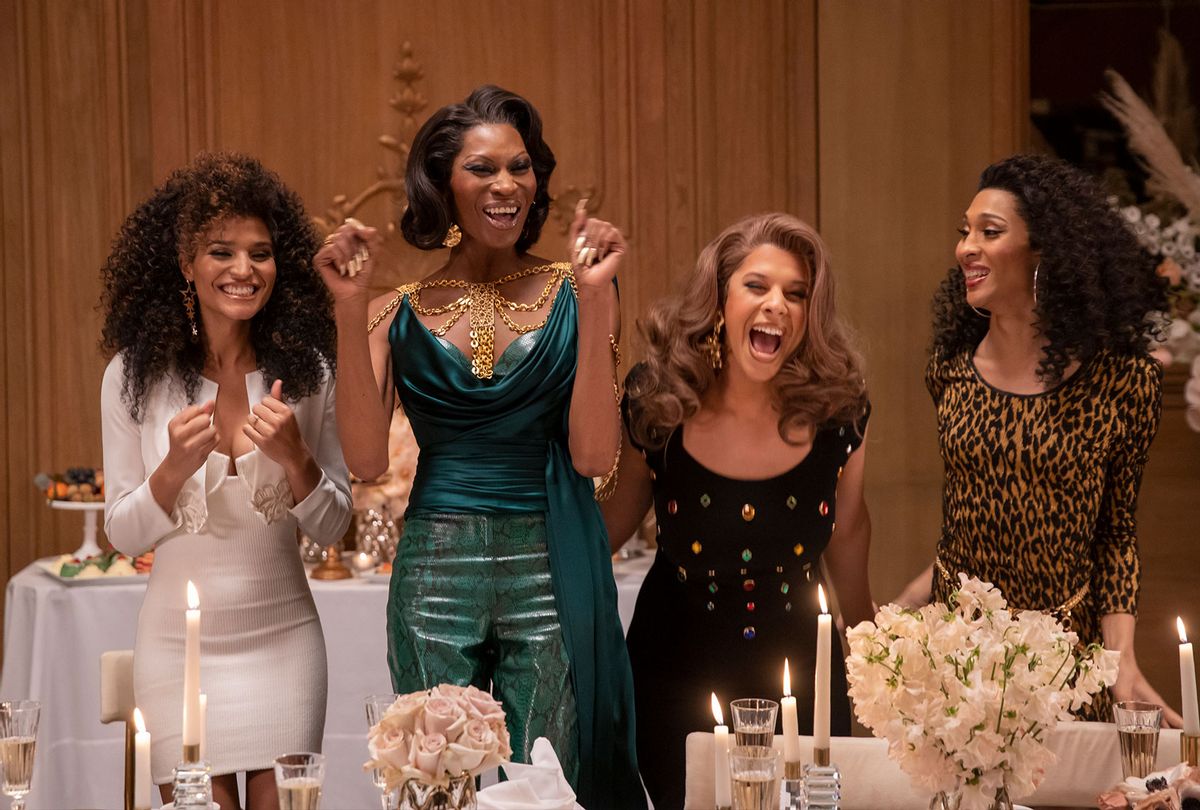 "Pose" closes its third and final season with a two-hour emotional rollercoaster of a finale, the details of which it would be cruel to spoil. But it isn't giving away anything at all to reveal that at some point, a group of the ladies meet up for an elegant brunch.

Everybody's got to eat. Besides, a defining aspect of this show is all the action that happens over shared family meals. Throughout its three seasons Blanca (Mj Rodriguez), Elektra (Dominique Jackson), Angel (Indya Moore) and Pray Tell (Billy Porter) hash out problems, bond, fight and reconcile around tables laden with food.

But this brunch doesn't occur at anyone's apartment. Instead, the girls meet at a swanky restaurant bedecked in their finery, as Elektra would say. A very New York thing to do, especially in the late '90s when the nation was in the full swoon of "the 'Sex and the City' effect."

Better to say that supposedly it was; these women aren't having any of it. "They need to call it 'Being White in the City,'" one says, "'cause ain't none of them girls got a Black or Latina friend."

"Not one," another adds. "Not even a sidekick."

And just like that, these Black and brown ladies order a very adult beverage that is not pink. "I refuse to let some TV show about white girls define how we eat, drink and gather as girlfriends," a third declares. "We've always made our own rules, and we ain't stopping now."

I'm omitting attributions to maintain as much pre-finale mystery as possible; plus who says which line matters in the scene's context. But the larger point is that these women are speaking on behalf of the millions left out of HBO's most famous New York fantasy.

HBO Max's recent debut of "Friends: The Reunion" reminds us that Carrie Bradshaw's adventures weren't alone in erasing people of color from Manhattan and the city's other four boroughs. Nobody in the reunion addressed that all these years later, not even venturing a consolation glimpse of Aisha Tyler's Charlie or Lauren Tom's Julie.

To have "Pose" remind us of this on its way out is elegant shade, but it's also an extension of its victory lap. "Pose" launched in 2018 as a sparkling, melodramatic and decidedly ecstatic show about New York's vibrant underground ballroom scene and the queer people of color who built it. The show never allows the audience to forget the battles visited upon these characters by the AIDS crisis and bigotry against transgender people. Indeed, much of the finale's poignancy involves protest, as Blanca joins ACT UP to push an HIV clinical trial to grant people of color equal access to lifesaving treatments.

Equaling this and often exceeding this are its frequent reminders that New York's reputation as a mecca of fashion and art has its foundation in the LGBTQIA community and specifically, Black and Latino men and women. Television renders New York as an aspirational concept as much as a city, a place where titans like the Roys of "Succession" lord over all, but a place that's also beacon of creativity and endless possibility.

As is often the case with the hottest trends in popular culture, BIPOC folks lit that fuse long before the Rosses and Rachels of the world caught wind of it, a message trumpeted by this show's first season and an alarm bell ringing through its second, when Madonna's swiped voguing from the ballroom community and did little to share the benefit of mainstreaming it.

Whenever a show like "Pose" leaves the air, part of the eulogizing involves looking at what it achieved during its run. Its central role in elevating trans visibility in media is obvious, and may the heavens rain graces upon series creator Steven Canals for spotlighting Porter, Rodriguez and Jackson in a manner befitting their talents.

Beyond these amazing accomplishments, however, are its consistent shout-outs to the magnificence of the community its represents, reminding us that New York and cities like it thrive because of its cultural quilt. It leaves us in a season that has given us Starz's "Run the World," a show following four ambitious 30something Black women burning up Harlem from executive producer Yvette Lee Bowser. (Bowser created "Living Single," the Fox show that pre-dated "Friends" and, hello, followed six young Black professionals living in New York.)

Next week HBO's "Betty" returns us to the free-spirited adventures of five women skateboarders, three of whom are Black. Soon the cinematic adaptation of Lin-Manuel Miranda's "In the Heights" will be in theaters, a celebration of both Washington Heights' Dominican and Latinx community and summertime bliss. And if your eyes welled up at seeing the first trailer for that film, or transcendent moments within any of these shows, that may be because they look like some version of the reality of New York that something in America's bloodstream beckons us to partake in.

Regarding the imminent return of Carrie, Miranda and Charlotte (Samantha Who?), the "Sex and the City" revival, titled "And Just Like That," actually features a non-white character in Che Diaz, a queer, non-binary podcaster played by "Grey's Anatomy" star Sara Ramirez. Moreover, executive producer Michael Patrick King brought writers of color on to the show's staff. Would all this happened solely because of public pressure and without the popularity of "Pose"? Maybe. Nevertheless, the House of Evangelista's position on that show's whitewashed version of Big's city was clear long before the revival was a twinkle in anyone's eye.

Canals prefaced this season by making it know that he wanted his series to go out on a high note and a hopeful one. And while it's impossible to top the show's wedding to end all weddings between Papi and Angel, the tears these final hours coax out of us are amply earned and not necessarily touched off by sadness.

Instead it's the many reminders that the future is still something that we're allowed to have that turn on the waterworks, along with the gentle admonishments that it our duty to fully live regardless of whatever pandemic we're facing, be it HIV or COVID. "The world is ours to devour," someone says, and in that moment we see New York's banquet is open to all.

During "Friends: The Reunion" its creators explained that the show's universal appeal is its depiction of the time in our lives when our friends are our family. "Pose" tops that from the first episode, showing that for a subset of us, our friends are our primary loved ones, our shelter and salvation. And its family is part of a community within a larger village called New York City.

"You can't outgrow your family," Blanca says, because who else would hold such a truth as tightly? Only a New Yorker through and through, who sees who she wants to be in that city, makes her aspirations reality and shows all the world that the dream belongs to her, too.