After Pride, corporations will "ditch these gays" but the harm will already be done

The worst corporate offenders aren't just hypocritical; their profiting works against everything Pride stands for 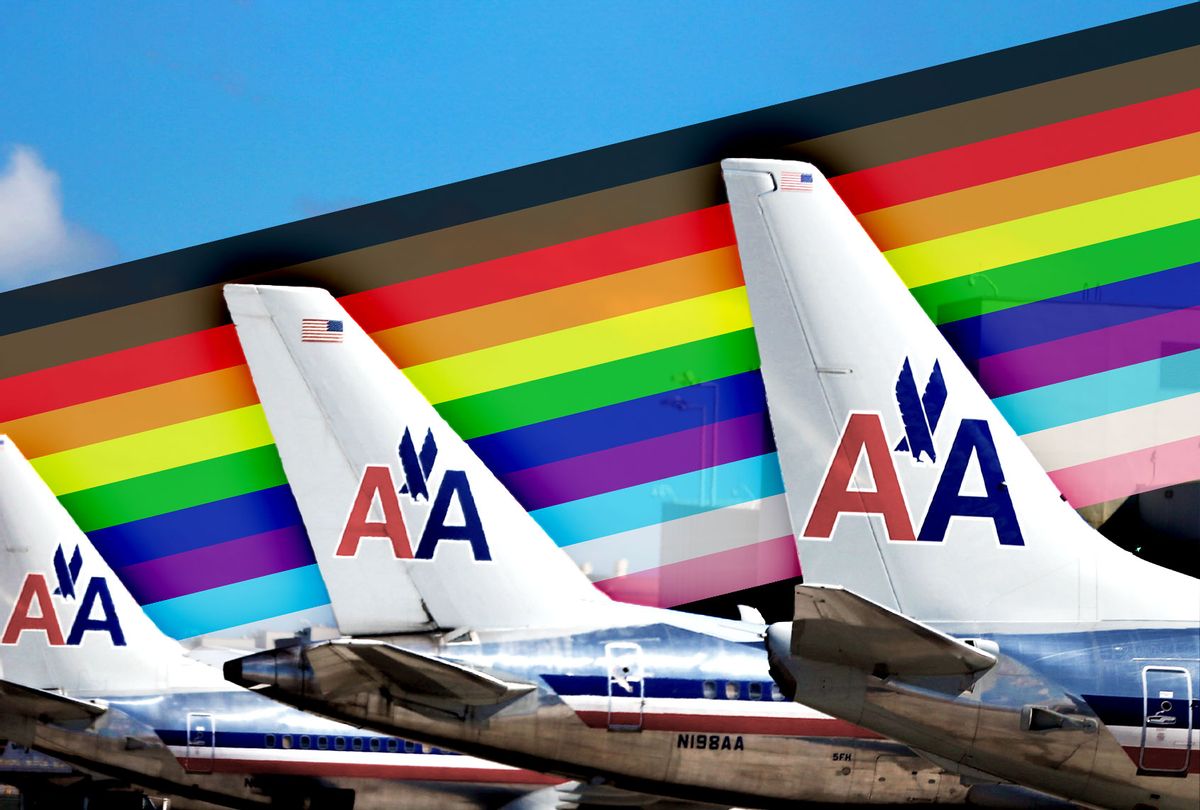 Who knew that a scathing commentary about rainbow capitalism would come from a teen comedy? In Hulu's queer young adult series "Love, Victor," teenager Lake (Bebe Wood) is with pal Victor (Michael Cimino) and his new boyfriend when her friend Mia (Rachel Naomi Hilson) calls, asking to hang out now that she's home from summer camp.

"Queens before peens," Lake responds gleefully. "I mean, you say the word, and I will ditch these gays like a corporation after Pride month."

The line couldn't have landed more perfectly during Pride, right now, with social media platforms awash with corporations ranging from weapons manufacturer Raytheon to Bank of America changing their profile pictures to rainbows. However, the reality is that many of the corporations that proudly don rainbow symbols and pro-LGBTQ messaging exclusively during Pride either spend the entire year actively perpetuating the oppression of the most marginalized, or even donating large sums of money to anti-LGBTQ politicians. Among corporations that might not overtly harm LGBTQ folks, as Lake suggested in her aforementioned, sizzling one-liner, these corporations have a well-earned reputation for "ditching" LGBTQ people and causes after June, once doing so is no longer as profitable.

This surface-level show of "support" for LGBTQ people, mostly as a PR stunt, might have seemed like progress as recently as a few years ago, when some in our culture were still debating whether LGBTQ people had a right to exist at all, let alone deserved acknowledgement or celebration. And to be clear, this overt and violent oppression has continued in many spaces — just take a look at the dozens of state legislatures introducing bills to practically write transgender kids out of existence. But in many parts of society, signaling support for LGBTQ people with symbols and social media posts — while denying LGBTQ workers a living wage — has become profitable and advantageous. This phenomenon has become widely known as "rainbow capitalism," which directly contradicts the spirit of Pride itself.

Pride is historically rooted in anti-carceral, anti-capitalist sentiment and activism, as well as people-power, community, autonomy and revolution – with or without the approval of billionaires. Corporations rehabilitating their image for profit off the backs of LGBTQ people who remain economically and socially marginalized to this day isn't "Pride" — it's rainbow capitalism.

What is "rainbow capitalism"?

To celebrate International Women's Day in 2018, McDonald's famously flipped its iconic "M" to be a "W," presumably for "women," one might guess. The hollow gesture was widely mocked on social media, and for good reason — for years, women workers at McDonald's have reported sexual harassment and abusive work environments, low pay, poor conditions, and more, and in return, they received a flipped letter sign.

While this particular example applies to women workers, the spirit of McDonald's legendary blunder is the epitome of rainbow capitalism, which refers to corporations' annual attempts to cosplay as LGBTQ allies for approximately one month a year. They profit off of their glossy, progressive images, while exploiting LGBTQ workers, donating to anti-LGBTQ politicians, and committing other hypocritical acts. Another word for rainbow capitalism is pandering — billionaires and corporations don't really care about the plight of LGBTQ communities, and certainly not the LGBTQ workers they underpay and exploit. They care about getting our money through any means necessary, including by pretending to care about us.

Rainbow capitalism is especially offensive because of the continued economic oppression of queer people. Twenty-two percent of LGBTQ people live in poverty, compared with 16% of cis, straight people. Another survey from 2012 found 20% of LGBTQ people living alone had annual incomes of less than $12,000. Trans people specifically are twice as likely to be living in poverty; trans people of color are three times as likely.

Who are the worst offenders?

It would be impossible to put together a comprehensive list of every corporation that's taken part in rainbow capitalism, but some offenders are especially cringe-inducing.

RELATED: "We live in a Walmart nation": What it means to be trans in Arkansas

"Do you really want to be 'represented' in advertisements all while the same company pays politicians who are opposed to your existence?" The Independent's Victoria Gagliardo-Silver wrote in a recent column. "And exactly how does a Bud Light ad saying 'Let's get beers tonight, queens,'' actually benefit the community rather than stereotyping us further?"

You might wonder what's more incriminating, between the overt hypocrisy of the aforementioned corporations, and the unabashed homophobia of the likes of Chik-fil-A — the answer is simply all of the above.

Pride and all social justice movements that aim to empower marginalized identities are about supporting and redistributing power to uplift those with the least power — not lifting up individuals to carry out the oppression of those beneath them. Exploitation is the same, and hurts queer people no matter who's overseeing it.

What does authentic support for the LGBTQ community look like?

As the old social media adage goes, "We live in a society." In other words, boycotting every homophobic corporation is unfortunately impossible in a society in which capitalism has allowed them to hold such a monopoly on some of the most essential products and facets of day-to-day life. Of course, that doesn't mean we can't try to have an impact where it's possible.

The internet and social media have made finding, shopping and recommending queer and queer people of color-owned small businesses simple and easy. Internet databases like Open Secrets have also made it just as easy to do some homework and spot an anti-LGBTQ corporation from a mile away.

And then, of course, there's the most fun approach of all: following and supporting LGBTQ storytelling. The punchy roast of corporate Pride celebrations on "Love, Victor" (now in its second season) wouldn't have been possible without the show itself, a relatable and endearing story of a Latinx teen questioning and discovering his sexuality, before embarking on his first gay relationship. And fortunately, there's a multitude of LGBTQ-friendly shows out there to choose from these days, most recently the critically acclaimed "Pose," chill skate series "Betty," and punk rock comedy "We Are Lady Parts."

Ironically, since rainbow capitalism is rooted in corporate inauthenticity for profit, Pride is all about authenticity, encouraging and empowering LGBTQ people to live their most authentic lives. We can't allow corporations to co-opt this.