"There is some level of dementia," says Fox News contributor (with zero medical expertise) about Biden's whisper 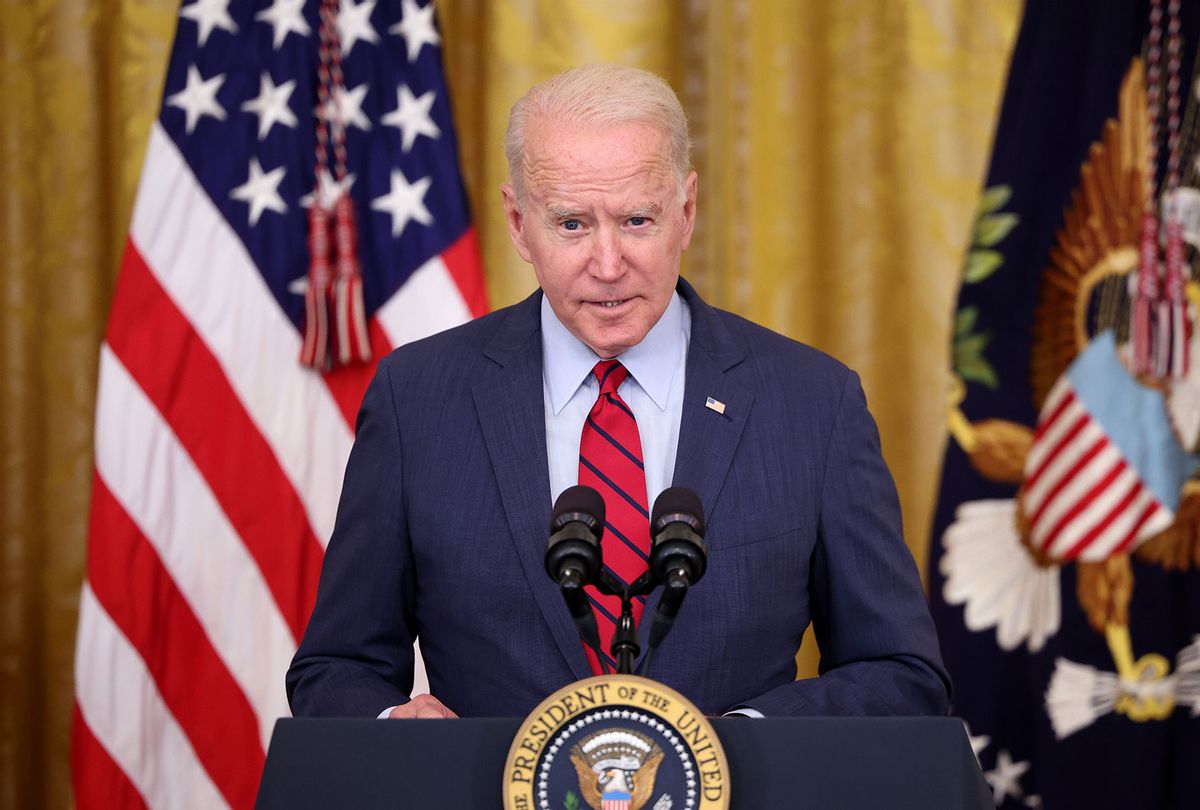 During President Biden's White House press conference on Thursday, he whispered a response to a reporter's question — an apparent attempt to appear patient after having lost his cool last week in an exchange with CNN reporter Kaitlan Collins.

Biden's whisper prompted an immediate freakout on right-wing media, where various commentators utterly lacking in medical qualifications diagnosed the president with "dementia," suggested that he was "compromised" and even hinted he might be an "alien" and there were reasons to be frightened of him.

The original moment from Thursday's press conference was perhaps slightly odd, although to most neutral viewers it will likely appear that Biden was seeking not to lose his well-known temper.

Salon has compiled some of the most outlandish claims made across right-wing programming over the past 24 hours, which appear to play into a more significant messaging push in the conservative media ecosystem, which has had difficulty stigmatizing Biden effectively amid the broad popularity of many of his proposals. Many of the pundits heard or watched by millions of conservative-leaning Americans every day have seized on whispering as evidence that Biden's mental health is diminished, albeit in an unspecified way.

"And to lean forward and, you know, whisper your answers kinda leads me to believe that there is some level of dementia," Fox News contributor Sean Duffy said on Friday morning.

Right-wing radio host Sebastian Gorka, who often proclaims himself to be a "doctor" but is definitely not a physician, responded on his radio show: "He's not functioning, guys!"

"By any objective measure, the man is clearly compromised," Fox News host Dan Bongino told Sean Hannity on Thursday night, going on to say that whispering was a "serious issue."

Exactly why right-wing TV hosts like Duffy and Bongino feel qualified to opine on the president's mental condition is not clear. Neither of them possesses medical training or certification of any kind.

"What an utter embarrassment he is," said Fox News host Steve Hilton of the president. Fox News contributor Sara Carter asked rhetorically: "Listen to Biden and let me know if you're feeling scared." Exactly what we might be scared about, Carter did not specify.

This latest anti-whispering campaign arrives after many previous right-wing attempts to characterize Biden in damaging terms have fallen flat. As the Atlantic's McKay Coppins noted in a recent feature article, neither right-wing commentators nor the conservative publishing industry have yet "figured out how to turn the new president into a compelling villain."