"Gossip Girl" may not exactly lead to queer liberation, but it's a good time without over-explained representation 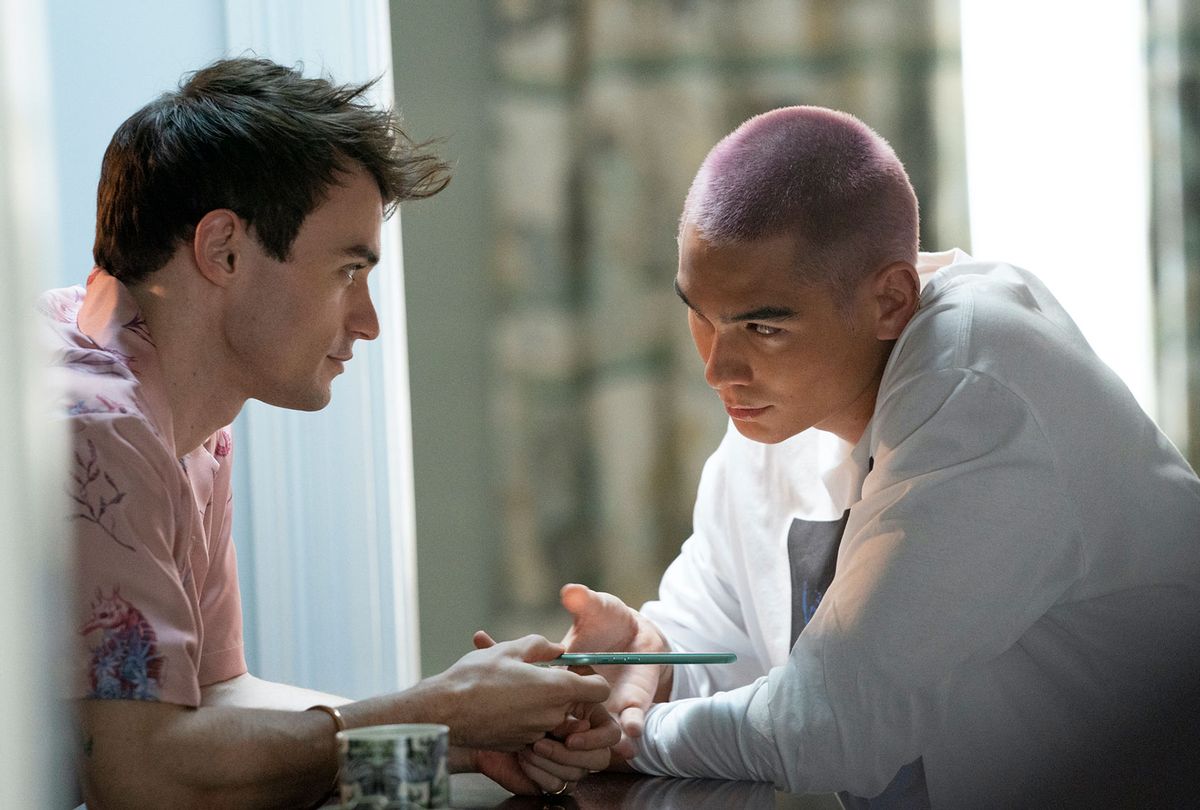 Bisexuality remains widely stigmatized and erased, either exoticized and hypersexualized, or denied and erased altogether, pending the gender of someone's current partner. Recent shows and movies, from Loki (Tom Hiddleston) in "Loki" to Eleanor Shellstrop (Kristen Bell) in "The Good Place," have offered light representation of bisexual characters living their best, most chaotic lives. But in HBO Max's "Gossip Girl" reboot, we see our most unapologetic representation of a male, bisexual character yet.

The updated series takes place nine years later at the same elite private school and the same Upper East Side stomping grounds as its predecessor — with the caveat of social media, influencers, and this time, exorbitantly wealthy teens who appear to show some level of guilt and forced, scripted flickers of social consciousness. Among the tightly knit group of troubled rich kids is Max (Thoams Doherty), who appears to be the roguish "Chuck Bass" of this iteration. Max is certainly as promiscuous, darkly charismatic, arrogant, and reckless as Chuck, but his myriad sexual conquests include both girls and boys.

It could easily be argued that the emphasis on Max's promiscuity is problematic, contributing to the general hypersexualization of bisexual people. But, specific to bisexual men, his character's tendencies subvert a prevalent stereotype that depicts bisexuality for men as a mere gateway to being gay. Bisexual men might sometimes eventually identify as gay, but contrary to biphobic stereotypes, they may also just be bisexual.

Max also counters the stereotype that bi people are just straight or gay people who are struggling to choose. Rather, he simply isn't choosing, and isn't wrestling with any sort of internal conflict about who he should or shouldn't be with. Although plenty of bi people of all genders have preferences for the gender of their partners, Max seems equally attracted to boys and girls, which is entirely valid, too.

The most tiresome and irritating parts of the rebooted "Gossip Girl," so far, have been its strained and scripted dialogues about social justice between wildly privileged kids, who could arguably do a lot more good for society by just giving up some of their money than co-opting activist language to feel good about themselves. Julien Calloway's (Jordan Alexander) lines about being an empowering, girlboss-like influencer, and Obie (Eli Brown) and Zoya's (Whitney Peak) misplaced, awkwardly acted conversations about YIMBY-ism and economic injustice are some of the most unpleasant scenes to sit through.

In contrast, the painless and uncomplicated queer representation of Max's bisexuality has been a bright spot of the show, because of the lack of needless, overkill explanations to soothe and appease straight people. Max is bi — people who care about him get it, and people who don't care about him don't matter. His character is a celebration of queer self-acceptance, self-love, and steamy, sexual chaos.

The new "Gossip Girl" may not exactly pave the way to queer liberation, which necessarily centers the poorest and most marginalized queer folks. But so far, it's an unapologetically bisexual joyride. Where the rest of the show descends rapidly into complicated, heterosexual nonsense, its queer storylines are simple and fun, as queer representation should be.