MAGA civil war: Why Trumpworld is suddenly lashing out at Fox News and Dan Bongino 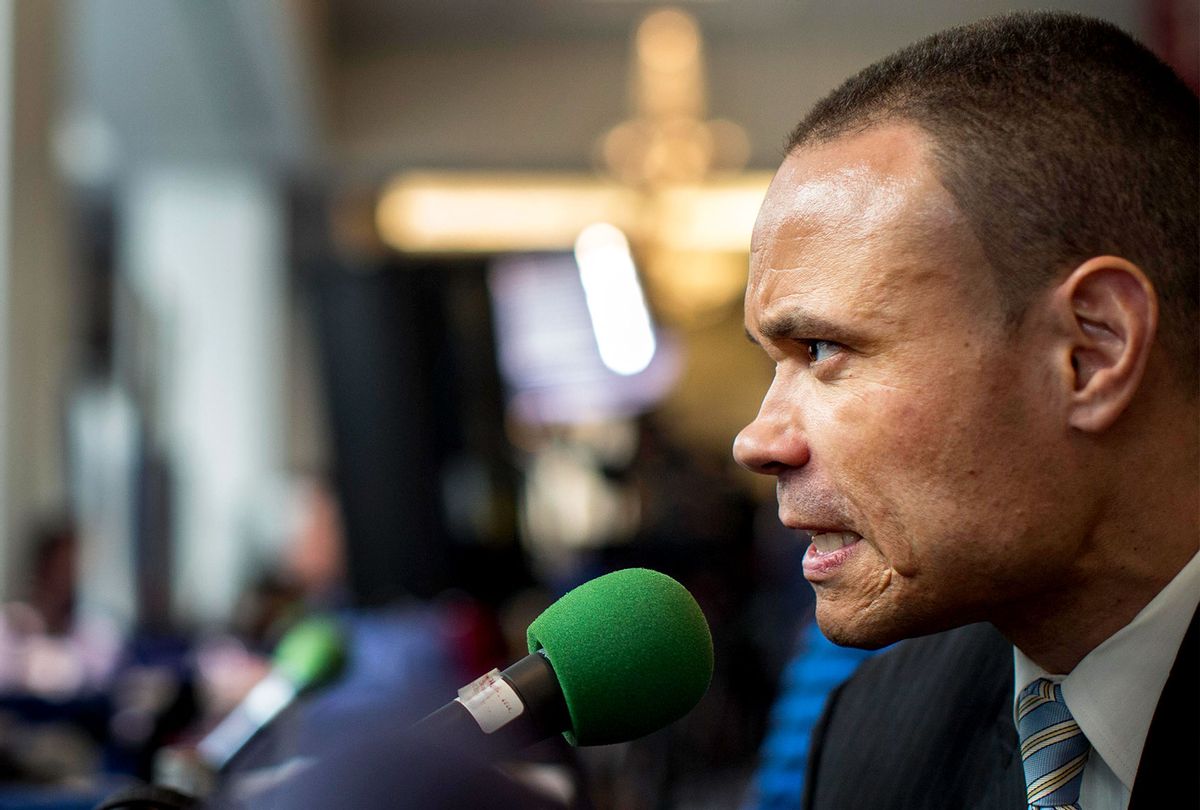 A MAGA civil war, of sorts, is starting to bubble up.

On Sunday, Trump spokeswoman Liz Harrington accused Fox News and host Dan Bongino of censorship after the Trump aide discovered that a Saturday evening interview posted to the network's YouTube channel was edited to exclude a part in which Trump calls the 2020 election "fake."

"It's a disgrace what's happening, and I don't think the country's gonna stand for much longer; they are disgusted. You have a fake election; you have an election with voter abuse and voter fraud like nobody's ever seen before, and based on that, and based on what happened, they are destroying our country, whether it's at the border, whether it's on crime, and plenty of instances, including military," Trump said in a part which was cut out from the segment before Fox News uploaded the interview to YouTube.

After the "jump edit" was discovered by Harrington, a former Free Beacon writer and Steve Bannon associate, she ripped into not only Fox News but the stanch pro-Trump pundit, known for creating a right-wing mini-media empire. "WOW. So I went to post a clip from President Trump's great interview from Fox News last night, and lo and behold, Fox News EDITED and CHANGED what President Trump said, censoring out 45 accurately describing the Fake Election," the former Republican National Committee spokeswoman tweeted. "Fox News DELETED President Trump's words," she added.

In a now-deleted tweet, Harrington took an additional swing at Bongino, stating, "They are putting President Trump's honest statement, and the concerns of tens of millions of Americans, down the Memory Hole. I guess it's FILTERED, after all, Dan Bongino," referring to the Fox host's show name, which features the phrase "unfiltered."

Shortly after Harrington took swipes, the Fox News host responded by heading to war with the spokesperson with a quote from the Batman movie, The Dark Knight. "If you can't tell the difference between your allies, and your enemies, then maybe you shouldn't step on the battlefield," Bongino declared on Parler. "Alfred was right that some people 'just want to watch the world burn.'"

"Idiots. Fox should issue a public apology to Dan and Trump," Ellis tweeted. Starnes took a swing at Bongino a different way: "Hey Liz Harrington - the president is more than welcome to come on my national radio show. We don't tolerate censorship on our program."

Once steadfast supporters of Bongino on Parler, a platform he claims to be an investor in, also expressed frustration regarding the Fox News host's role in the "censorship" of Trump.

"It's really very simple, Dan: If you stay with Fox after they've committed this fraud, then you're fraudulent yourself," one Parler user wrote. Another added: "Dan will not go against faux news [Fox News]. He is like the rest of them. A paycheck is all he is after, [the] country last."

"Your move to Fox [News] let me know what battlefield you entered! I think your 'truth' will show itself one day just as everyone else's has. All about the $$$$," a different user with a profile picture of a bald eagle stated.

The right-wing website, The Gateway Pundit, summed up the incident as "truly a new low from FOX News," adding that "on 'Unfiltered' no less!"

Bongino and a Fox News spokesperson didn't return Salon's request for comment on this story.

Following publication, Bongino addressed the growing controversy Monday morning on his daily podcast. "I should have checked it; I didn't," Bongino told his listeners. "I was only made aware of it after Liz's tweet. That was my only objection to Liz [Harrington] as well."

"It was edited. The reason I was given was to comply with YouTube rules. We have no intention of doing that on my show," he continued. "I don't control the Fox News YouTube account. However, I do work with them, and it's my show."

Bongino stated he is working with Fox News to find a "definitive resolution" to the issue.

The Fox News host added that many of his supporters called him a "traitor to the movement" and a "sellout" stemming from the YouTube edit debacle.