From tangy mango lassis to this summer's trendy tomato water martinis, don't be afraid to get a little salty 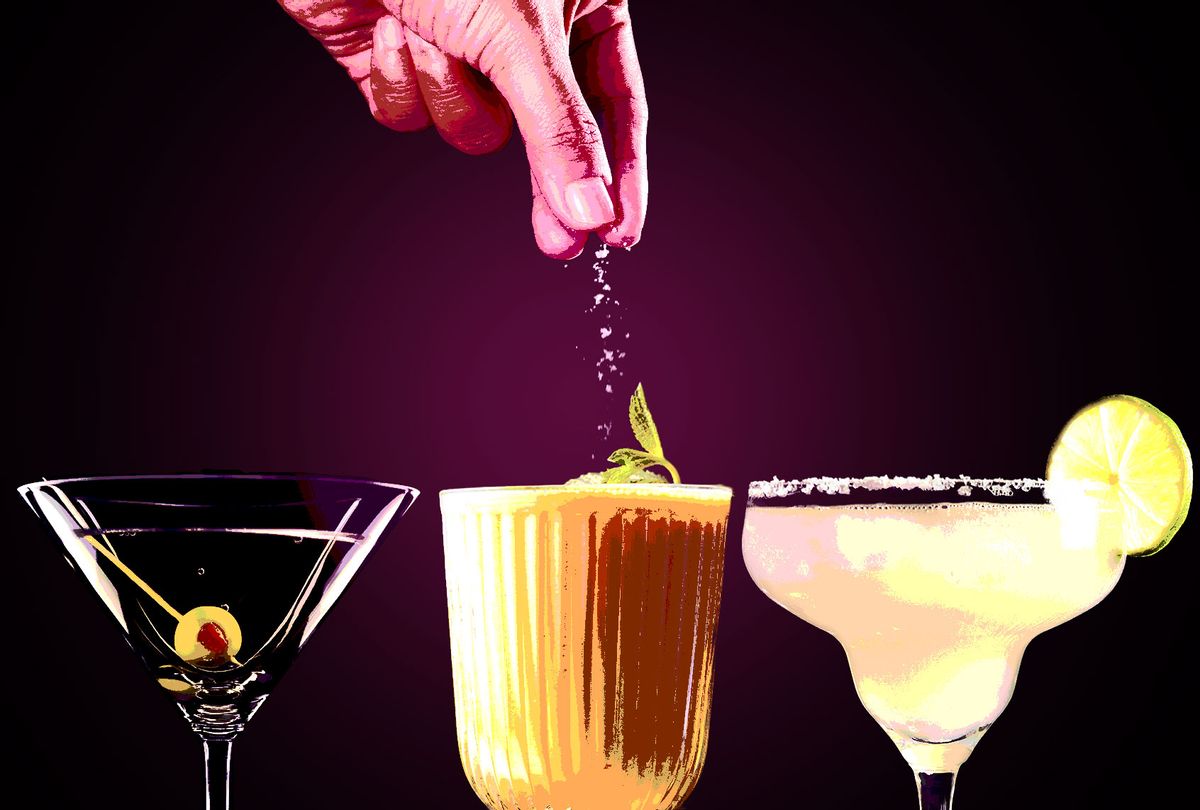 Martini, Mango Lassi and Margarita, with a pinch of salt (Photo illustration by Salon/getty Images)
--

During the peak heat of Louisville summers, when the air is so muggy that the hot black pavement practically steams, lines would form outside of Safier, a Middle Eastern and Indian-influenced deli in the heart of downtown. Businessmen in sweat-drenched button-downs, girls with rolled skirts from the nearby Catholic school and I — with a backpack of audio gear slung over my shoulder — were all waiting for one thing: mango lassis.

Youness, the deli's head cook, would slide plastic cups of the tangy, golden-orange drink down the laminated counter with the ease of a veteran bartender in a legacy saloon. Customers would pay, take their cups and post up — eager for refreshment — under the black-and-white family photos that lined the walls.

I worked at the public radio station a couple of blocks down from the deli, so I found myself waiting in line for lassis a lot. During one particularly sweltering week, Youness began teasing that his recipe included a secret ingredient. Each visit, I'd toss out a new guess — buttermilk, lime zest, an extra teaspoon of honey —but he demurred until one day, I approached the counter, and he set a slim box of Morton Kosher salt in front of me with a thud.

There was my answer.

I tasted more carefully, and sure enough, the little hit of salt cut through (and perhaps elevated) the tang of the whole-fat yogurt and the sugary nectar of the mango pulp. Since then, I've realized most of the best summer beverages all have a touch brine.

There's the classic margarita on the rocks, of course. Though the exact origin of the drink is hazy, competing stories all mention the salt-rimmed glass as a key component. One theory is that hotel manager Daniel "Danny" Negrete created the drink in 1936 as a surprise for his girlfriend, Margarita, who found salted beverages to be refreshing after spending the day in the brutal Pueblo sun; another is that Rosarito bar owner Carlos "Danny" Herrera mixed up the first margarita for Ziegfeld showgirl and actress Marjorie King and used crushed salt to bejewel the glass.

For a more dressed-down version of the margarita, I've been relying on ranch water, a cocktail that's simple enough for even the most novice home bartender. Combine Topo Chico (yes, it has to be Topo Chico) mineral water, lime juice and tequila in a salt- and Tajin-dusted highball glass.

Extra dirty martinis — the kind where the gin is absolutely clouded by olive brine — are a perennial favorite, but in my search for other gently salted beverages, I came across a more seasonally celebratory variety: the tomato water martini.

Tomato water, which is made by straining puréed tomatoes and a hefty pinch of salt, serves as the cocktail base. From there, add gin, vermouth, a squeeze of lemon and a few drops of Pernod if you're partial to the slightest whisper of anise. In a similar vein, I've been making Kat Kinsman's recipe for tomato lemonade on repeat over the past few weeks. It's got a mellow acidity that pairs perfectly with a garnish of salt-preserved lemon peel.

These days, I find myself dreaming of traveling again by way of perusing cocktail bar menus for their play on salted drinks. Currently, Miami Beach is high on the list, so I can sample a cocktail at Tanuki made with salted banana purée and a fat-washed butter popcorn Brugal Anejo Rum. San Diego is a close second, so I can try Madison's Jumping Cholla — a potent combination of smoky mezcal, pineapple, jalapeño and a sprinkle of black lava salt.

In the meantime, though, I'm keeping refreshed with an at least once-a-week curbside order of mango lassi.