How curry ketchup became an unexpected icon in post-war Germany

The simple sauce tells a story of colonialism, globalism and serves as a unique example of fusion cuisine 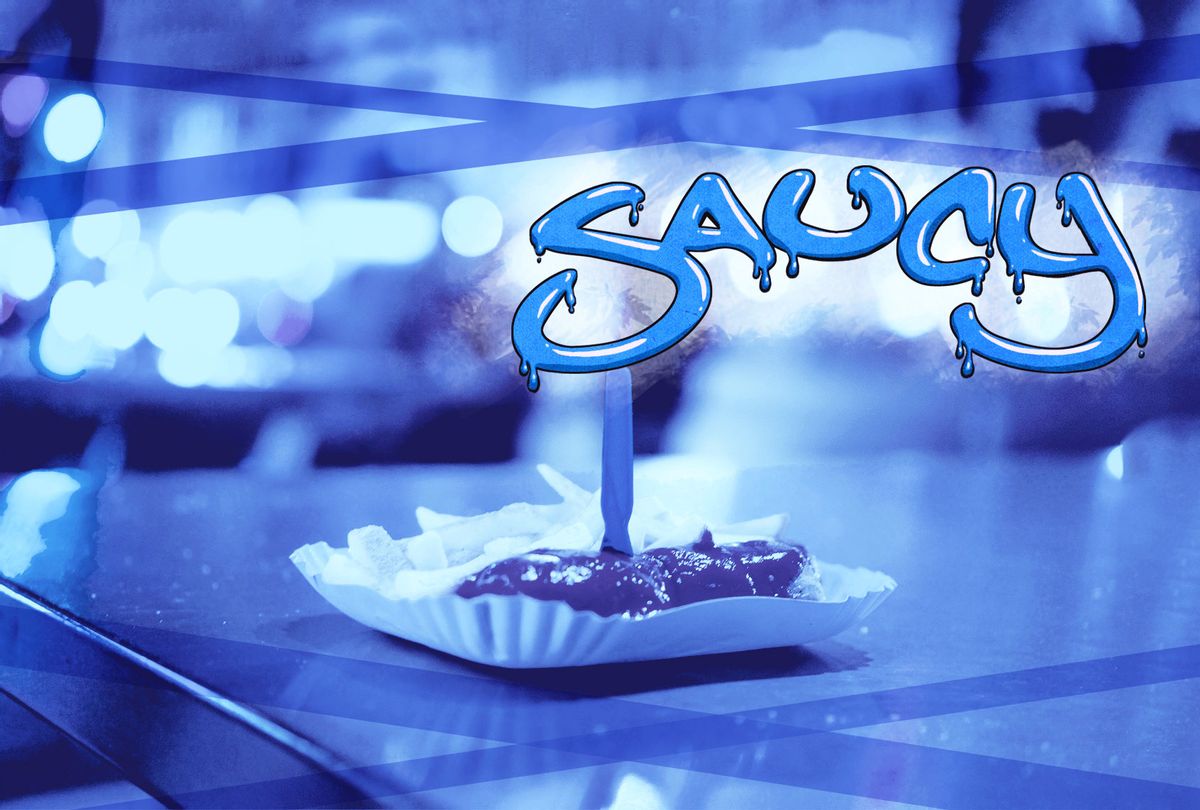 In 2009, a man named Martin Löwer opened the Deutsches Currywurst Museum, which was, as the name suggests, the world's first and only museum dedicated to the cult-favorite sausage dish. Currywurst is simple — steamed and fried Bratwurst chopped into bite-sized chunks and slathered in curry ketchup — but as Bianca Wohlfromm, a museum representative, wrote in 2017, it is a phenomenon in Germany.

"Due to [its] history, it is part of Germany's cultural heritage," she wrote. "More than 2000 places offer Currywurst in Berlin and on almost every street corner at any time, day or night, people can enjoy a Currywurst. Currywurst means simplicity and honesty, being in the world, down-to-earth — yet special."

The museum, which permanently closed in 2019, explored the development of the dish, which was created in 1949 by Herta Heuwer, who obtained ketchup and curry powder from British soldiers stationed in Germany and then drizzled the combination over her street stand sausages. The combination was a display of post-WWII frugality and a shifting attitude towards new flavors. There were exhibitions that explored how currywurst has been depicted in pop culture — from film to song — and the ways in which it has been innovated through time.

But probably the most interesting exhibit was one called Spice Chamber where visitors had to identify the different ingredients within curry powder by smell. In photographs, you can see the sheer amount of spices on display: golden turmeric, star-shaped anise pods, ruddy paprika, earthy cumin and the list goes on. I thought about that exhibit when reading Washington Post writer Gene Weingarten's recent column "You can't make me eat these foods."

In what was ostensibly an attempt at humor, Weingarten runs through a list of foods that don't please his picky palate, like Old Bay seasoning and bleu cheese. But then, he declared that he disliked Indian food as a whole, stating that it was "the only ethnic cuisine in the world insanely based on entirely one spice."

"If you like Indian curries, yay, you like Indian food!" said the original text of the column, which was eventually corrected. "If you think Indian curries taste like something that could knock a vulture off a meat wagon, you do not like a lot of Indian food. ... It is as though the French passed a law requiring a wide swath of their dishes to be slathered in smashed, pureed snails."

The article was rightly decried by many, including "Top Chef" host Padma Lakshmi, as racist and ignorant.

In a piece also for the Post, Lakshmi wrote that Weingarten's piece "is unintentional anti-humor, regurgitating an unimaginative, racist joke with no punchline."

She added: "For generations, people have slung racist insults about the 'stinky' foods of immigrants: Italians with garlic, Irish with cabbage, Koreans with kimchi and, yes, South Asians with curry. It was never funny."

And besides that, she added, Weingarten's assertion that "curry" is a single flavor is just not true.

As Meher Mirza wrote for Saveur, "the word 'curry' is sometimes used in the West as a familiar semaphore, but the term ossifies the immense sophistication and complexity of Indian food."

Some of this is likely due to the way "curry powder" is packaged; in most American grocery stores, shoppers can buy premixed and powdered spices labeled "curry." The term "curry" itself was, as Lakshmi wrote, first coined by European colonizers in 1500s India to describe all the sauce-based dishes they found.

"The British then commercialized and sold a spice blend under the name 'curry powder,' what you see in your basic grocery store today," she wrote, which is why British soldiers would have had curry powder to barter with Heuwer back in the day.

But contrary to Weingarten's statement, even the most basic grocery store powder isn't just "entirely one spice." Ingredients vary, but most contain dried ginger, cumin and turmeric — and often other spices including garlic, coriander, fennel, cloves, cinnamon, mace and cardamom.

To that end, what's interesting about currywurst sauce, sometimes called "curry ketchup" or  currygewürzketchup, is that while it's been wholeheartedly adopted all across Europe, especially in Germany, as well as the United Kingdom, it serves as an early example of fusion cuisine.

Ketchup, as we dove into in an earlier edition of "Saucy," is actually an invention of imperial China, where sailors popularized a fermented paste made from fish and soy beans called "ge-thcup" or "koe-cheup" because it was easy to store on long voyages.

"As their trade routes widened, so did the knowledge of the sauce, until it finally landed in Britain in the 18th century via British traders who were posted up in the Philippines, where banana ketchup is still a staple," I wrote. "There, British home cooks made variations on the paste featuring oysters, nuts, celery, mushrooms and stone fruit. The end results differed wildly, but the goal was the same — to create a flavorful, pungent sauce that could keep for a long time and augment meals at a time when household spices were still a luxury, and to help stretch less than choice cuts of meat, especially if they were on the verge of going bad."

In 1812, James Mease, a Philadelphia scientist, was credited with creating the first ketchup from "love apples," a term given to tomatoes for their then-purported aphrodisiac qualities, and eventually it made its way back around the world, where it was combined with pre-packaged curry powder from British occupants. The result is a sweet, lightly smoky and spicy dip for sausages, fries and frikandel.

Currywurst itself is basically considered fast-food — served at late-night diners and from street carts — but the combination of its seemingly simple parts is a lesson in colonialism, globalism and how foods are adopted across the globe. It makes sense that, at least for a brief period of time, there was a museum dedicated to its creation.