Han who? Sung Kang on his new "Snakehead" bad boy: "Even his hairstyle – he's overcompensating" 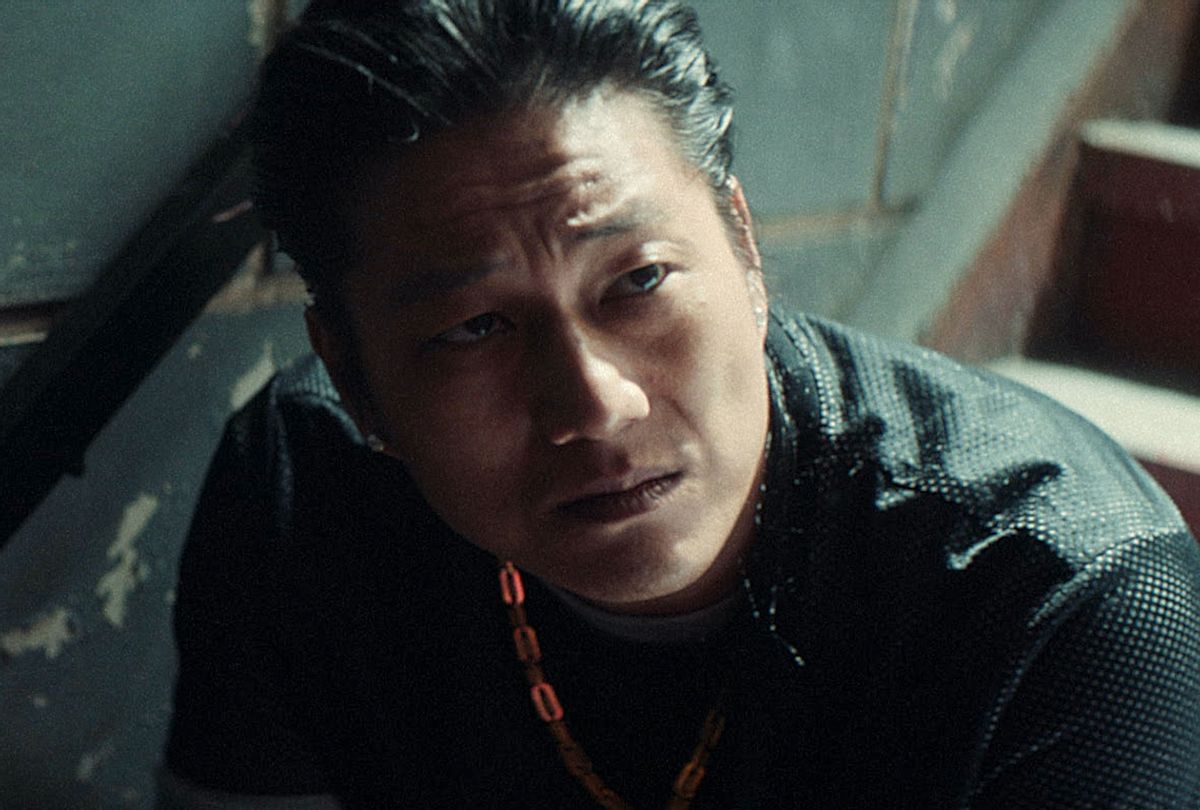 Sung Kang, Han from the "Fast and Furious" franchise, plays a real bad boy in "Snakehead," writer/director Evan Jackson Leong's gritty drama about illegal migration. The actor, who also served as an executive producer on the film, plays Rambo, the hothead son of Dai Mah (a flinty Jade Wu), the figurehead in an international human smuggling operation.

Rambo, who is recently out of jail — he killed his father — now helps Dai Mah. He is fiercely loyal, but wary of his mother's interest in giving outsider Sister Tse (Shuya Chang), some authority. Sister Tse owes a $57,000 debt to Dai Mah for smuggling her into New York; she is hoping to reunite with the daughter who was adopted by an American family.

RELATED: "The Fast and the Furious: Tokyo Drift" review

As "Snakehead" uncoils, issues of love and trust, fear and respect, loyalty, and betrayal all come into play. Leong's film shows the extremes Rambo, Dai Mah, and Sister Tse, among others, will go to survive while also depicting the insidious horrors of immigrant enslavement and exploitation.

Kang spoke with Salon about making "Snakehead" and breaking the model minority myth.

Rambo is described as the Black Sheep of the family. Yet, I see him as protective. He kills his abusive father and is loyal to his mother. How did you view the character?

In need of validation. There are so many insecurities this guy carries on his shoulder. It was fun to play a flawed character. With everything he does — even his hairstyle — he's overcompensating. Everything is, "Look at me!" But at the end of the day, he really doesn't have two feet to stand on. He walks in the shadow of his mother. There are people who are born leaders, and people who are not. He, unfortunately, I think, is not. It was nice for me as an actor to explore: What happens to a man who isn't capable of doing that? He is overshadowed by [Sister Tse] whose "why" and purpose was stronger than Rambo's.

Likewise, whereas Han from the "Fast and Furious" films is a cool dude, Rambo is a real badass. He curses at everyone, and always being quick to anger. He is often feared, but he really just wants respect. How did you lean into the role? I'm sure you identify with him on every level!

Of course! I would not say otherwise. So many insecurities! That's why I'm an actor, Gary! [Laughs]. Well, I looked in mirror, put on costume, and walked out and started talking! [Laughs gets serious again] It was great to be in New York City. The location is a character in the film. You can smell the Chinatown garbage with all the produce on the streets! But that allowed me the access to meet people who were in this lifestyle. New York is full of extremes and you get to see people who are overcompensating. Why do you not leave this borough? They live in five-block areas and don't leave their kingdom. They are so boisterous, and loud and take so many risks.

Within a few blocks, I was able to meet different version of Rambos. Guys who are flashing $200,000 cars and yet live in government-subsidized housing. What's that about? Guys who are rocking guns and selling drugs. What are all the gold teeth and rings about? As an actor it was great to explore all that. Most of it is simply human. These men didn't have father figures. They are overcompensating for an older brother who is a straight-A student and a perfect version of what an Asian male is supposed to be. They live in the shadow and put on this bravado. It was cool because I'm a little older now, and I was able to come in and have access to people who saw me as Han, and I was a fly on the wall, and there was a trust, a brotherly understanding that I was going to protect their story as opposed to exploiting it.

Do you want to expand on the Asian American myth, and how you fit to that or not?

This model minority myth that keeps perpetuating. I've had every opportunity as an American to dream and tell my parents that you didn't have opportunity back home to explore what it is to be an artist. Because back then, it was postwar and a matter of survival. Conversations about being an artist, painter, actor, musician — c'mon, you gotta eat. After a while, getting older, I realized it is basic parental guidance. You don't want your kid to suffer. But now my parents see the world is global and there are great opportunities as an actor/storyteller. For the most part, I've been blessed that the model minority thing has never been placed on me. I was horrible at math. I was a clown in the classroom, getting into fights and trouble in the classroom. I was asking stupid question. I was not the model minority. I broke that really quick. [Laughs!]

I like that Rambo is wary of Sister Tse. Yet he does mock her with a racist slur. It is important to tell these stories, but do you think the film also perpetuates stereotypes? What observations do you have about depicting Asians in a negative light?

I think that is up to the artist himself. At the end of the day, it's Hollywood and this fantastical carrot you need. It's unfortunate but fortunate that you have films like "Parasite" and "Blue Bayou." You have more grounded everyday drama opposed to this fantastical world of "Snakehead." But it exists. There are different stories that will break preconceived notions and stereotypes that are touched on within "Snakehead" but is it a stereotype if it is real?

What did you learn about the illegal migration operations and enslavement practices of snakeheads from making this film?

It's sad. People die and there is tragedy, and it is unfortunate that it exists. But is it a necessary evil? That was the education — that was the window that we were surprised about. When you learn who Dai Mah or Sister Tse represents, they are these leaders in the community that have a dark side but holds the community together in this weird way. It's almost needed. They have old country ways and old cowboy principles that still exist in New York within a few blocks. And this world is balanced by this middle-aged woman.

In "Snakehead," Rambo cares for fish, managing the tanks. Do you have any pets or hobbies?

I am a big dog guy. I have a Golden Doodle, and I like to restore old cars.

You serve as an executive producer on "Snakehead." Are you looking to create more opportunities and have more control in your career?

Absolutely. I just finished my first feature as a director. It was the most challenging and rewarding experience. I'm at an age now to have opportunity to work with great filmmakers who have taught me so many wonderful things that I put in my toolbox. I'd love to give that back. As a director, producer and a creator I can dictate when I get to do it and the people I'm working with and the stories that I tell. I'm ready!

You are often cast in action films. You are Korean, but your character here is Chinese. I rarely see you in comedy or play a romantic leading man. What are your thoughts about the opportunities you've had in your career?

That's why the whole producing and directing thing has to be for me. It's great to be part of these big action films, the "Fast and Furious" universe, but I want more opportunities to play three dimensional characters. That's the plan. I'm hungry. I feel my career hasn't even begun.

"Snakehead" is available in theaters and on VOD and digital Friday, Oct. 29. Watch a trailer for it below via YouTube.