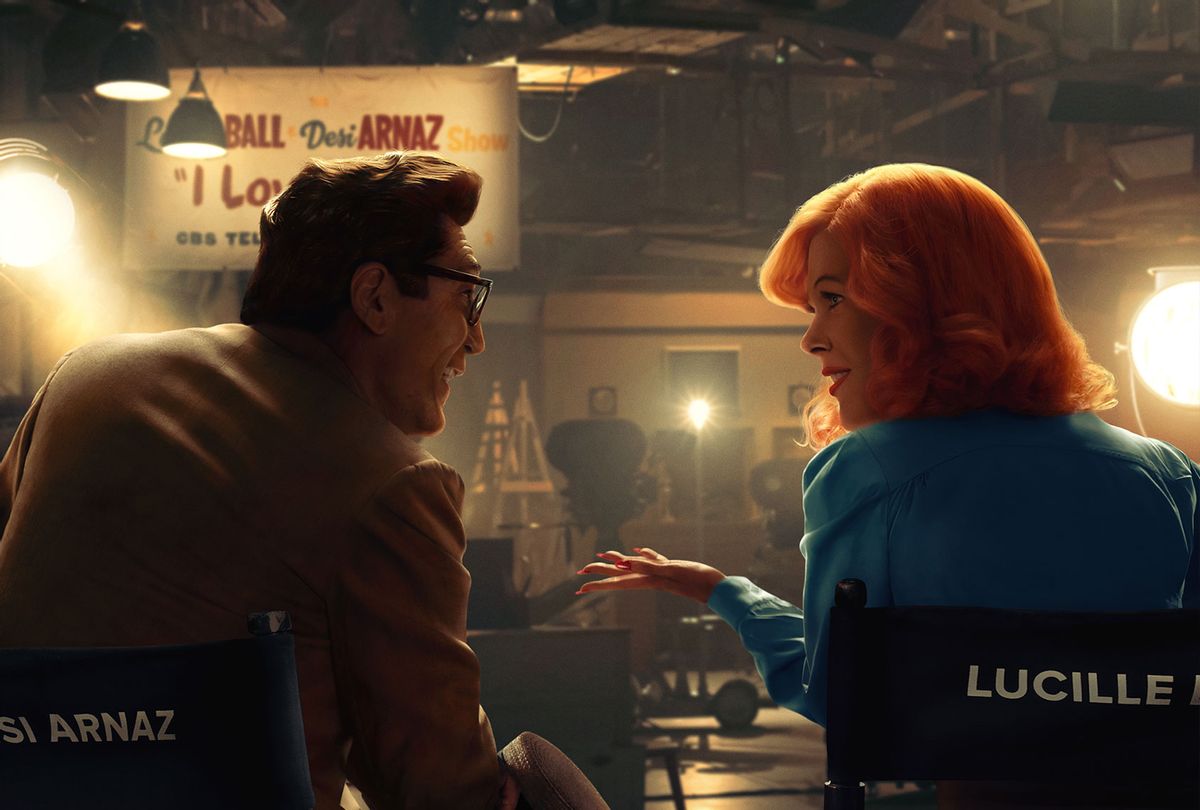 Being the Ricardos (Amazon Prime Video)
--

This accusation is splashed across the front page of the paper in the trailer for Amazon Prime's upcoming movie, "Being the Ricardos."

Written and directed by Aaron Sorkin, creator of "The West Wing" and "The Newsroom," "Being the Ricardos" takes us back to the McCarthyism of early 1950s America. Based on true events, the series stars Nicole Kidman as Lucille Ball and Javiar Bardem ("No Country for Old Men") as her first husband and co-star, Desi Arnaz. J.K. Simmons ("Whiplash") and Nina Arianda ("Venus in Fur") are also featured.

In the trailer, we see Ball and Arnaz throughout one week of production on "I Love Lucy," struggling with accusations of infidelity in their marriage, in the writers' room, and on the stage of the show that became an American icon. In 1953, Ball gave sealed testimony to a House Un-American Activities Commission investigator about her previous voter registration as a Communist in the 1930s, but claimed she had never been a member of the Communist party or voted for a Communist candidate.

In the early 1950s, the fear of Communism was costing people their jobs in Hollywood, with the HUAC leading the charge, and the accusation against Ball caused outrage.

"Lucille Ball is a threat to the American way of life?" one person asks incredulously in the trailer. With a tenuous marriage that is both personal and professional, and political drama woven throughout, the film is exactly what Sorkin is known for.

"Being the Ricardos" premieres in theaters Friday, Dec. 10, and on Amazon Prime Tuesday, Dec. 21. Watch the trailer below via YouTube.