Unlike the shows that came before it, "Insecure" has always been about hustling one's way to success

Other shows about Millennial single life present choice as paralysis. "Insecure" embraces it as a reward 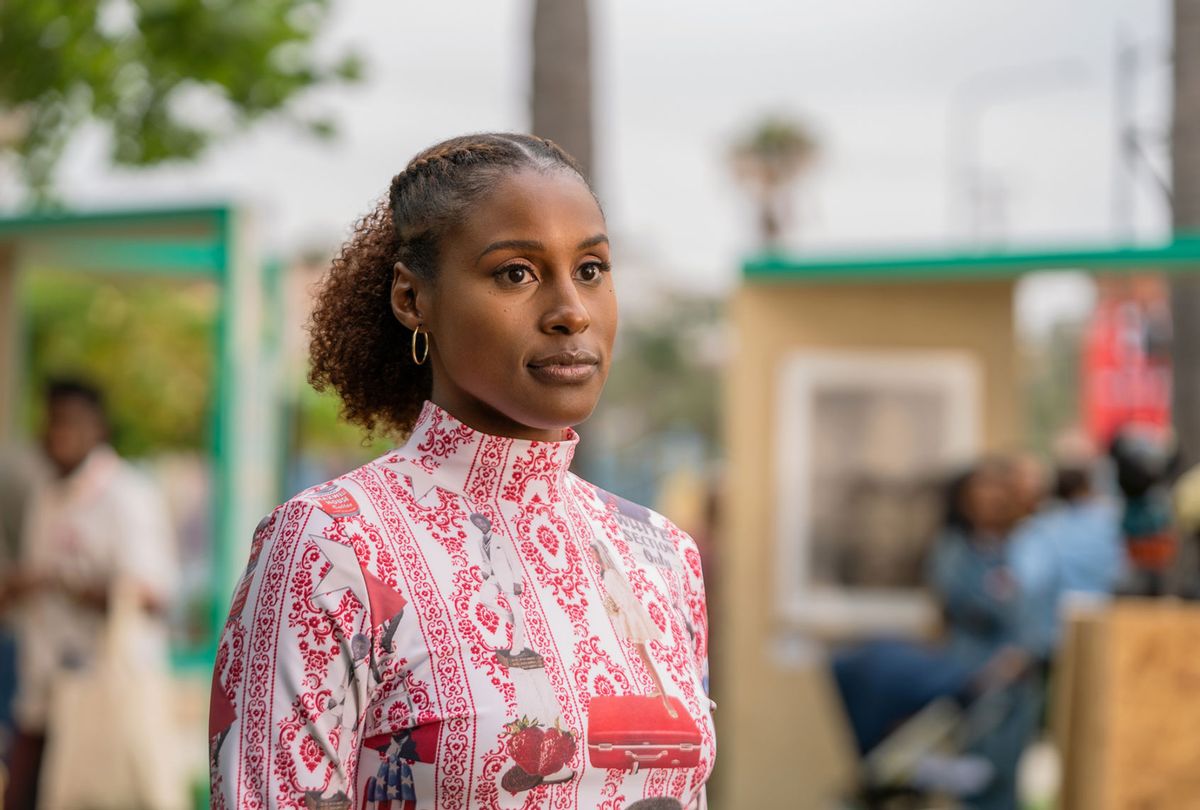 A recent episode of "Insecure" revolves around a homegrown game Issa (Issa Rae), Molly (Yvonne Orji), Tiffany (Amanda Seales) and Kelli (Natasha Rothwell) play called Questions in a Hat, basically Truth without the Dare. The ladies are gathered at Issa's apartment and, appropriate to the half-hour's title "Chillin', Okay?!," they have a warm wine-and-weed buzz going, save for the "Cali-sober" Kelli, who worries about the dangerous juju the game might unleash.

Many of the questions they place in the hat are comically harmless. But one hits Issa squarely in the chest. "If you could only spend the rest of your life with the last person you slept with," the slip of paper reads, "how would you feel?"

Even before this hang, Issa's been wondering about that. The current season begins with Issa calling things off – again – with her old flame Lawrence (Jay Ellis). Her reasons are understandable: Lawrence had moved to San Francisco for his career and was on his way to having a baby with his ex Condola (Christina Elmore), a former friend of Issa's. Theirs was never going to be a simple affair.

RELATED: "Insecure" to the end

Her current lover Nathan (Kendrick Sampson) is devoted, reliable and, importantly, local. One might say he fits the current Issa brand now that she has solidified her love for South L.A. art, food, fashion and culture into a promotional business called The Blocc. Nathan, who cuts hair at a local barber shop, fits in neatly.

Staging the love life equivalent of "Let's Make a Deal" near the end of the story is a romantic comedy staple, with the hero or heroine usually asked to pick between ho-hum stability or a love leap, the appliance in hand or the mystery hidden just beyond that door.

Real life is never so clean-cut.  To see "Insecure" posing the scenario somewhat more originally, then, is refreshing. The Nathan-or-Lawrence question is not the end-all for this show in the way it is or was for other HBO comedies, like that one about the four New Yorkers with a thing for Cosmos and obscenely expensive shoes. But those women always had options falling into their laps. Issa and Molly have to hustle for theirs.

On a re-watch of the current season, the word "choice" comes up time and again. Sometimes it's presented as a part of conversations between friends, but often it's inserted into a script running in Issa's head.

Among the things I'll miss most about the show are the bracing inner dialogues Issa has with mirror self, or her wild daydreams where she cuts loose instead of holding in her true feelings, as when she launches Lawrence and Condola's adorable infant into the air like she's taking a three-point shot at a Lakers game.

As payback, or penance, Dream Condola kicks Issa into a pile of garbage bags as revenge. "Own your choices," coos Issa's rival as she's splayed out at her feet.

Agonizing over what could have been a universal indulgence, part of that much ballyhooed tyranny of choice once cited as the Millennials' existential scourge. The spin "Insecure" puts on this is showing that for Issa and Molly and everyone around them, life is a banquet of choices that's only as rich and extensive as the extra effort they put into it.

Not long ago, Issa wondered in front of a packed auditorium whether she was truly heading in the right direction. Even then her path was solidifying, thanks to a successful block party that draws the attention of a major corporate sponsor.

But the way was never a straight line. At the beginning of the show Issa worked at a stupidly named urban non-profit We Got Y'all, struggling to help the place fulfill its mission of uplifting Black youth. Being the only Black employee at a place full of bewildered white liberals doubting her qualifications takes its toll, and she quits.

From there she works as a ride share driver and accepts what other opportunities she can seize until, finally, she executes an event that tangibly uplifts her community instead of merely talking about it. We see her promoting literary events and art walks that attract major media attention; more importantly, we see her pounding the pavement to make them happen.

Of course she would. Issa is an extension of her creator.

When "Insecure" began in 2016 it was the second comedy created by and starring a Black woman after Wanda Sykes' 2003 Fox comedy "Wanda at Large." Today it's one of several that exist because Rae took that shot.

Now she's one of the entertainment industry's most sought-after talents and a prolific producer. And unlike the stories behind other shows about young women's lives, "Insecure" was not handed to her. She had to create her opportunity by way of a web series "The Misadventures of Awkward Black Girl," which was discovered by Larry Wilmore, her "Insecure" co-creator.

Remembering that is crucial to comprehending Issa and Molly's separate professional evolutions, hand-in-hand with their approach to relationships. Rae understands that the most interesting part of any great success story is the come-up – not necessarily stories of ramen days, but the quest and discovery of a noodle soup recipe folks will pay $20 to eat.

Issa's stint at We Got Y'all is an essential stepping-stone to founding The Blocc. The downside for Issa is that when one of the artists she works with, Crenshawn (Kofi Siriboe), turns on her on social media, what little momentum she's built hits speed bumps and there's very little she can do to fight his smear campaign without risking her credibility.

Molly's career switch from a token associate at a white law firm to a valued contributor at a Black boutique firm is simpler to track. But they're both examples of women who tried to work within systems that would never allow them to excel. They had to make their own way and build their own definitions of success. Molly's trajectory this season moves her off the dating wheel and closer to her family when her mother has a stroke, makes her career voyage choppier than expected while also putting her work/life balance into perspective. The lesson she takes from that is about choices, too. "You've got to be really intentional with the people you love," she tells her girls.

And this circles back to the Nathan/Lawrence dilemma, two options she nurtured into existence, each of them decent. But which will get her to where she needs to go. Moreover, must "Insecure" land with one or the other to provide its audience with sufficient closure?

This isn't Questions in a Hat. Rae isn't obligated to answer. Still, it is something to contemplate as the show heads into its final three episodes . . . starting with this week's aptly titled "Choices, Okay?!"

New episodes of "Insecure" debut Sundays at 10 p.m. on HBO and stream on HBO Max.