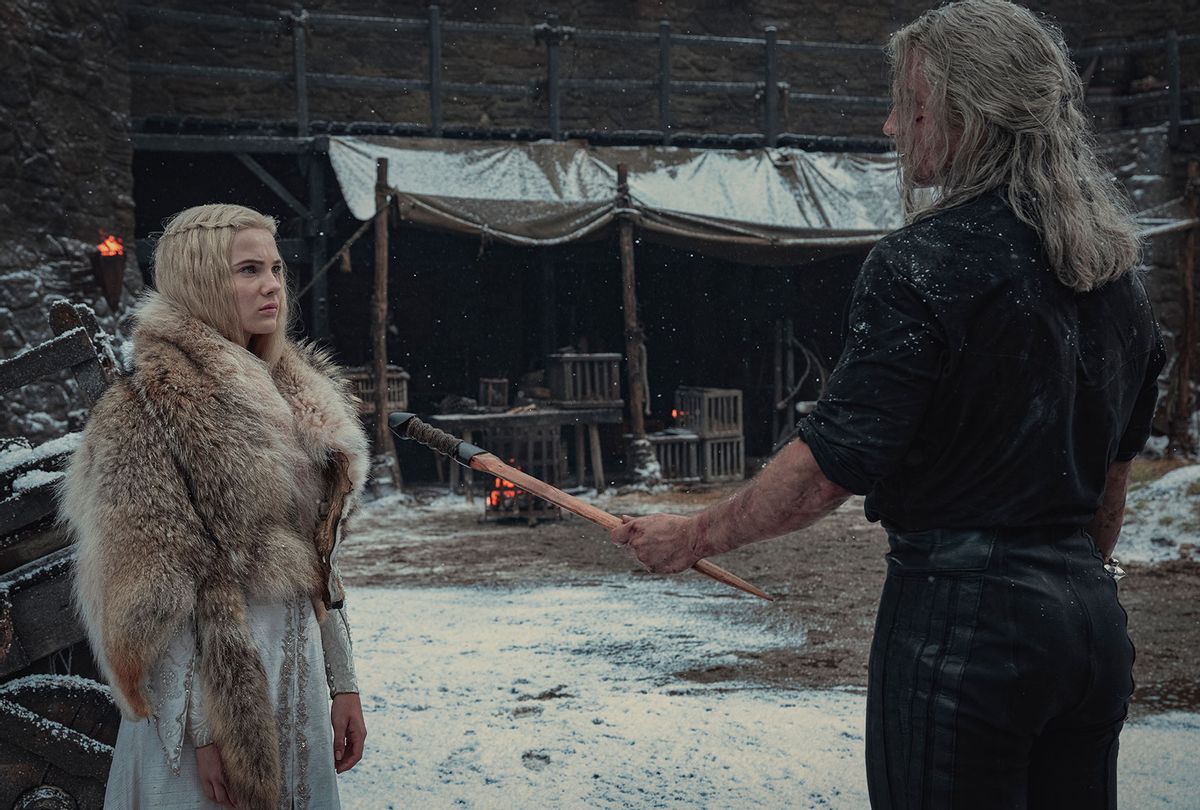 Opening episodes of the first season of "The Witcher" remind me of all the ways that high fantasy, comic books or, really, any type of speculative fiction fandom has long expected women to compromise. Parts of it were a mess of gratuitous nudity and swordplay. Others followed the worn-out script dictating that for women, true power must be earned through pain and trauma.

Netflix's adaptation of Andrzej Sapkowski's tales followed these unspoken rules to the letter at first, as if to assure the franchise's male fandom that Geralt of Rivia (Henry Cavill) and his huge swinging . . . sword . . . still reigned supreme in a TV adaptation steered by a woman.

But even within those introductory hours Lauren Schmidt Hissrich guided the show's gaze away from the genre's standard. Titillation gave way to depth, and the power balance between Geralt and his love Yennefer of Vengerberg (Anya Chalotra) achieved a heated, effective equilibrium thanks to Hissrich's imbuing of Yennefer with ample tenderness and measure of messy humanity that Sapkowski left off his pages.

She never needed Geralt's protection, and the young woman who ostensibly does, Princess Cirilla of Cintra (Freya Allan), meets him for the first time in the season's final frame.

In hindsight this was a brilliant play. This time a woman set the terms of how the audience would enter this world and embrace its heroes, starting with the familiar centering of the hero's might and virility before widening its lens to give Yennefer her due.

Yennefer's initial arc may be marred by an irksome ableist plot twist, and unnecessary obsession with establishing her legacy through procreation, the one power mages cede in exchange for the ability to control chaos. Nevertheless, her story stands on its own as well as she does.

Season 2 gives Ciri that treatment by commencing her hero's journey at Kaer Morhen, the stronghold where the remaining Witchers gather over the winter to recover from the year's battles and reconnect with their elder Vesemir (Kim Bodnia).

It's a dangerous place for a girl, but probably no more so than it is for a boy in that world. Every adult Witcher is a boy that lived through an array of assaults and mistreatment, before being injected with mutagens that might kill you anyway. For every 10 boys they used to take in, three would survive their initiation rituals.

That makes Geralt's brethren disinclined to treat Ciri with genteel favor, something she never asks them to do. And while Geralt's initial instinct is to shield his ward, he soon accepts that his role is to steer her towards realizing her full potential, both as a fighter and a force.

"The Witcher" books don't come close to qualifying as feminist texts any more than the TV version of "Game of Thrones" does. But among the many things this show does right is defy the ancient sword-and-sorcery traditions of the white knight savior and the goodness of some kings countering other rulers' evil. Ciri has immense power that's only starting to emerge, and everyone wants to use it for their own ends, including Vesemir. Hissrich uses this aspect of "Witcher" lore to defy paternalistic fantasy traditions in the second season by highlighting the ways that Geralt isn't simply an able guardian but a stalwart, morally upright ally. 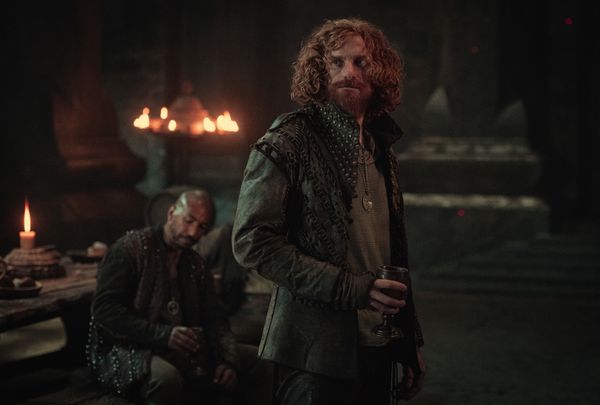 Kristofer Hivju as Nivellen on "The Witcher" (Jay Maidment/Netflix

The season premiere reminds us of this when Geralt drops in on an old friend Nivellen (Kristofer Hivju, aka Tormund Giantsbane on "Game of Thrones") who was cursed to live without love as a boar/bear hybrid by a priestess whose temple he destroyed in a drunken fit. Geralt determinedly breaks the curse, only to discover that he should have left the priestess' sentence stand. A heartbroken Nivellen admits that he didn't merely defile the temple, he assaulted the priestess – meaning he made the upstanding hero reverse a just punishment. And Ciri, who bears witness to this, learns her first hard lesson about the world of men: that the world is full of monsters. She tells Geralt to train her so she can kill them, just like he does.

At first he balks at her request for training, despite her being the granddaughter of a formidable warrior queen, Calanthe of Cintra (Jodhi May). But it's her drive, not her lineage, that wins respect from other Witchers like Lambert (Paul Bullion). Besides, in the first season Cintra was conquered by the Southern empire of Nilfgaard.

Lambert derides her until she throws herself through the brutal obstacle course the Witchers use to train. But they keep pushing her to be less like she was – less of a girl. Geralt's friend Triss Merigold (Anna Shaffer), reins them in once she arrives for a visit, discouraging the notion that a warrior can't also be aS feminine as she desires.

Mages have an interesting part to play in this dialogue after their successful thwarting of Nilfgaard's further incursion into the North in the Battle of Sodden. The kings and the Brotherhood of Sorcerers, which includes both men and women, have Yennefer to thank for their narrow victory. But as the price of turning back Nilfgaard she's lost her powers, one of the few factors that gives her life purpose and value to the guild.

Through a turn of events Yennefer discovers she has a part in a prophecy alongside her enemy Fringilla (Mimî M. Khayisa) and an elven leader, Francesca Findabair (Mecia Simson). While the two of them form a partnership she's left to fend for herself and figure out who she is without chaos at her command.  Standard hero's journey stuff, but worth considering more closely after Yennefer forges an alliance of convenience with a fellow fugitive, Cahir (Eamon Farren), the Black Knight hunting Ciri.

While Cahir's on the run with Yennefer, she's the one who leads, securing them hiding places, shelter and assistance. He could have learned from her example, but why? Eventually he'll have a sword in his hand again. Menawhile Fringilla and Francesca fall back to Cintra and raise a new society where elves and humans live in comity, revealing to Fringilla a power in noble purpose.

This is the same woman who commanded mages working under her to drain themselves into dust as she looked on. In this new place, she's midwifing a future. That angers the men in Nilfgaard she once served.

"The Witcher" books, exciting as they may be, have an air of chauvinism about them Hissrich corrects even more vigorously through these characters, both by centering the story's heroines in all their complexity and by inviting us to more closely study the men around them.

When Cahir returns to Fringilla his view of their mission, and of her as subservient to his command, falls right back into place. At the male mages' school its rector Stregobor (Lars Mikkelsen) passes off an altered legend about a powerful woman that paints her as a source of great evil, but the fabled figure is meant to be a stand-in for Yennefer or her mentor Tissaia (MyAnna Buring).

Before Stregobor can go too far without being challenged, Yennefer's confidant Istredd (Royce Pierreson) corrects his lie by citing historic text, a refutation Stregobor overwhelms with his air of arrogant uncertainty. But he's an example of a someone pushing against a lie no matter how loud it's brayed; if he doesn't say something, nobody will know there's another side to the story that's kinder to lady at the heart of it.

The Continent is certainly a dangerous place. But here, at least, heroism isn't the sole province of the masculine, and femininity isn't equated with weakness.

Having said all that, it's still Geralt's exploits that bards like Jaskier (Joey Batey) sing about in taverns even though Yennefer saves him and others more than once without casting a single spell. Through her story, Ciri's and others connected to them, this adaptation is squarely becoming the inspiration many of us wished that other fantasy series about kings, heroes and monsters could have been, one that doesn't ask us to accept the unacceptable as the price in participating in its fantasy.

All episodes of "The Witcher" are currently streaming on Netflix.