'Nduja is a spicy, spreadable pork sausage from Italy. Here, it's the backbone of an easy 30-minute dinner 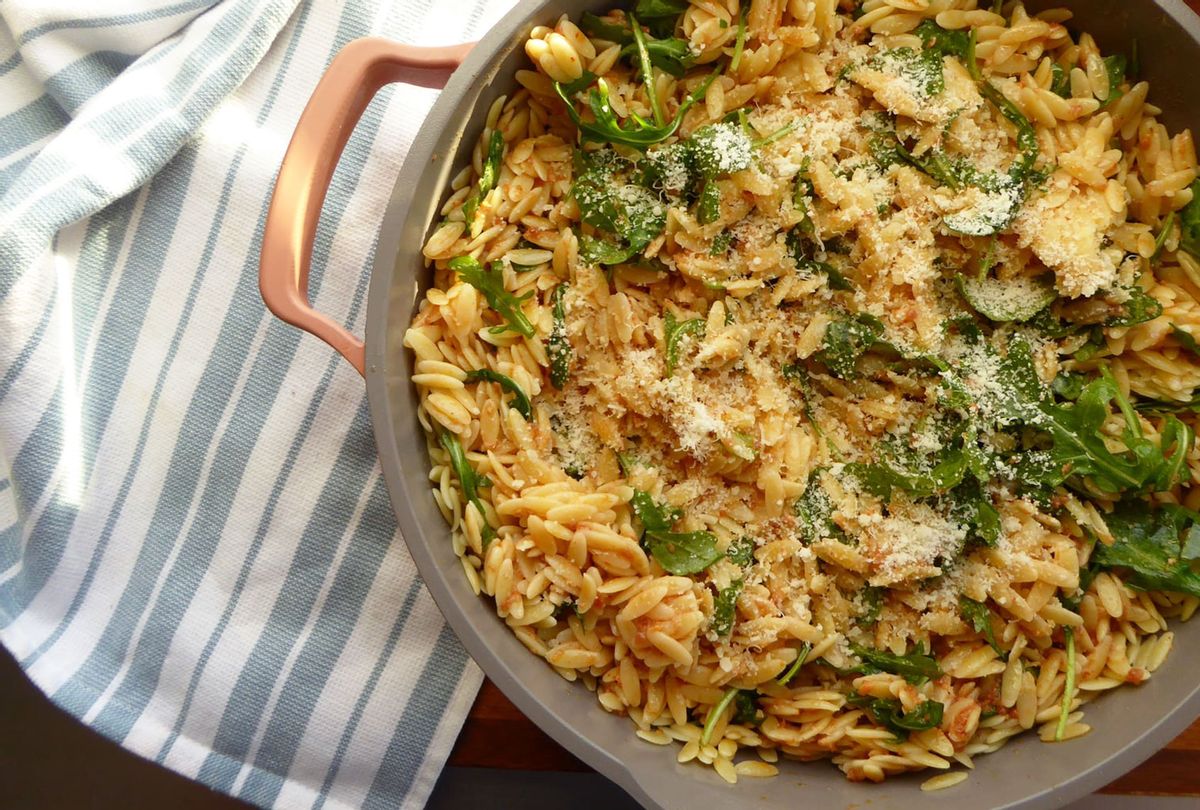 In 2009, Greg Morago of the Houston Chronicle interviewed chef and TV host Claire Robinson, who was in the midst of promoting the fourth season of her hit Food Network program "Five Ingredient Fix." As the title suggests, Robinson, who is a French Culinary Institute graduate, would craft dishes from five ingredients (not counting pantry staples like salt, pepper and oil) that would work for both weeknight dining and special entertaining.

Morago asked Robinson why she had decided on five ingredients. Why not four, six or 10?

"Five is an amount of ingredients I can always remember at the store on one hand, yet still the amount of ingredients needed to put together an amazing-tasting recipe," Robinson responded. "Each recipe is full of flavor but not the end of taste possibility. Therefore, rather than limiting myself, I am choosing the essential ingredients for a wonderful recipe and allowing people to add to it, if they choose, and be a chef in their own home, or just cook it as I do, and enjoy the great flavors I have put together."

RELATED: Cacio e pepe pie is an insanely easy pasta dinner to make on nights when you don't feel like cooking

The series was a hit; it ran for six seasons and 70 episodes. In a recent Reddit poll on which early '00s Food Network fans would like to bring back, "Five Ingredient Fix" was a clear frontrunner, receiving the second highest number of votes.

Food media has changed a lot in the ensuing decade — it's more prevalent and much of it is more tailored to an audience who views cooking as either a competitive sport or an intricate hobby. However, it's clear from that poll that people are still (pardon the pun) hungry for meals that come together simply and quickly but pack a big bunch of flavor.

I was thinking about this the other day when I was short on time and tote bag space on a quick shopping trip. I wanted something celebratory to mark the release of a book to which I'd contributed. However, it was a Wednesday evening, and I didn't have a ton of bandwidth. I thought, "What would Claire Robinson do?" She'd pick five ingredients that really shine individually — and especially when paired together.

I started with orzo, a quick-cooking pasta that kind of looks like jumbo grains of rice. I contemplated a variety of sauces while poking around the store before I came across a small packet of 'nduja, which is a fully-cooked spreadable pork sausage. That was it! A few years ago, I'd had crispy potatoes brushed with 'nduja butter — which was made by simply whipping good unsalted butter and 'nduja together — and the combination was life-changing. Why not use 'nduja butter as a play on simple buttered pasta?

I grabbed a bunch of arugula to add some green to the dish and echo the peppery notes in the sausage, as well as some good parmesan cheese. I left the store with my five ingredients and set to work.

Before we dive in — what are your favorite recipes that are made using five ingredients or less? What "superhero" ingredients do you find yourself reaching for to make a meal feel complete? Let us know by sending us a note at food@slaon.com. (FYI: This recipe was first found in Salon Food's weekly newsletter. Don't forget to subscribe to ensure you don't miss any future editions.)

1. Cook the orzo according to the package directions, reserving 1/2 cup of pasta water before draining.

2. Meanwhile, whip together the 'nduja and butter — by hand or using a small blender — until it's smooth and cohesive.

4. Divide the orzo between serving bowls and garnish with grated parmesan.

Here are five of our favorite five-ingredient (or less) recipes