From animal advocacy to eating a hot dog, there are the many ways to thank the Golden Girl for being a friend 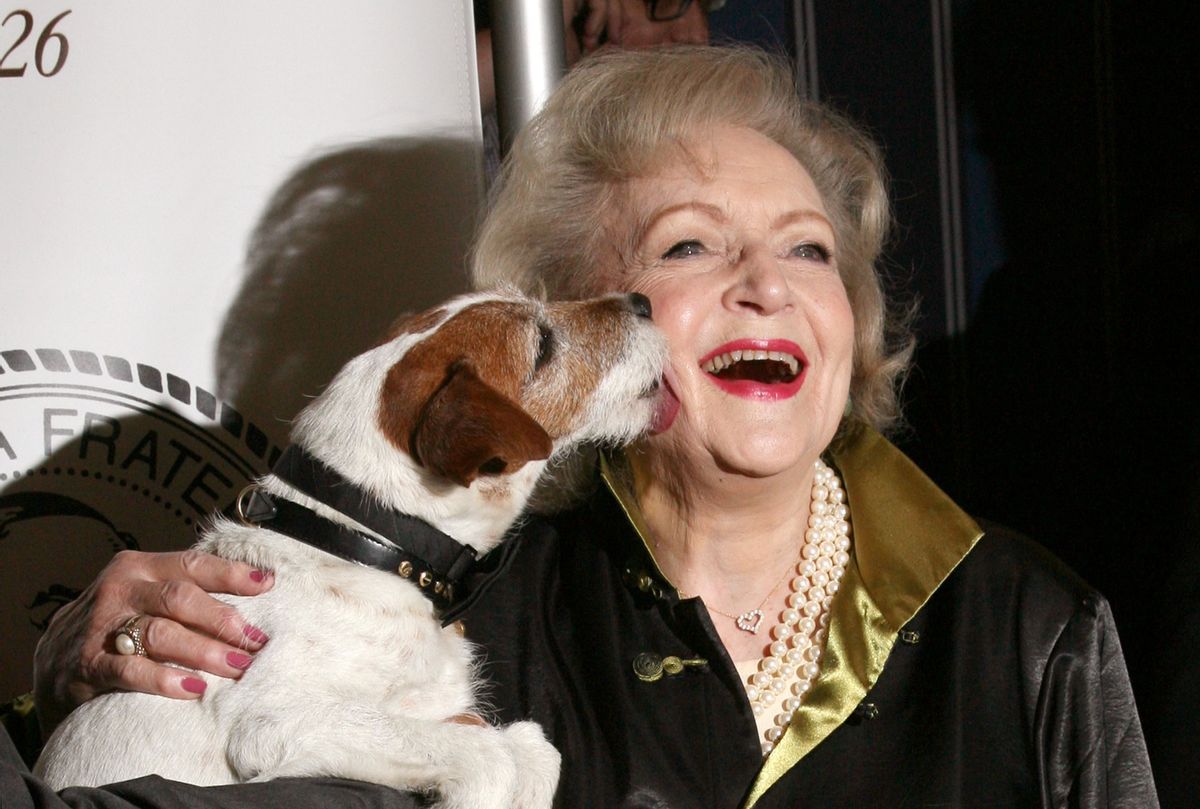 Whether she was on the big screen or our home televisions, Betty White captivated us with memorable performances on "The Golden Girls," "The Mary Tyler Moore Show," "The Proposal" and many more.

The beloved comedian and actress was hailed as a television legend but also made her mark in other pursuits. In 2010, she appeared in the famous Super Bowl commercial for Snickers. That same year, she hosted an episode of "Saturday Night Live" at the age of 88. And throughout her career, she was at the forefront of combatting racial injustice within the entertainment industry in addition to giving voice to the voiceless in her advocacy for animals.

White, who died on New Year's Eve at the age of 99, was just a few weeks shy of celebrating her 100th birthday on Jan. 17. Numerous media pieces and events were planned in anticipation of her centennial, but were abruptly canceled or transformed into tributes with her unexpected passing.

Now that her 100th birthday has arrived, it's the perfect opportunity for fans to do more than just mourn but to celebrate a long life well and truly lived. Salon has compiled some of the best ways to thank the Golden Girl for being a friend.

A documentary film — previously titled "Betty White: 100 Years Young" and renamed "Betty White: A Celebration" — was originally produced in anticipation of her birthday. Now, the film be released as a remembrance of White's life and long television career.

The documentary features behind-the-scenes footage of White's life, including her entertaining at home, working on set and advocating for animals. There's clips from White's most famous television roles along with a lost episode from White's early 1950s sitcom. A slew of guest stars appear, ranging from Carol Burnett and Valerie Bertinelli to Ryan Reynolds and even the late Alex Trebek.

If you feel safe enough to sit in a public auditorium, nearly 900 theaters will play the documentary at 1, 4 and 7 p.m. local time on Monday, Jan. 17. Buy tickets online at FathomEvents or at participating theater box offices. Watch a trailer for the film below, via YouTube.

Hulu has been Betty White Central for a while, and the streaming service had already added new content in anticipation of her 100th celebration. All seasons of "The Mary Tyler Moore Show," "The Golden Girls" and its newly added spinoff, "The Golden Palace," are available, along with the 2009 rom-com "The Proposal," in which White stars as Ryan Reynolds' Grandma Annie.

You might know "The Proposal" better as the movie that inspired the iconic "behind-the-scenes" footage that reveals White's less than golden behavior. Watch the spoof, via Touchstone Pictures:

Meanwhile, "Hot in Cleveland," which follows three 40-something best friends and their newfound lives in Cleveland, Ohio, can be streamed on Paramount+. And the crime drama, "Boston Legal," where White appeared in 16 episodes, is available on Prime Video.

If you'd rather let someone else do the curating for you, Hallmark Channel is running a day's worth of the most popular episodes of "The Golden Girls" in White's honor. According to Southern Living, the selected episodes will "highlight Rose's surprising competitive streak; visits by her St. Olaf relatives; funny career moments from the grief center and assisting consumer reporter Enrique Mas; along with plenty of romance, including boyfriends Dr. Jonathan Newman, Mister Terrific and of course, Miles Webber."

The channel will also air the 2011 romance film "The Lost Valentine," in which Jennifer Love Hewitt and Sean Faris star alongside White's Caroline Thomas, an elderly widow whose husband was declared missing during World War II.

Indulge in a homemade rendition of the "Golden Girls" cheesecake

Katherine Grandstand's recipe for the show's staple dessert touts golden Oreos and a signature touch of orange flavors from the zest and juice of Florida's signature fruit. You can make a different type of cheesecake or just buy one ready-made. What's important is what the confection symbolizes.

After its introduction at the end of the first season, cheesecake became the show's signature late-night comfort food and way to bond with your besties. Be sure to indulge in a generous slice of your own alongside Dorothy, Rose, Blanche and Sophia while they tackle their own problems.

Take the #BettyWhiteChallenge and help a cause dear to her heart

The online movement encourages people to donate to their local animal shelters, welfare organizations and rescue centers to carry on White's lifelong animal advocacy. (You can even see the evidence of her love for animals in numerous "Golden Girls" episodes.)

Some fans have already given to their rescue of choice. But many have targeted White's birthday to make a clear and concerted impact. Celebrities like Trisha Yearwood are even getting in on the action to match some donations.

See the sights and eat lunch in LA

While these final two activities can only be done in Los Angeles, they're representative  how fans are finding many other ways to celebrate the actor locally. Artist Corie Mattie's new mural in Los Angeles on Melrose Ave. honors White and her work as an animal advocate. Along with the mural's simple message — "Be More Like Betty" — is a QR code that allows visitors to donate directly to Wagmor Pets, an organization that rescues and rehabilitates dogs in need. According to TMZ, Mattie's artwork reinforces the aforementioned #BettyWhiteChallenge.

Not too far away one can also indulge in one of White's favorite indulgences: a plain hotdog with nothing but the meat and the bun at Pink's Hot Dogs. The Los Angeles hot dog stand, located near the corner of Melrose Avenue and La Brea Avenue, will honor their famed customer with a new, toppings-free special called the "Betty White Naked Hot Dog." During White's birthday week and in memoriam of her love for animals, all proceeds from the sale will go to the Los Angeles Zoo.