Al Yankovic gets the "weird" biopic he deserves, with the perfect actor to play him

After "UHF" in the late '80s, here's the movie that Weird Al fans have been waiting for 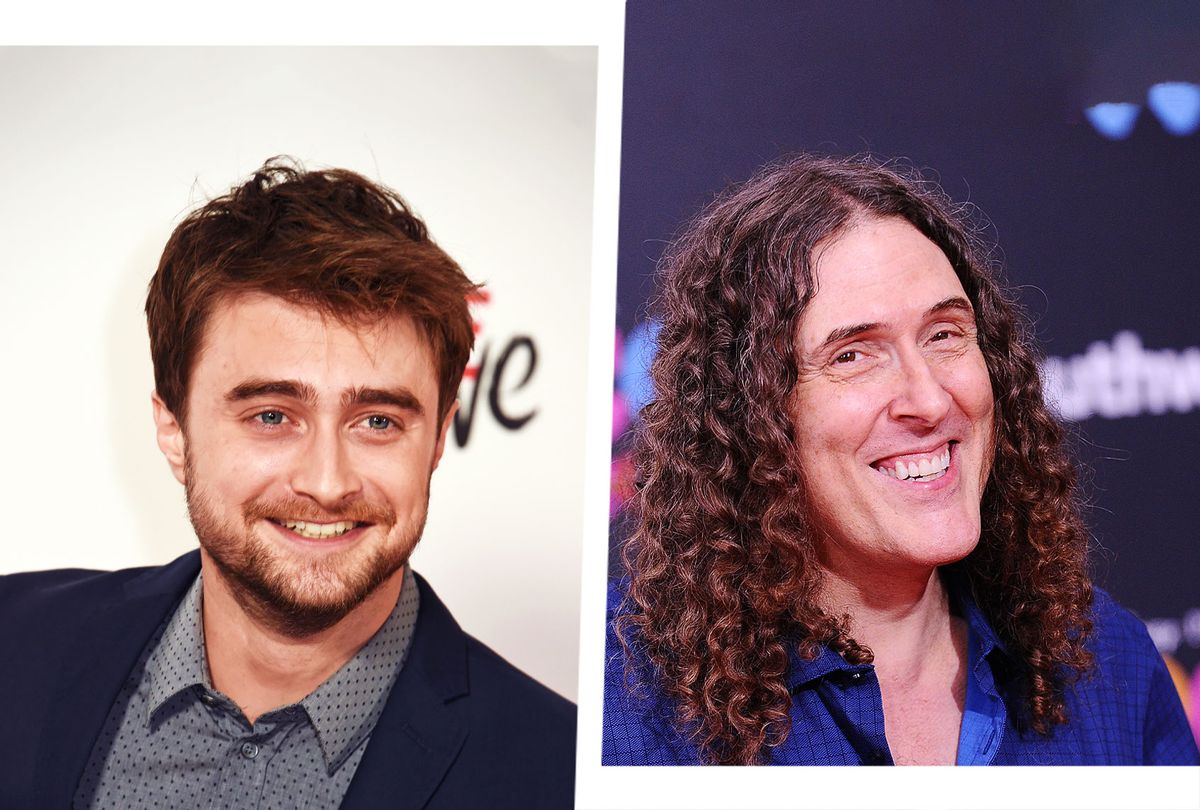 "Weird Al" Yankovic is finally getting the biopic we didn't know we wanted but now understand is necessary. And who's cast to play him already bodes well for the proper "weird" tone for the project.

Playing the younger Al will be none other than "Harry Potter" star Daniel Radcliffe who has officially bagged his greatest and, shall we say, weirdest role yet. He'll play the Grammy-winning musician and pop culture icon in the upcoming Roku Original biopic, "WEIRD: The Al Yankovic Story," Roku announced Tuesday.

"When my last movie 'UHF' came out in 1989, I made a solemn vow to my fans that I would release a major motion picture every 33 years, like clockwork," Yankovic said in a statement. "I'm very happy to say we're on schedule."

RELATED: Weird Al on why Paul McCartney said no to his "Live and Let Die" parody

"WEIRD: The Al Yankovic Story" is written by Yankovic himself and Eric Appel, who previously directed the 2010 short comedy feature of the same name. In addition to reprising his role as director, Appel will serve as an executive producer.

"When Weird Al first sat me down against my will and told me his life story, I didn't believe any of it, but I knew that we had to make a movie about it," Appel said.

The anticipated project promises to hold nothing back and will explore everything from Yankovic's childhood and rise to fame to his "torrid celebrity love affairs and famously depraved lifestyle." Known for his melodic parodies of pop culture and humorous renditions of contemporary tunes, Yankovic is hailed as the biggest-selling comedy recording artist of all time. His 2014 studio album "Mandatory Fun" became the first comedy album to earn a No.1 spot on Billboard's Top 200 list. Yankovic notably had Top 40 hits in each of the last four decades, starting in the '80s — a historical accomplishment also achieved by Michael Jackson, Madonna and most recently, U2. And in 2018, he was awarded a star on the Hollywood Walk of Fame in Los Angeles.

For Radcliffe, "weird" roles are simply the norm considering his unconventional and eclectic repertoire. To follow his star-making turn as Harry Potter, a 17-year-old Radcliffe jumped to a 2007 Broadway revival of playwright Peter Shaffer's "Equus," in which he appeared fully nude to play the troubled and horse-obsessed Alan Strang. Radcliffe also starred as Manny — a flatulence-filled corpse — in the 2016 comedy-drama "Swiss Army Man" and currently plays Craig Bog — a self-sacrificing solitary angel — in the HBO anthology series "Miracle Workers."

"[I] am absolutely thrilled that Daniel Radcliffe will be portraying me in the film. I have no doubt whatsoever that this is the role future generations will remember him for," Yankovic said.

"WEIRD: The Al Yankovic Story" is produced by Funny Or Die and Tango and will be available exclusively on The Roku Channel. Yes there is a channel on your Roku device that actually has content. Production for the film will start in February.