For Jamie Dack's feature debut, she spoke to Salon about creating a "protagonist as a proxy for my younger self" 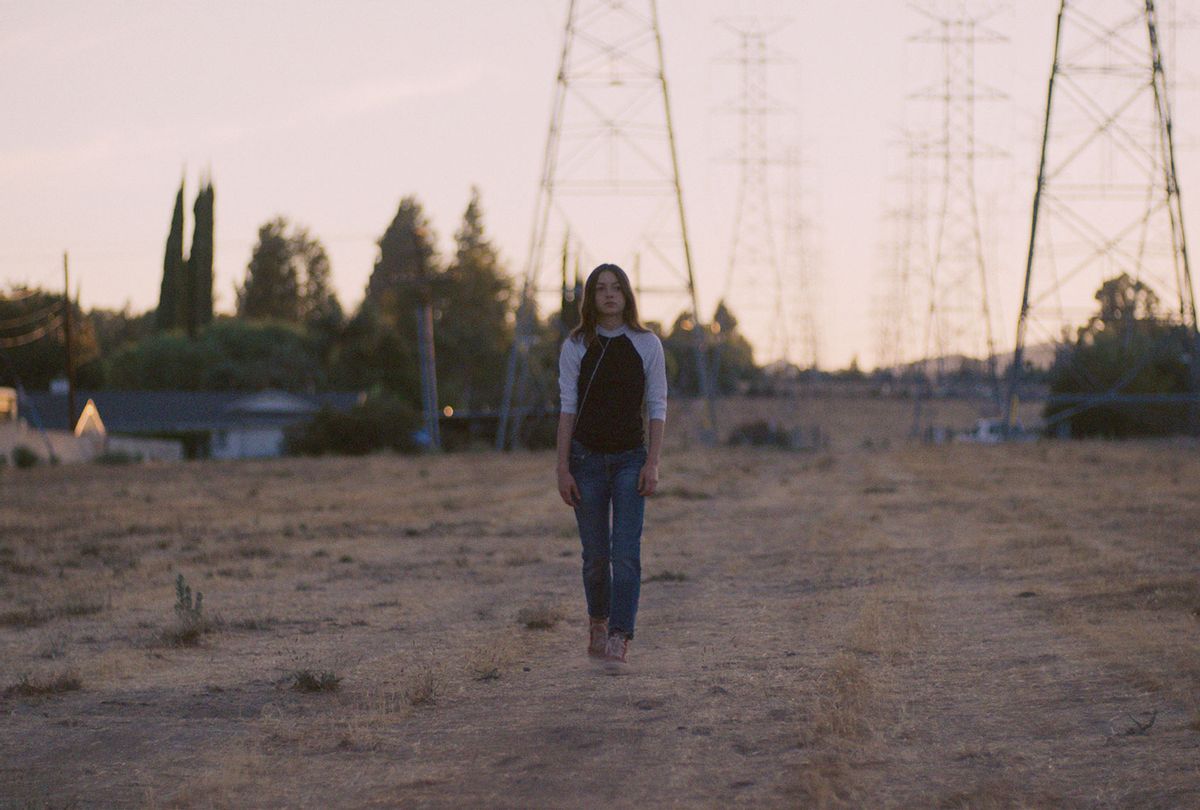 Jamie Dack's auspicious, audacious feature debut, "Palm Trees and Power Lines," artfully tackles that very delicate subject of teenage female sexuality. The film, which Dack says is an adaptation (not an expansion) of her 2018 short of the same name, just had its world premiere at the Sundance Film Festival.

Lea (Lily McInerny) is an aimless and restless teenager waiting for something to happen one summer. She hangs out with her friend Amber (Quinn Frankel), as well as some guys from school, but when she meets Tom (Jonathan Tucker of "Westworld") outside a restaurant — and he accompanies her home — something sparks, and she is drawn to him like a magnet. Yes, Tom is charming, seductive, and twice Lea's age, and Lea gives him her number because she is anxious to meet up with him again.

RELATED: The six ways we talk about a teenage girl's age

"Palm Trees and Power Lines" is very much in the vein of Joyce Chopra's seminal film, "Smooth Talk," and as in that drama, Dack conveys the power dynamics between a much older male and a teenage female. Dack also deftly captures the tensions between Lea and her single mother (Gretchen Mol, "Boardwalk Empire"), but her strength as a filmmaker is depicting the tonal and emotional shifts as the relationship between Tom and the teenage Lea becomes more intimate and intense.

The filmmaker spoke with Salon during the Sundance Film Festival about her canny debut.

Can you talk about your approach to depicting teenage female sexuality? I'm curious about the tone here.

The entire film is grounded in Lea's perspective, including the way we shot it — she is in every scene. I want people to see her perspective. One thing that was very intentional was that I did not want Lea to be a virgin who loses her virginity to this older man. She is a sexually active teenage girl.

The camera at times objectifies the girls emphasizing their youth and vulnerability, whereas Tom's character exudes magnetism, eroticism, and power. Can you talk about creating those very potent images?

I definitely did not want to sexualize the girls. I was very conscious that I was making a film that while our actress was 22, she was portraying a 17-year-old. It was very delicate. The themes of my film — Lea's boredom — meant there were going to be scenes of her tanning. Teenagers wear skimpy bathing suits, and that was true to life. I love those scenes where she is tanning, but I really didn't want to sexualize them. If there are moments where they feel sexualized, I like that they are in contrast with other moments where Lea looks like a little girl. She's dressed in a baggy vintage t-shirt or carries herself in a very childlike way. That contrast — she is old enough to get into this relationship with [Tom], and have this situation happen — but she's a child. Regarding Tom, it was so weird for me to go into the casting and say he has to be attractive. But that had to be one of the physical characteristics; it is part of what draws her in. It's not the only thing, by any means, but it is critical. The shot at the beach, where we pan up his body is the female gaze of what she is seeing.

You expanded your short for this feature. Was it always your intention to tell this particular story? What prompted you to take the direction you did in the film?

Shorts, by nature, are obviously condensed. In successful shorts, you can only tackle a few things. I made my short about my experiences as a teenage girl and some relationships I had — being in suburbia, and being bored, and insecure, and lonely. I didn't make the short as a proof of concept for a feature, but even as I was making it, I knew I had only just touched on some of these themes from my life. I began writing the [feature] script after the short premiered. In the short, Tom was supposed to be as old as he is in the feature, but I hadn't found the right person. When I wrote the feature, it was clear he was double her age. I toyed with him being in his 40s — that was a very important part of the story — and his manipulation of her and his grooming tactics were going to be a big part of the plot. Writing this and exploring my own experiences allowed me to use the protagonist as a proxy for my younger self — what had happened to me, and what could have happened, or could have gone wrong.

Lea is really malleable. She can come across as a dreamer with desires that may not match her reality. She trusts Tom, even though his behavior raises a couple of red flags. We root for her and ache for her as she makes bad decisions, but she is young and testing her limits. What do you want viewers to think about Lea?

A huge concern for me in the writing was: I don't want people to think Lea is dumb. She is a teenager. Her brains, impulse control, and decision-making are not fully developed. In Lea's case, her father is absent. Her mother is there, but not really. She doesn't totally fit in with her friends, she feels isolated. In my opinion, it is this perfect storm of step up that leads her right to Tom's manipulation. Hopefully, even if [viewers] have some sort of judgment about her, they also are able to understand what he did, how he did it, the order he did it, and get how she ends up there.

This is a story that shows a young woman who is navigating treacherous territory with the boundaries of sexuality. What decisions did you make about what is appropriate, what is consensual, when and how, and what lines to cross?

I really think that there is going to be — and I want there to be — a dialogue around what consent means in this film. Technically, Lea says "OK," but does she really say OK? I don't want to express my opinion about what I think this means. All I want to say is that there are so many things about this film that will be controversial for certain people but that is the crux of it. We tried an edit of that scene where she nods and doesn't say, "OK." It says "OK" in the script. It is all the more complicated and all the more powerful that she speaks the words OK, but I don't believe that she has given [consent].

How did you work with Lily McInerny on portraying Lea and what did you discuss with Jonathan Tucker to make their relationship feel both real and creepy?

Lily read script, and we met up, and I was immediately vulnerable with her with specific details of my personal experiences. If I was ever going to ask someone to do what she was going to do in this film I wanted to bare my soul to her. She in return shared a bunch of experiences with me of ways she related to this character. We talked about Lea and developed this love for her and felt protective of her, and it was me wanting to protect my younger self.

With Jonathan and Lily, it was a challenge to create the tension because we couldn't shoot in order. I needed to create intense intimacy and comfort between then, but I needed them to be completely uncomfortable for [other] scenes. At times, I had to physically distance them and tell Lily, "Don't look at him." I joke that Jonathan could be cult leader. He is a charismatic, charming person. He was perfect for the role.

Lea thinks she can control things but may not be equipped to handle all she encounters. What do you want audiences to take away from Lea's experiences?

I want people to understand how this happens; that this manipulation is a lot closer to our realities than people think. Please think this happens to someone else, somewhere else. People would watch the short — an insanely tamed-down version of this — and I lost track of how many people told me they related to this story. So many women have experienced something like this, whether in a small way or unfortunately, in a rather concrete way. I want people to feel they were represented and that this is a story they can relate to that they wouldn't normally get to see.