Could a super-deadly flu like the one in "Station Eleven" really exist?

In the show, a flu with a 99% fatality rate and no incubation period wipes out the world. Could that really happen? 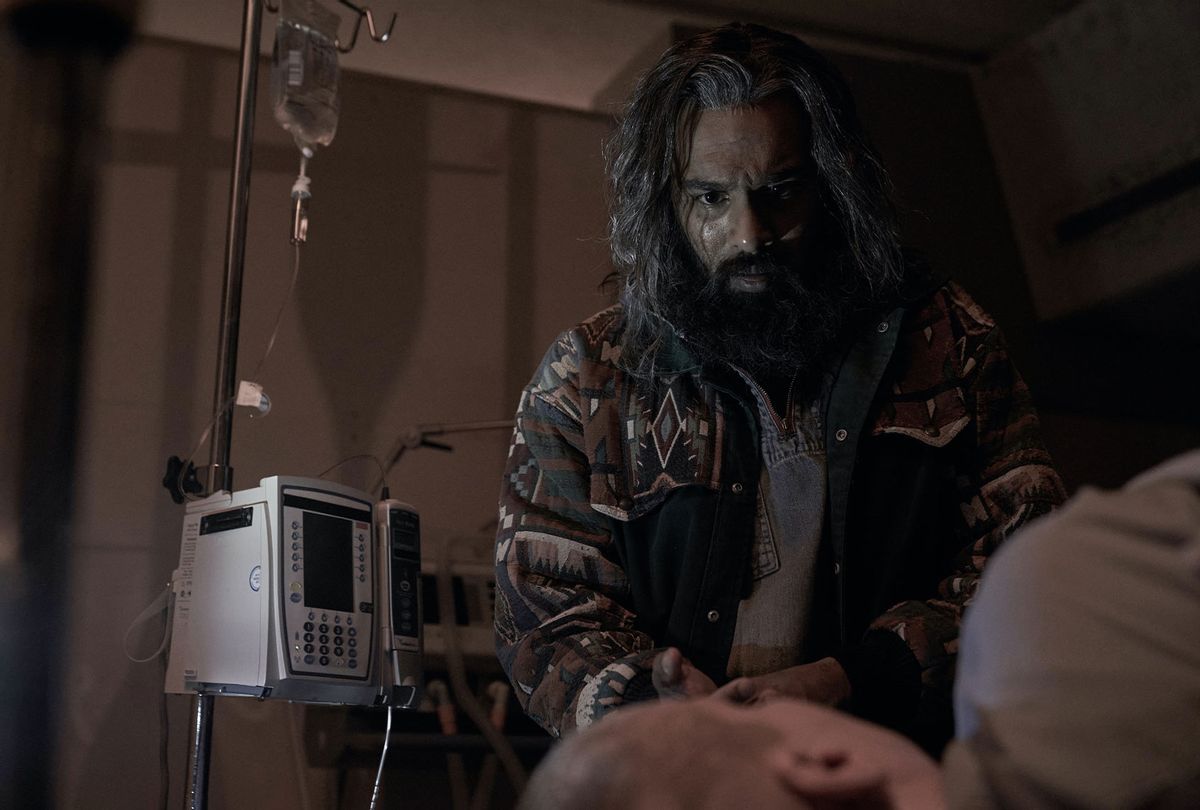 In "Station Eleven," what's left of humanity exists in a post-apocalyptic world after a very deadly flu outbreak kills most humans 20 years prior to when the show begins.

The HBO Max series is based on the 2014 novel of the same name by Emily St. John Mandel, written way back when COVID-19 was just a twinkle in a bat (or a pangolin's) bloodstream. Though it might feel a bit too close-to-home to watch mid-pandemic, the limited series does showcase some survival skills for a worst-case scenario of complete social collapse amid a pandemic. Plus, while there are some painful parallels between today's pandemic and "Station Eleven," there is relief in knowing that COVID-19 is nowhere near as socially destructive as the catastrophic flu of the book and TV show.

Indeed, the fictional flu in "Station Eleven," which is dubbed the "Georgia flu," has a 99 percent fatality rate and thus offers its victims little hope of survival. Not only is it super-deadly, but the characters explain that it has "no incubation period," presumably meaning it starts spreading immediately after someone contracts it.

On the show, people die within hours of showing symptoms — at their steering wheels, or while performing on stage, like one of the main characters, Arthur Leander. The rapid spread and high death rate results in a total collapse of civilization within months, as electricity, water and the internet cease to function. Those who do survive do so by luck or foresight — either because they had the resources to quarantine themselves for months in their homes, or because they were stranded at an airport and never left.

Science fiction is meant to stretch what is feasibly possible, and "Station Eleven" is not highly fantastical sci-fi by any stretch of the imagination. But how much science is in this fictional world? In other words, could an influenza virus experience an antigenic drift (small mutation) that could match what's depicted in "Station Eleven?"

"Scientists just always hesitate to say 'never' because that's such a large word, but essentially, never could we anticipate that there would be a pathogen that has characteristics, each of which are so extreme, that it's at the very end of what we think can happen on occasion," said William Schaffner, a professor of infectious diseases at the Vanderbilt University Medical Center. "It's never from an evolutionary perspective in the pathogen's interest to kill every human being or every animal that it infects, because very quickly it will run out of people to infect and that has no evolutionary advantage to the virus — because all of a sudden it will come to a dead end."

Indeed, it is generally understood among scientists that viruses usually evolve to become more transmissible — not more lethal. Schaffner pointed to the omicron variant of SARS-CoV-2 as an example.

"You can have an extraordinarily contagious virus, we see that right now with COVID," Schaffner said, noting that COVID-19 is close to being the "most contagious virus ever studied." "But even so, it has limitations," he added.

Leonard Mermel, a professor of medicine at the Alpert Medical School of Brown University, agreed.

"It would not make evolutionary sense for a pathogen to have 99% mortality towards its primary host," Mermel said. "If a pathogen killed just about all their hosts, it would be unlikely to pass on those genes, as the hosts would die and so would they."

Mermel added that in the case of deadly flus, humans often aren't the primary host of many viral flu strains.

"As is the case with avian (bird) flu infecting humans, mortality can be high — such as ~50% mortality with H5N1 infections in humans," Mermel said.

"Well, if there's no incubation time, that means from the moment of exposure to the moment of developing symptoms, that would be very, very brief," Schaffner said. "Now one of the things that that would do for the virus, that's to the virus' disadvantages, is that would immediately make that person sick and not able to get around as frequently — therefore, it would make it harder for the virus to spread."

Schaffner explained that COVID-19 and the flu usually are infectious for 24 hours or more before a person actually feels sick, allowing an infected person to move around and come into contact with people and spread the virus.

Mermel agreed that the idea of no incubation period "does not make sense."

"An infectious agent such as a respiratory virus like flu must be deposited on a mucous membrane (mouth, nose, eyes) and then invade a susceptible cell, utilize its genetic material to build many virions in that cell, then release those viruses to infect other cells, etc.," Mermel said. "So this takes time accounting for what we call an incubation period."

Mermel said that the only way to avoid an incubation period from an infectious agent is via "toxin production."

"Some forms of food poisoning such as from staph or bacillus cereus occur just hours after a contaminated meal due to the effect of the toxin rather than the bacteria infecting cells and reproducing and infecting others cells and so on," Mermel said. "However, toxin production to the best of my knowledge is not part of human viral infections."

Monica Gandhi, an infectious disease doctor and professor of medicine at the University of California–San Francisco, agreed.

"There is always an incubation period," Gandhi said. "I can't see this ever happening."