KFC's vegan nuggets are unremarkable, but here are 2 reasons why you should still try them

When my delivery order arrived, my cat lost his mind. Perhaps an indication of how "realistic" the nuggets smell? 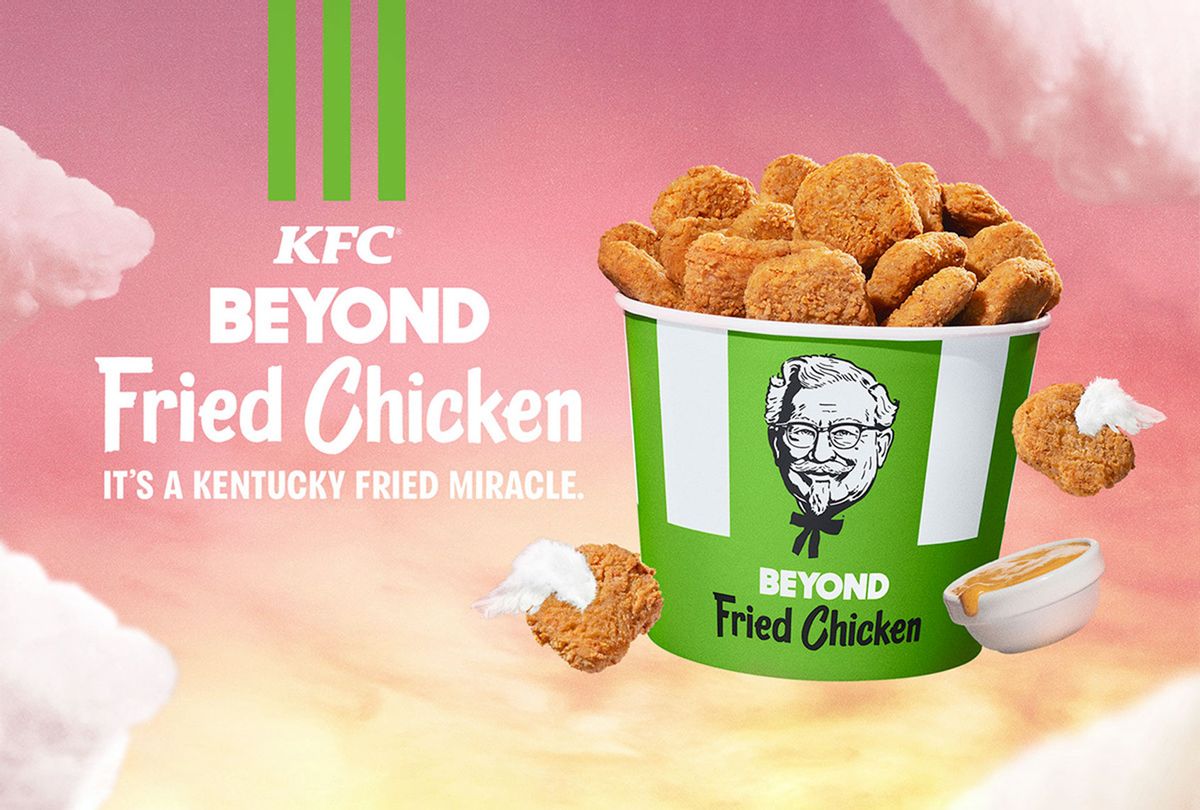 When considering a plant-based diet, there are plenty of factors to think about: accessibility, cost, food preferences. One thing that may be left as a secondary thought is perhaps one of the most gluttonous as well: convenience.

The excessive luxuries of living in the rockin' USA sure are limited when you decide to stop eating meat and dairy. I have been deprived of many of my birth rights as an American, like getting a dollar slice of pizza after a night out or wandering to the McDonalds of my suburban college town like a liquor-filled zombie to slowly munch on fries and nuggets.

Times are changing, and the denizens of convenient fast food are finally recognizing it. Burger King led the pack with the release of the Impossible Whopper in 2019, and Dunkin' Donuts tested a Beyond breakfast sandwich in 2019 as well. While the US has been slow to release other plant based friendly options in comparison to the UK or India, other chains have introduced or considered adding these types of options to their menus.

RELATED: Sexy Colonel Sanders? How the face of KFC became a (kind of weird) sex symbol

It is important to note that KFC explicitly states that the nuggets are not considered "vegan," because they are cooked in the same fryers as the regular fried chicken. As someone who has been vegan-ish for roughly 6 years, I have come to recognize that this is the case with most restaurants, and is part of the gamble of eating out. Whether you need a disclosure to recognize this or not is up to your discretion.

I ordered the 12 piece Beyond nuggets combo, which came with a drink and a side. For my side, I got the secret recipe fries (vegan) and a classic lemonade. This was priced at $14.99. Because I live in the best city on earth, the total cost with delivery fees and tip was around $31, which is actually pretty damn expensive considering it's just nuggets and fries. (However, while writing this review I realized that I could have gotten a 6 piece for half the price that would've probably been a better idea.)

When I received my order, the food was still hot, and my cat Martin began to lose his mind, which may be a good measure for how realistic the chicken smelled. As I began to open the boxes, I was reminded of the few childhood experiences I had at KFC with that savory, peppery aroma I can really only describe as the scent of fried chicken.

The nuggets themselves are pretty unremarkable, but in exactly the right way. The outside is fried and crispy, and has that signature KFC spice blend, and the inside feels and tastes extremely similar to your typical white meat nugget. The Beyond meat has a good consistency to it, even providing that fibrous grain that real chicken has when you rip it. Some of the nuggets felt  a bit overcooked and were on the dryer side, but there is only so much I can expect from the local underpaid employees at my nearest KFC franchise.

I think these nuggets are solid and worth trying for two reasons: one, they have treated the plant-based meat in almost exactly the same way as the regular meat, and as a result, the final product with all the dressings (like a dip of honey-mustard, also not vegan) is basically indistinguishable from a regular nugget. What it lacks in bite compared to an actual thigh or leg piece, it makes up for with the knowledge you will never get a weird bit of gristle thrown in there.

But the second reason, and perhaps the most persuasive (to me, at least) is the giddy rush of excitement you will get from getting to participate in the ease of not having to stress about food. I placed my order and received it within 25 minutes, perhaps the fastest delivery transaction I have ever participated in.

Is fast food a good substitute for slow cooking, the newest frontier for vegan cuisine, or a healthy option to go for in a pinch? Absolutely not! But if you are plant-based and seeking to appease the dopamine gremlin in your brain with a quick hit, then these KFC Beyond nuggets are worth a try.